Editors’ note: PoP’s Cheng Nien Yuan weighs in on the Bicentennial just prior to fellow PoP member Wayan Jarrah Sastrawan’s participation the Asian Civilisations Museum’s symposium on “Revisiting Raffles” (March 8-9), held in conjunction with the exhibition Raffles in Southeast Asia. The symposium is free and open to the public; RSVP info here. Stay tuned for more on Jarrah’s experiences and contributions later this month.

When it comes to historical matters, Singaporean institutions and their spokespersons have done more nervous backpedaling than I have while riding a bike in Sydney traffic.

In some instances, such hasty moves were prompted by (extremely) ill-considered branding manoeuvres which resulted in PR catastrophes. In recent memory this includes the public outcry after a World War II exhibition in the Former Ford Factory was named the Syonan Gallery in 2017, which seemed to legitimise the name the Japanese gave Singapore during the Occupation and provoked traumatic memories. The exhibition’s name was subsequently changed to “Surviving the Japanese Occupation”. A few months prior to this incident, The National Gallery Singapore also proved itself painfully tone deaf when it named its inaugural fundraiser’s theme “The Empire Ball”. In a Facebook post, Malaysian artist Yee I-Lann pointed out, in no uncertain terms, the incongruity and sheer hypocrisy of having such a ball—with people in fancy dress clinking champagne glasses in a former colonial building—while at the same time hosting an exhibition (that Yee was a part of) that purported to give voice to contemporary postcolonial artists. The National Gallery responded with some loud throat-clearing and renamed their fundraiser in the safest terms: “Gala 2016”. In my observations, the Singapore Bicentennial, a painstakingly curated year-long event this year which marks the 200th anniversary of Sir Stamford Raffles’ arrival in Singapore, is facing the same issues as the National Gallery did in 2016—albeit in a more protracted, tacit, and less spectacular way. PR failure by a thousand cuts, if you will. But to know why this is the case, one has to first understand that Singapore’s history, as it stands today, is foundationally based on the state and its institutions backtracking on and repurposing what has been said before.

The biggest backpedal of them all?

In a seminal speech in 1984 by then-Second Deputy Prime Minister S. Rajaratnam called “The Uses and Abuses of the Past”, he states: “Our [the government’s] decision to name Raffles the founder of Singapore is an example of the proper use of history”. It was an extraordinary speech that declared the objectivity of certain historical facts while at the same time plainly announcing the Singapore government’s role in deciding which facts were most important for “proper” history. 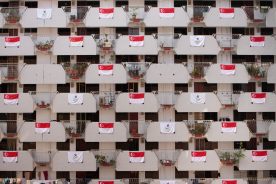 With Rajaratnam’s speech as the backdrop, an event like the Singapore Bicentennial should be a no-brainer. Singapore as we knew it began with Raffles, so let’s commemorate Raffles. 1819 was the beginning of history.

But, in the last few years, the “proper” use of history has shifted in the eyes of the state. The idea of “Singapore” history going back seven hundred years has become incorporated into the Singapore Story in schools and beyond, despite the fallacy of assuming a political continuity between modern states and the premodern polities whose territories they happen to overlap. In May 2018, Law Minister Indranee Rajah (teleologically) claimed that “[w]e sometimes forget, but our history is not short. It’s a 700-year journey through time and space that has made us the people that we are, and given us the attributes that are now part of our uniquely Singaporean DNA”.

Instead of “1819”, “700” has become the new magic number in The Singapore Story in the state’s never-ending search for national identity.

The Singapore Bicentennial and its inherent contradictions

The above is why the Singapore Bicentennial committee and its partners have the unenviable job of having to foreground Raffles and 1819 while at the same time hastily reassuring the public that no, “Singapore’s history is more than just one date, or one man”. The Singapore Story wants its cake (1819) and to eat it too (700).

This also explains the hemming and hawing evident in the “About” page of the Bicentennial (which I urge all of you to read), especially in the Frequently Asked Questions. Among other things, the committee repeatedly attempts to (non-)explain through the vague use of linear time and simple mathematics why the Bicentennial is about Raffles but not about Raffles: “our history is a 700-year journey going back 500 years before 1819, and forward 200 years to 2019. 1819 was a turning point in that journey that set us on a new trajectory.” (See also this introductory video). Screenshot of the FAQs on the about page of the Bicentennial on the official website.

The unstable foundation of the Bicentennial was most evident in a recent critiques on Facebook of the exhibition ‘Raffles in Southeast Asia: Revisiting the Scholar and Statesman’ in the Asian Civilisations Museum. The conversations that arose from these critiques are arguably the most wide-reaching and important ones about the Bicentennial thus far, the memes about disappearing statues notwithstanding.

By claiming to offer “new perspectives” about Singaporean history and by performing stunts which do not immediately kowtow to Raffles as colonial master, the Bicentennial has so far been appropriating a seemingly more “progressive” approach to history that would be more palatable to a 2019 audience. The ACM exhibit, which ostensibly portrays Raffles as a bumbling “ignoramus”, is yet another step in this direction (“Who says we’re colonial apologists!”).

The incisive commentary of the exhibit on social media, however, stopped the curators of the exhibit from patting themselves too much on the back. Please see Faris Joraimi and Ng Yi-Sheng’s reviews, Alfian Sa’at’s account of an accompanying talk with the curator, and Sai Siew Min’s observation about a particular section of the exhibit.

The crux of their critiques is this: the exhibit contradicted itself at every turn, in wilfully ignorant and dangerously uncritical ways.

According to Ng, the exhibit promised, through sensationalist advertising, to answer the questions “RUTHLESS OR RIGHTEOUS?” “SCHOLAR OR SCOUNDREL?” “EXPLORER OR INVADER?”, before proceeding to break that promise with displays that erased all trace of injustice and bloodshed that directly resulted from Raffles’ actions. The reviewers, especially Alfian, Faris and Sai, critically interrogated the function of words such as “complex” or “nuanced”—liberally used by the curators of the exhibit—to perform this erasure (indeed Sai asks an appropriate question: “What is ‘simple’ and ‘complex’ European subjugation?”). Fundamentally, this exhibition fails to include any new perspectives or accord any agency to Southeast Asians, especially the Javanese, by centring the exhibit around Raffles, through Raffles’ acquisitory gaze.

As a key event of the Bicentennial, this exhibition embodies why the Bicentennial was never going to work. You can’t undermine a colonialist by putting him on a pedestal. You can’t claim to want new perspectives or, under a veneer of criticality, to introduce “nuance” and “complexity”—after years of perpetuating reified, one-dimensional narratives—without actually saying anything really new. This is the result of the committee wanting to do too many contradictory things at once, to give a performance of progress without actually enacting it. As part of the Bicentennial, the statue of Raffles ‘disappeared’ for a short six days, prompting a flurry of social media discussion (and memes). Rest assured, it is very much still standing. Photo via TODAYonline.

The Bicentennial and state-led storytelling

What’s holding progress back? The role museums and other state-led institutions should play in provoking important discussions about the past has always been an important conversation to have. But in Singapore it goes without question that the state has the main starring role. As evidenced by commemorative event after commemorative event in the past decade (half the FAQ on the Bicentennial website is dedicated to justifying why we have SG200 right after SG50), the state is deeply anxious for Singaporeans to engage with the past, but equally anxious to control the exact manner of engagement. 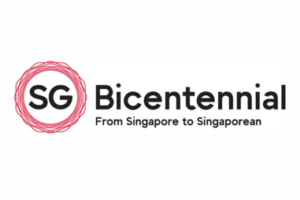 Right now, this engagement is done through what I call the storytelling state—the Bicentennial is its most recent iteration. It is an attempt at “reimagining Singapore’s history through storytelling” by “giv[ing] voice to communities who might have been left out of the broader historical narrative”, except the state does all the actual telling. In the storytelling state, history is outsourced by the bureaucracy to marketing corporations and film production teams. The past is a branding exercise that you buy into: “Just Do It.”; “Finger Linkin’ Good”; “From Singapore to Singaporean” (c.f. “KFC creates real-life statue of Colonel Sanders by the Singapore River to commemorate the Singapore Bicentennial”.)

Unlike the relatively straightforward top-down approach of Rajaratnam’s era (“this is the past and we say so”), the storytelling state gives an illusion of democratic engagement and inclusivity of voices.

This debate surrounding “Raffles in Southeast Asia” cracked open a vital discussion about the uses and abuses of the past, about the construction and curation of historical narratives. But that’s the elephant in the room that goes against the kind of engagement the state desires. As such, mainstream media has thus far failed to address this debate at all, despite its prominence on social media. Whether it be SG50 or SG200 (or SG700), sincere critical perspectives remain elusive. And that is the main reason why the Singapore Bicententennial was never going to work.