Blood and marriage in Cambodia 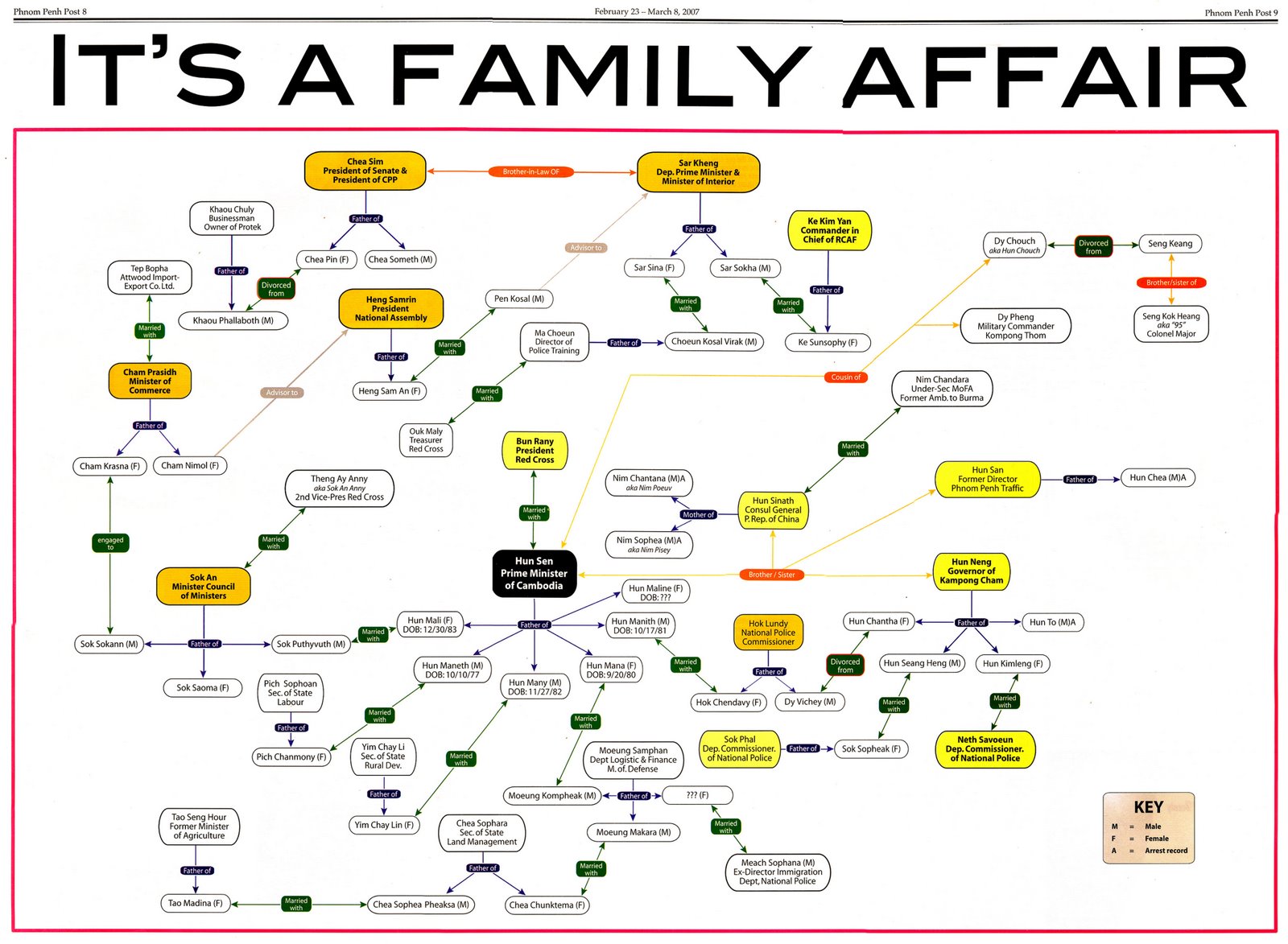 The Phnom Penh Post‘s February expose on intermarriage and blood links among members of the CPP’s political elite finally confirms what many have long suspected – that political alliances and loyalties in Cambodia are built solidly on the well trodden grounds of nepotism and arranged marriage.

A commentary on the article notes that:

Significantly, the CPP’s family connection is emerging simultaneously with a waning of the royal family’s influence over national politics. Ever since Hun Sen and his inner circle of friends and advisers ousted former prime minister Prince Norodom Ranariddh in a 1997 coup, the royalist Funcinpec party’s political fortunes have waned.

The consolidation of power through deepening familial ties amongst elites comes as no great surprise however. Cambodia is one of the poorest countries in the world and is noted for its long history of civil war and foreign occupation; state power and control, be it colonial, royal or otherwise, has always been patchy at best. Far from imposing systematic rules and regulation, power in Cambodia is reliant on intimate personal relationships to ensure the kind of obsequious behaviour that only one’s in-laws could inspire.

[Maylee Thavat is an ANU PhD scholar working on development and commodity chains in Cambodia.]