New Mandala provides anecdote, analysis and new perspectives on Southeast Asia. It devotes its attention to the politics and societies of Southeast Asian countries, and their connections with one another. New Mandala has a proud record of contribution to scholarly and popular debates and played a pioneering role in the digitisation of Southeast Asian studies.

New Mandala is hosted by the Australian National University’s (ANU) Coral Bell School of Asia Pacific Affairs in the College of Asia and the Pacific. The editor of New Mandala is Dr Elly Kent.

Contribute
Find out how to send us an article or make a contribution here.

History
New Mandala was established in June 2006, with co-founder Dr Nicholas Farrelly editing and running the site until 2015. James Giggacher edited the site from May 2015 to March 2017. Liam Gammon took over in April 2017 and was the editor until July 2019, followed by Dr Rebecca Gidley. New Mandala was first established to focus on Thailand and Myanmar but has since expanded to cover the entire Southeast Asian region, and even surrounding provinces and countries. You can read more about New Mandala’s co-founders’ reflections on the history of the site upon its 10th birthday in 2016.

New Mandala is grateful for current and past financial support from a number of institutions. New Mandala only accepts such support on the condition that donors play no role in editorial decision-making. The views expressed at New Mandala should accordingly be considered contributors’ personal opinions, and not representative of the views of New Mandala’s individual editors, the Australian National University, or other donors and partners. Visit the Collaborations page to see a list of past and present partnerships. 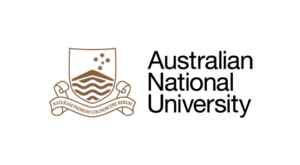 The Australian National University has been proud to host New Mandala since the site’s founding in 2006. The ANU is a world-leading centre for research and teaching on the Asia Pacific region, and has a celebrated history of contribution to the study of Southeast Asia that continues to this day. New Mandala’s home base within the ANU is the Coral Bell School of Asia Pacific Affairs at the College of Asia and the Pacific. New Mandala works with the ANU Malaysia Institute and the South Asia Research Institute (SARI) to support specialist commentary on Malaysia and South Asia respectively.