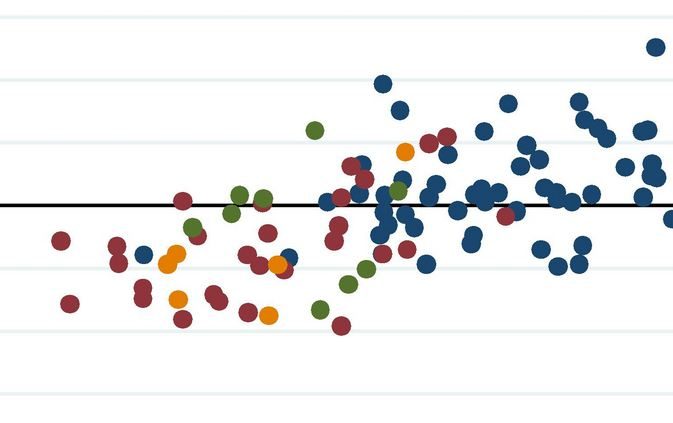 A first pass at the GE13 results

On 5 May 2013, Malaysians went to the polls for the country’s thirteenth general elections. The results are now in, with the Barisan Nasional government eking out its narrowest ever parliamentary victory of 133 seats to Pakatan Rakyat’s 89.

I spent a sunny afternoon in Ithaca collecting the vote returns from the New Straits Times online GE13 portal–the only site from which I could reliably scrape the data, a result of what must have been one of the heaviest nights of internet usage in Malaysian history. The data that I have included here should probably still be seen as preliminary. Nevertheless, they yield a simply incredible graph which will almost certainly go down in Malaysia’s political history as defining the 2013 results. These results show a crushing defeat for MCA, Gerakan, and PPP. MIC had no great turnout either, but this probably isn’t so bad considering how few races MIC contested. And overall, the peninsular results can be predicted remarkably well using just the percentage of the electoral district’s population which is Malay. (The data on ethnicity is from 2008, and came from Utusan Malaysia’s online portal back in 2008. More recent data is available, and I will use that for future analyses, but it won’t change these conclusions in any appreciable way.) Or, as a regression:

NB: Pasir Mas excluded, as Ibrahim Ali was not technically a BN candidate.

What we learn here is that almost 61% of the variation in the two-party vote share going to the Barisan Nasional candidate can be predicted by knowing just what percentage of the district’s population is Malay…and nothing more.

The other important finding is that the BN won almost 60% of the seats with less than half of the votes. My preliminary data have 5,241,699 votes going to the BN and 5,623,243 for the PR, or 48.2% of the two-party vote share for the ruling coalition (again excluding Ibrahim Ali from the BN). This is possible for two reasons: the BN lost heavily in more races than it won heavily, and it tended to win in districts with smaller populations due to gerrymandering (or “rural bias”). There is lots of very important work to be done by analysts on the ground, and lots of further analysis to be done with the electoral data. Analyses of the state election results should be particularly illuminating. And needless to say, the elections in Sabah and Sarawak must be treated separately due to the unique history and context of those states. But these preliminary results tell us a lot about just what happened on 5 May 2013.