A new capital city for who? Central-local tensions in Indonesia

While travelling with colleagues to East Kalimantan to do fieldwork in the Indonesian capital city (IKN) in mid-July 2022, we collected 180 responses from people affected by the new capital site. In Java, the relocation of the Indonesian capital from Jakarta to purpose-built Nusantara in Kalimantan raises new hopes for both ruling elites and the Jakarta people. It is expected to eradicate severe congestion, unsustainable land use, and overpopulation in Jakarta, and the knock-on effects of these problems. These problems have haunted not only Jakarta, but also Java, for many decades. When we discussed these issues with our local respondents during informal and formal conversations, the first impression we encountered was scepticism. This came not only from local academics, activists, and local people, but even local bureaucrats from regency and provincial levels in East Kalimantan.

These sceptical responses demonstrate a gap in knowledge and poor communication between ruling elites of Jakarta and those in East Kalimantan. While the former problem relates to a lack of aspiration to create bridges between national and local actors, the latter problem is misinformation on both the capital relocation and development of supporting facilities such as housing for civil servant and servicemen and governmental offices.

These two factors inevitably lead to unwelcoming responses from most East Kalimantan locals towards the new capital. Their sombre responses reflect attitudes informed by past and existing problems in East Kalimantan, such as natural disasters, like unrehabilitated mine sites and inequitable funding allocations from all levels of government. Both problems remain unresolved as the capital city issues loom. The capital relocation promises to be another thorn in the side of East Kalimantan if prior problems are left unresolved.

Most respondents agreed that there is no mutual dialogue  between Jakarta and East Kalimantan or inclusive participation offered to residents of East Kalimantan. For example, local representatives who were originally invited to Jakarta were actually members of a small local elite who were unfamiliar with the local situation. More specifically they have no idea of the impact that the project will have on local populations.

This meant that information about relocation of people in East Kalimantan and the development of the new capital has not spread widely among the people of East Kalimantan. It resulted in the sudden increase in land prices in several sub districts, like Sepaku, Samboja and Bumi Harapan which lie between Nusantara and East Kalimantan’s two supporting cities, Balikpapan and Samarinda to be used for housing and other industries supporting the new capital. A so-called “land mafia” has emerged, which unilaterally decides the price of land and keeps this information from locals. Unfortunately, these current and upcoming booms do not benefit the small group of indigenous people, such as the Paser and Balik peoples, who have been forced to give up their customary land as a result of  government decisions to acquire it.  By contrast, those who have freehold title / SHM (sertifikat hak milik) can sell their land.

The Capital Authority / BO (Badan Otorita) itself does not have a branch office in East Kalimantan yet. Ideally, it should it should establish an office from which to engage with the people of East Kalimantan. According to local bureaucrats the BO made few visits to hold talks with local governments and/or communities. Certainly, these conditions create a gap between national and local governments in finding common ground regarding power sharing.

The main gap is the lack of coordination between government levels especially the central government, provincial government, and regency/municipal government. The issue of territorial expansion and spatial planning is causing major problems between BO and its local government counterparts. Although the new capital city bill already defines the capital territory in regulation, there is still the possibility of acquiring other land from the Kutai Kartanegara and North Penajam Paser regencies, and Balikpapan city. This would surely disrupt the existing spatial planning of the three regencies’ governments. One bureaucrat from the Local Development Agency (Bappeda) told me that there is no joint agreement to merge spatial planning between the new capital and regencies. Bappeda will run its own spatial planning programs independently from the Capital Authority. More specifically, there is budget inequality between the BO and its neighbouring governments. 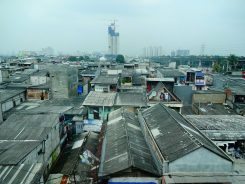 The regencies are envious of large BO’s budget. In fact, East Kalimantan Province is the biggest fundraiser for the Indonesian national budget (APBN), contributing almost 500 trillion rupiah per year. But the special allocation fund (DAK) that transfers back to East Kalimantan from Jakarta is not always adequate for local infrastructure and public services. The BO, as the central government institution, will not be welcomed by surrounding local governments due to its institutional superiority and huge funding.

On a social level the new capital city is colloquially known as the Second Betawi (Betawi Kedua) in East Kalimantan. This terminology refers to the Betawi people, the original inhabitants of Jakarta, who have been forced out by rapid development and modernisation. On the new capital site approximately 150-200 households in Paser, Balik, and Basap people will be removed from their ancestral land due to disputed legal standing. The government does not acknowledge ancestral land claims because it believes claimants have the right to manage, but not own the land, according to positive law principles. This means the government can claim land that is considered to be “unowned”, even if it belongs to traditional land owners. Furthermore, the name “Nusantara” itself is not accepted by locals who propose indigenous name “Benuaq Etam” (Our City) as the new capital’s name.

In sum, both the lack of coordination between state actors and a lack of acknowledgment between state and society lead me to suggest the real voice of East Kalimantan should be heard. More specifically, central government should sit with local residents in East Kalimantan. There is an urgent need to ease unresolved issues between Jakarta and East Kalimantan to avoid further exacerbating an already tense situation. 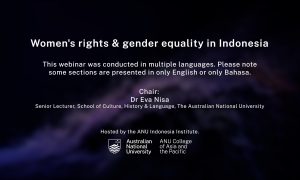 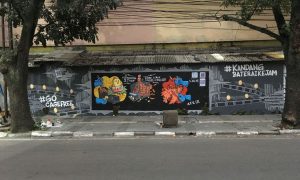 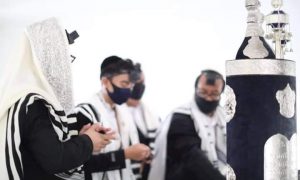