On 8 February 2019, the final day for announcing prime ministerial candidates, all eyes were supposed to be focussed on whether junta leader Prayut Chan-ocha would throw his hat into the ring. Instead Prayut became a sideshow, overshadowed by a two-day old rumour—later proven true—that King Vajiralongkorn’s elder sister Ubolratana Mahidol would be the sole candidate of Pheu Thai’s auxiliary party Thai Raksa Chart.

Ubolratana represented perhaps the only person who could clearly upstage Prayut in the polls, especially since the junta controls the election machinery. With her royal roots combined with the pluralist ideology and Thaksinism of her party, her electoral victory seemed unstoppable. This is not to mention the fact that politicians competing against her party might have risked being accused of indirectly violating Criminal Code Article 112 (lese-majeste).

Given the King’s quiet moves over the last two years to expand direct royal control, many interpreted her candidacy as another adroit monarchical strategy to place the premiership in his own sister’s hands. Yet such a reading was mistaken.

On late Friday night, a royal order was read out from the palace on television: “Involvement of a high-ranking member of the royal family in politics, in whatever way, is an act that conflicts with the country’s traditions, customs and culture and therefore is considered extremely inappropriate”. With that, Ubolratana’s foray into politics was finished. Thaksin himself had likely incurred the wrath of the palace and Prayut’s chances of becoming the next prime minister following elections on 24 March improved a notch.

The new dynasty is one which stresses singular, personalised, direct royal control over all units and forces of the state. As such, the world should not be surprised at the former princess’s forced withdrawal from the electoral race. Her prospective selection as prime minister prior to the King’s own official coronation in May might have even been viewed in some royal quarters as upstaging him.

In April 2017, the Royal Aide de Camp Department, the Office of His Majesty’s Principal Private Secretary, the Bureau of the Royal Household the Royal Guard Command and the Royal Court Security Police were all brought under direct palace control. The Army’s First Infantry Division (and sub-units within it), though still part of the army, also became directly controlled by the palace. The Dusit Throne Hall, the Bangkok Zoo, the Royal Turf Club and the universities Suan Dusit and Suan Sunantha have either been returned to direct royal control or are destined to be returned. The expansion of royalism parallels changes to historical monuments including Thailand’s missing “plaque of democracy” and another missing plaque honouring the defeat of the 1933 royalist rebellion.

But nowhere has the increase in personalised royal power been more observable than in changes involving Thailand’s military leadership, most importantly in the army. When we examine how the palace has personalised its control over security forces and other related political forces, we can readily understand why Ubolratana would be forbidden from bringing her palace aura into party politics.

Under the current King, the once leading Buraphapayak/Taharn Sua Rachanee army faction is no longer dominant—its influence now only felt among the retired generals of the junta. Thailand’s new King, is a member of the traditional Wongthewan (Divine Progeny) faction, an army grouping existing since 1870. Reflecting new Wongthewan control, General Apirat Kongsompong was appointed army chief in October 2018. Apirat has been a rising star in the army since 2010, when he helped lead the bloody crackdown of that year’s Red Shirt demonstrations and also had some responsibility dealing with upstart General Kattiya Sawasdipol (Seh Daeng).

In this respect, though a member of the Wongthewan faction, Apirat earned the respect and trust of Prayuth. Before the crackdown, many Red Shirts thought that Apirat would show more sympathy for Thaksin. After all, Thaksin had been close to Thailand’s then-Crown Prince in the early 2000s while the Crown Prince was allegedly chummy with both Apirat and Apirat’s father, the 1991 coup-leader General Sunthorn Kongsompong. During the late 1980s, Sunthorn was rumoured to have helped the Crown Prince learn to fly helicopters. Since then, the Kongsompong family has been rumoured to be close to the new King’s heart. Moreover, Apirat, like the King, are members of the Wongthewan army faction.

Nevertheless, since 2010, Apirat seems to have shown Prayuth time and again that he is a loyal supporter. Prayuth has not been coy about continuing to promote Apirat to higher positions. Whether Prayuth’s favour is because of Apirat’s seeming loyalty toward the former or whether Prayuth is instead favouring Apirat because Apirat is close to Vajiralongkorn is open to question. It is probably for both reasons.

As with many leading military officers from Bangkok, Apirat went to the prestigious Saint Gabriel’s College, a primary and secondary institution. Apirat is from Pre-Cadet (covering senior high school) Class 20, of which almost all top army leaders are members.  He will remain Army Commander until his retirement in 2020.

The four other members of the Royal Thai Army “Five Tigers” offer few threats to Apirat’s influence. Deputy Commander General Natapol Nakpanit is, like Apirat, from pre-cadet academy Class 20 and must retire in 2020. The Army Chief of Staff is General Teerawat Bunyawat (Pre-Cadet Class 19) and retires in 2019. First Assistant Commander General Weejak Siribansop (Pre-Cadet Class 18) retires in 2019. The second Assistant Commander is General Kukiat Sinaka (Pre-Cadet Class 20), a former 1st Army Commander. Kukiat is considered close to deputy junta chief Prawit Wongsuwan and is from the Buraphapayak/Taharn Suan Rachanee faction. But he must retire, like Apirat, in 2020. Thus Apirat’s control of army leadership remains paramount. 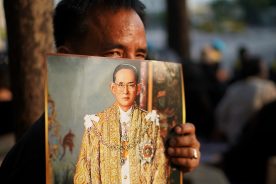 Meanwhile, the new monarch, a pilot himself, has pro-actively involved himself in Air Force promotions. The current Air Force Commander, Air Chief Marshal Chaiplik Disiyasirin, is the younger brother of Weerayuth Disiyarin, himself close to the royal family. Weerayuth was instrumental in restoring “Miss Siam”, Thailand’s first civilian aircraft, which originally flew in 1932. Both Weerayuth as a Navy flyer and Chaiplik as an Air Force flyer helped the King with flying when he was younger.

Turning to the First Army Region—crucial to withstanding or supporting coups—we again see the pattern of enhanced influence toward Wongthewan and the new King, as opposed to the Eastern Tigers/ Queen’s Guard faction. The Commander of this region since last October has been General Narongphan Jitkhaewthae (pre-cadet class 22), who is considered extremely close to the King. In 2019, he will probably be promoted to Assistant Army Commander. In 2020, he is likely to become Army Commander upon the retirement of Apirat Kongsompong.

Under Narongphan are First Cohort Commander General Thammanoon Withi and First Region deputy chiefs General Santipong Thamiya, General Suksuwan Nongbualang and General Jaroenchai Hintao. The only difference between these generals and General Narongphan is that the latter hails from the King’s Wongthewan faction, while the former three are part of the Buraphayak/Taharn Sua Rachanee faction. It can be surmised that the appointments of these four generals under Narongphan represents the work of Prawit, who finds them more personally loyal to him in comparison to the First Army Chief.

Apirat, Narongphan, Songwit and Vorayuth are all members of Wongthewan, are all particularly close to the new king, and are all likely to guarantee his personalised influence across the armed forces for years to come. Rumours abound that army units and facilities aside from the First Division King’s Guard (such as the Second Cavalry Division) are being entirely moved out of Bangkok on the palace’s orders.

Rachawallop Infantry Unit 904, under the Army’s First Division and First Army Regiment, has evolved since the 1980s to become a praetorian guard for the current sovereign with a force of almost 5000 soldiers. In December 2018, Army Chief Apirat’s son Peerapong was appointed to this unit. Also, on 28 January 2019, the Royal Thai Police published in the Royal Gazette an announcement regarding the structure and jurisdiction of the new Ratchawallop Police Retainers, the King’s Guards 904 (originally established in October 2018 as the Special Services Division). Attached to the Central Investigation Division, the King’s Guards 904 oversees nine sub-divisions, paralleling the jurisdiction of the Royal Thai Police—the eighth division is charged with special operations, implying powers to deal with undefined security measures outside of Thailand deemed threatening to monarchy.

The head of this royal police unit is Major General Torsak Sukvimol, younger brother of the King’s highly trusted Air Chief Marshal Sathitpong Sukwimol (secretary to the Crown Prince, Director-General of the Crown Property Bureau and the Lord Chamberlain of the Royal Household Bureau). Meanwhile, an arch-royalist civilian network called “Chit Arsa” has been created, dedicated to serving His Majesty—cleaning streets, co-organising royal events and perhaps working against those suspected to be anti-monarchist.

Had Ubolratana become Prime Minister, her new legal powers as head of government would have provided her with some means of giving orders to certain security forces. Such powers might have clashed with the preferences of the current royal potentate. The message is clear—“involvement of a high-ranking royal in politics is inappropriate”. More specifically, there is room in Thailand for only one leading regal personality—the sovereign himself. 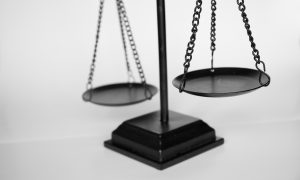