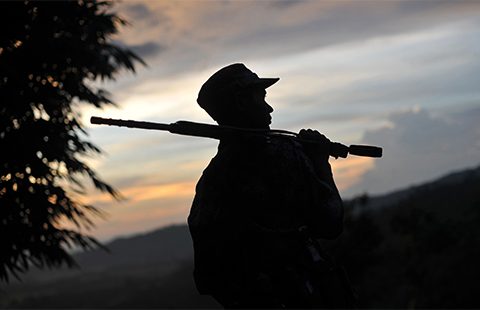 Myanmar’s ‘nationwide ceasefire’; not nationwide, not a ceasefire.

Eight ethnic armed groups–out of an original 16–signed a long-discussed Nationwide Ceasefire Agreement (NCA) with the Myanmar government on 15 October ahead of the country’s November elections.

Though advertised as an historical opportunity to engender peace in a country riddled with warfare, the NCA is not what it purports to be: it is neither nationwide nor a ceasefire. It does not even represent much of an agreement. The hasty signing ceremony turned more than two years of complex peace negotiations into an election-year ploy for the ruling Union Solidarity and Development Party.

Ethnic armed groups represented by the Nationwide Ceasefire Coordination Team (NCCT) have painstakingly negotiated the terms of the NCA with the Myanmar government. Ongoing offensives by the Tatmadaw–the Myanmar army–in Kachin and Shan States have complicated the process and perpetuated distrust. In early 2015 in northern Shan State, three armed groups revived a struggle to reclaim land lost to the Tatmadaw in Kokang. Unwilling to pull out of the conflict, the Myanmar government blocked these groups from signing the NCA.

At a June 2015 summit, ethnic leaders agreed that no armed groups would sign the NCA unless all armed groups could sign. Officials from the Myanmar Peace Center (MPC), the government-affiliated body leading negotiations, blamed the armed groups for delaying the process with “unending demands.” Many foreign actors–including the European Union (EU), one of MPC’s main financial supporters–encouraged armed groups to sign the NCA despite concerns over ethnic solidarity.

Not signing the NCA (under the government’s terms), proponents argued, would be a lost opportunity. They reasoned that negotiations might have to start anew if unfinished by the election, the next administration might not play so nice, and rising Buddhist nationalism might prevent future concessions. The International Crisis Group reported that not signing the NCA “would mean that deep grievances remain unaddressed, insecurity and militarisation persist in the borderlands, and Myanmar’s state-building project remains incomplete, to the detriment of all.”

Suspending state-building in ethnic regions would indeed be detrimental to the government and outside investors, which benefit from increased control and access to resource-rich borderlands. But to the armed groups, the NCA does not promise to address deep grievances. Behind the government’s public endorsements of peace, military attacks and displacement in northern Myanmar have been rampant. Foreign investment projects would bring cash to the army and elites, but what about impoverished ethnic civilians? The comparative gains of signing the NCA were not so clear to ethnic parties.

When the government-imposed October deadline arrived, only eight of the 15 groups allowed to sign the NCA agreed to put pen to paper. Seven abstained, including the Shan State Army-North (SSA-N) and Kachin Independence Organisation (KIO), influential groups fighting for humanitarian assistance and fending off attacks on their resource-rich homes along the China border. As if to punish non-signatories, the Tatmadaw renewed attacks on SSA-N, displacing thousands.

Ethnic leaders–war veterans–have been through the ceasefire carousel with the Myanmar government before. Since 1989, armed groups have signed around 40 bilateral ceasefire agreements, many of which have disintegrated into conflicts marked by severe war crimes. The latest agreement has created a new type of conflict, sowing discord between and within armed groups over whether they should desert their counterparts fighting in Kokang. By leaving behind central leaders like the Kachin, the schismatic NCA weakens the ethnic negotiating position going into political talks to start 90 days after the signing.

For ethnic groups, the fundamental objective of the peace process has always been to discuss the creation of a federalist state that respects ethnic rights and culture. But the NCA process is not a forum for political dialogue and national reconciliation.

Rather, it is in some ways an ingenious tactic to avoid peace. While the government engaged armed groups in a process to negotiate technicalities of an agreement that ultimately agrees to work out all the serious details later, the military continued its offensives. The NCA does not decide how the ceasefire will be implemented and monitored or how a ceasefire will impact the constitution of the country’s military forces and their jurisdictions. It does not address to what extent ethnic groups will maintain regional administrative authority and resource control.

Had it wanted peace, the government-military complex could have declared a ceasefire, stopped attacks, and invited ethnic leaders to discuss political and military reorganisation. Perhaps the government tried and failed to impose peace on a rogue military acting alone, but that only demonstrates that it has little power to entertain federalist reforms that would change the country’s political system against the military’s will.

If Norway, the EU, and other foreign parties want to sincerely resource a sustainable peace, they should provide equal technical support, funding, and advice to ethnic armed groups, not just the MPC. To offer fair and credible support, Myanmar expert Bertil Linter suggests, the international community should help ethnic groups work out what federalism could mean in the Myanmar context and how it could be effectively implemented.

Observers should heed armed groups’ 60 years of wartime experience. Understanding the causes of Myanmar’s civil war is essential to grasping the political importance of ethnic rights in a multicultural state suffocated by Burman-Buddhist nationalism. In convening parties from across the country around one table, the NCA might have led to meaningful political dialogue.

But the October signing threatens to turn the NCA into just another empty ceasefire agreement–something Myanmar’s ethnic groups have signed 40 times before.

Rachel Wagley is Director of Government Relations and External Affairs at the National Bureau of Asian Research in Washington, DC.

This article is published as a collaboration between New Mandala and Policy Forum, the Asia-Pacific region’s platform for analysis and discussion of public policy.