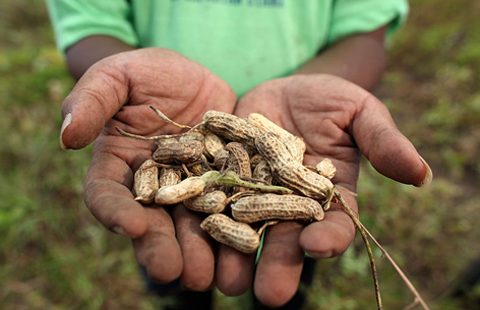 A tough question for President Jokowi The real litmus test for Jokowi in his new presidency is ensuring food security for Indonesia’s poor, writes John McCarthy.

Joko Widodo has moved into Indonesia’s presidential palace. He comes to power with great expectations, notably among the millions of villagers who voted for him. Jokowi’s platform included 18 measures to address a key problem for Indonesia – food security. The vice-president, Jusuf Kalla, is now working on a plan to achieve ‘food sovereignty’ within a year.

In the past, when food prices rocketed, presidents Suharto and Sukarno fell from power. Indonesian policymakers see food insecurity as a threat to stability and national development. With climate change now linked to harvest failures, and fluctuating availability of food in global markets, the food issue provokes national anxiety.

Five years ago the last president made food security the fifth of 11 national priorities for his second term. But the country has yet to meet his ambitious targets for self-sufficiency in corn, soy bean, sugar and beef, and a 10 million ton rice surplus by 2014.

This agenda included developing food estates, and large scale production by private and state corporations. Planners set out to address problems in Java’s rice fields and extend the green revolution into ‘sleeping’ land off Java.

But should self-sufficiency be the chief aim of food policy? To answer this, consider first the wider picture. Indonesia’s economy has grown by over six per cent since 2010. However, a third of children under five remain stunted. Stunting refers to low height for age, and is an indicator of chronic under nutrition. The World Bank says that Indonesia fares little better than much poorer countries, such as Myanmar, Cambodia and Laos.

Indian economist Amartya Sen won the Nobel Prize after asking a simple question: why does famine occur even when food is readily available? He concluded food insecurity occurs due to the inability of the poor to access food rather than due to a shortage of food.

Indonesia can aim to become self-sufficient by intensive farming, using biochemical inputs and high investments by large corporations. But many households may still be unable to access food. Indeed, Sen’s work, now taken up the United Nations, suggests a different problem: how can we help the poor gain the means to access food?

This brings up many challenges in helping the poor and food insecure people, most of whom reside in Indonesia’s villages. These include how to help these poor rural people gain access to productive land; protect the ecology of farming; provide access to inputs, credit and extension services; extend work opportunities in the rural economy; reform agricultural markets; and roll out effective social safety nets for the urban poor.

Fortunately Indonesia’s policy thinkers have been working on these issues. But much remains to be done.

Indonesia’s Bureau of Logistics, Bulog, maintains a reserve stock of rice. Imports are restricted to protect Indonesian rice farmers from the dumping of cheap foreign food. However Bulog only buys rice from farmers at a low floor price (HPP) at certain times of the year. For the most part farmers are left in the hands of speculators and traders who manipulate prices. Further, the system sets rice prices up to $1 dollar per kilogram above the world price. This adds a burden for the poor who spend most of their meagre earnings on food. It also provides incentives to rice smugglers.

The last administration invited corporate investors to develop food estates to grow rice to feed a growing number of city dwellers. With mining and oil palm expanding rapidly, a lack of available land frustrated the East Kalimantan food estate. West Kalimantan’s food estate continues to limp ahead, but without meeting the ambitious hopes invested in it.

In the past Indonesia, India and China increased rice production without shifting to large-scale farming. The ministry of agriculture has programs to help the vast body of small and marginal farmers. These aim to increase the planting frequency of farmers using hybrid rice varieties, providing seedlings, fertiliser, technology and training to farmer groups in field demonstration plots. However after long years of policy neglect, progress remains slow.

In India, Brazil and South Africa the right to adequate food is written into the national constitution. Legal cases brought by civil society actors led to the conversion of this right into effective programs. Indonesia has included food security, self-sufficiency and sovereignty in a new food law. Yet Indonesia needs an explicit legal formulation of the right to adequate food to ensure political commitments are converted into programs that really deal with hunger.

Good ideas can remain isolated from millions of poor people. Despite excellent policy concepts, programs lack resources and capacity. Meanwhile the temptation is to focus on national food self-sufficiency. But the crux of the problem may be left aside.

John McCarthy is Associate Professor at Crawford School of Public Policy, in the Australian National University’s College of Asia and the Pacific.