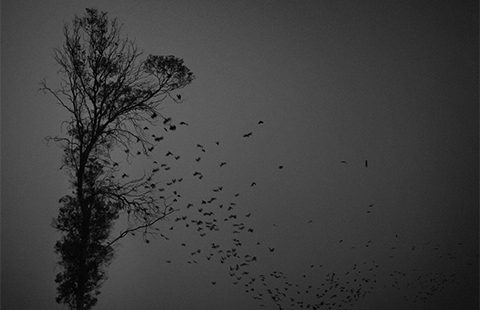 A war on words, a murder of memory Dark days return to Indonesia, with censorship of its dark past.

There must be nothing more frightening than the prospect of a mild-mannered book fair made up of authors, readers, activists and academics politely discussing events from half a century ago.

Such fear has now emboldened Indonesian authorities, supposed caretakers of the world’s third largest democracy, to ban any discussion of that country’s mass killings of 1965.

Due to police pressure, organisers of the 12-year-old Ubud Writers and Readers Festival have scratched five planned sessions; including a book launch, a photo exhibition and three discussion panels sponsored by the Herb Feith Foundation, which promotes education on Indonesia. Each dealt with the country’s wave of mass murder and purge of the Indonesian Communist Party (PKI) that left at least 500,000 dead.

Co-coordinators of the events, Australian academics Jemma Purdey and Katharine Gordon, have written in The Age, that they were surprised and shocked by the cancellation. Rightly so in the face of such crude censorship.

“Why were these and other events in the UWRF program at which 1965 was to be mentioned or even hinted at suddenly the target of scrutiny from the authorities and considered to be a threat to security, 50 years after the violence took part?”

They go on to note that the books that were to be launched are English translations of Indonesian works long in circulation – “to expose international audiences to Indonesian voices about this traumatic period in their nation’s history.”

But perhaps that is exactly the point. It’s hardly surprising that a screening of Joshua Oppenheimer’s acclaimed, The Look of Silence, which follows one man’s quest to confront his brother’s killers in the massacre, has also been cancelled. The events now cancelled at the festival cover everything from an aside in a memoir to more full-frontal looks at 1965.

Why would these supposed leaders who have so long refused to come to terms with history, to let their own people cry foul and answer with compassion, now allow more voices to be added to the call for justice?

These are our secrets, they say. These are our stories. Leave us, world, to our ghosts of the past. Only we can peer into the dark heart of that crocodile hole, Lubang Buaya, the abandoned well into which the bodies of our heroic generals were flung on that fateful September night of 1965, and which eventually led to the wave of slaughter and flow of blood.

For almost 50 years, Indonesian authorities have dealt with the subject through a shroud of secrecy and the echo chamber of officialise; only accepted voices and accepted truths could be heard. That isn’t to say there haven’t been periods of relative openness. Curricula were revised, then scrapped. The Department of Social Welfare has special integration programs for victims, but they are now on hold.

Three decades of Suharto and his New Order regime perpetuated the convenient tale that it was communist insurgents hell-bent on a coup that were responsible; their film reconstruction of that night always staying quiet about the violence that followed.

The identity and motives of those behind the generals’ murder still largely remain a mystery. Increasingly, however, the accepted view is that the Communists did launch a coup – as scholar John Roosa has successfully proved – only it went awry.

Yet, all the while, the victims of the violence suffered in silence.

After the fall of Suharto, questions remained, and some could be asked, but only if they kept those in power far from the arm of justice. Former president Susilo Bambang Yudhoyono, whose father-in-law led the initial crackdown on the communists, endorsed a human rights report into the killings and even contemplated a national apology. It met with resistance from the powerful Islamic organisations and the military – major stakeholders in the nation’s political destiny today who had major players in the killings of yesterday.

Perhaps, the saddest part in this sorry saga is that this type of censorship is no longer that surprising under Yudhoyono’s successor. The supposed reformist who seemed to promise so much a mere 12 months ago, Joko Widodo, even brought up the idea of an official investigation into the killings and a national apology during his presidential campaign last year.

Like so many of his ideas, he’s now backed away from it in the cold light of day. It would seem that there is some time before Indonesia truly becomes the world’s third largest liberal democracy with the respect for the rule of law, human rights and justice that that would entail.

In other breaking news, scientists have recently discovered that crows, incredibly intelligent birds in the main, fear death; but they also learn from it. According to the research, when crows gather around another dead crow, they are trying to work out if it died from a threat in the area.

Maybe these advanced avian could teach Indonesia’s political elites a thing or two. Here’s a free hot tip to start; there’s nothing like cancelling a few events about a subject you don’t want to draw international attention on, to draw international attention. Journalists learn that silence gets people talking. Governments should know that censorship does the same. You don’t need to be a crow to work that out.

Meanwhile Indonesia’s leaders, that other murder of crows that has perched at the top for so long, continue to caw; these are our secrets, these are our stories, only we can peer into the dark heart of the crocodile hole; and only we will let the voices we want to echo through the ages.

In this, they have always been, and still are, a murder of memory.

James Giggacher is editor of New Mandala, and associate lecturer in the Coral Bell School of Asia Pacific Affairs, the Australian National University.