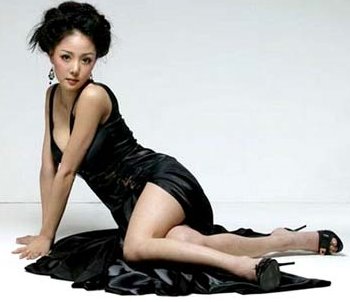 As Malaysia’s thirteenth general elections draw near, the ghost of Altantuya appears to haunt the Prime Minister.

On 19 April, 2012, a Paris court began inquiry into the Scorpene submarine deal from when Najib Razak was the Defense Minister:

Suaram (Malaysia’s leading human rights organisation) has announced that an inquiry into the alleged corruption linked to the purchase of the two Scorpene class submarines, back in 2002 will commence on Thursday, 19 April 2012, at the Paris Tribunal de Grande Instance (TGI), a court that deals with civil litigation matters.

John Berthelsen, the editor of Asia Sentinel, has extensive coverage of the intricasies of this case in this article:

Investigators believe that at least some of the тВм36 million funneled through Terasasi ended up in the pockets of Najib, who was Malaysia’s defense minister and deputy prime minister when the two Scorpene submarines were purchased from Thales International or Thint Asia. The state-owned defense giant DCN, later known as DCNS, and Thales established a joint company named Armaris to manufacture the submarines in 2002.

Most shocking to date has been this article by Roger Mitton in the Phnom Penh Post:

Soon after meeting her in Hong Kong, Razak took her off to tour Europe in his red Ferrari, wining and dining at all the best spots and finally ending up in Paris where they met Najib.

Multilingual Tuya, as well as being drop-dead gorgeous, was also smart and quickly learned about the huge bribe for the sub deal and doubtless envisaged a handsome cut for herself.

But succumbing to “fatal attraction syndrome”, she clung relentlessly to Razak, and he, fearing that her indiscretions might bring him down, tried to end the affair.

She would not have it, and in desperation, he spoke to Najib and the police were called in to keep her away.

Then they raped her, shot her in the head and blew up her body with C4 explosives from Najib’s defence ministry — and for good measure, erased her entry into Malaysia from immigration records.

While it is unlikely that the court case in Paris and the media reports will have much influence on the United Malays National Organisation’s (UMNO) hard core supporters as well as large traction of rural poor and indigenous people at the coming general elections, the case itself will have far reaching implications for Malaysia’s leadership and its international relations, if Prime Minister Najib Razak is ultimately found guilty.