Another big weekend for Thailand 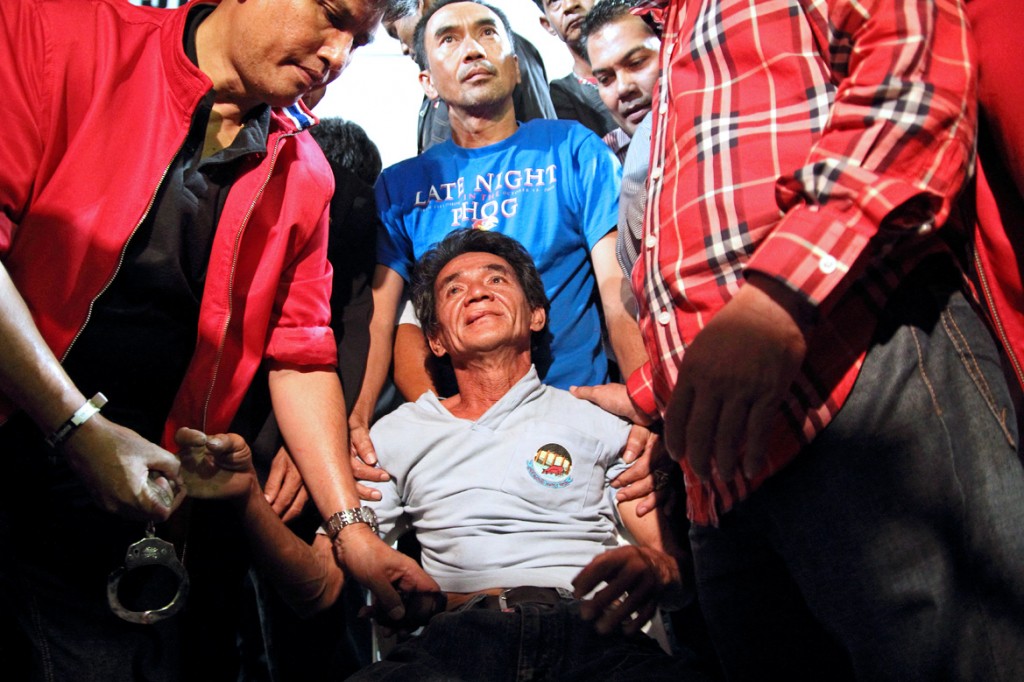 Another big weekend in Thai politics is coming up. Suthep Thaugsuban — the anti-Thaksin insurrectionist — is calling for a million people to hit the streets and bring Bangkok to a standstill.

But for those of you keeping score the weekend marks another milestone. It is now almost six years since the 23 December 2007 victory of Thaksin Shinawatra’s Thai Rak Thai 2.0 (more officially known as the “People Power Party) in the post-coup election.

As more years tick by, I am increasingly convinced that the savvy pro-Thaksin campaign of that year, spearheaded by the indefatigable and divisive Samak Sundaravej, marks a key period in the country’s long-term battles.

Those of you who are intrigued by this history will enjoy Michael H. Nelson’s series of detailed New Mandala posts about the 2007 campaign in Chachoengsao province. There’s an especially interesting post on the oath for a “clean and fair” campaign and another on the provincial-level advertisement of the election. There’s also Chris Baker’s superb map of the result.

What has changed since then? For all the blood spilled, speeches given, crowds rallied, and votes cast, has Thailand managed any progress? Are there signs that good things will follow?

In response to these questions, and in preparation for this weekend’s anti-government protests, it’s worth drawing attention to Joshua Kurlantzick’s thoughtful analysis of the Thai scene. He fires a broadside at the idea that Thailand’s politics are exceptional and, along the way, offers insights about political change across the Southeast Asian region.

As Kurlantzick helpfully points out:

…other countries in the region have made a gradual transition toward building trusted formal institutions of conflict mediation and away from having disputes mediated by informal institutions gathered around one or two top leaders, as was common in Suharto’s Indonesia and has been the case with Thailand’s network monarchy for years. Indonesia slowly has built a more stable and trusted court system, and more trusted institutions designed to monitor elections and address potential electoral fraud. Poorer than Thailand, and in many ways far more divided and harder to govern, Indonesia nonetheless has created reasonably stable formal institutions, allowing politics to be channeled through a system, and no longer through the hands of a small handful of men and women.

So what happens next? Is Thailand showing any appetite for an Indonesia-style transformation? Of course, there’s coup talk again.