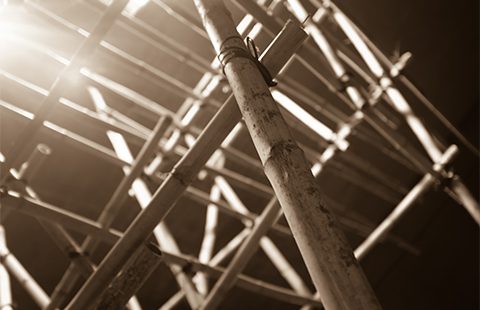 What the latest multilateral mess means for the region’s security.

For the past 30 years Southeast Asia’s security has been underpinned by the strangely consensual chemistry that holds the Association of Southeast Asian Nations together.

That consensus, built over decades on the back of interminable officials meetings and an aversion to grappling with critical issues head on, is now fraying. ASEAN’s dense bureaucratic culture and love of obfuscation has been no match for the bulldozing impact of superpower rivalry currently playing out in the region.

The recently concluded US-ASEAN leaders summit in Sunnylands was billed by Washington as reinforcement of ASEAN’s centrality in managing the region’s security. In fact, herding the group of leaders at a small ranch in the western desert to frame a set of principles that clearly serves US interests looked more like an exercise of submission. Meanwhile, last October, ASEAN defence ministers were shocked when the Chinese unilaterally announced joint exercises with ASEAN security forces.

As the competition for supremacy in Asia between China and the US heats up, ASEAN has become the skillet on which the key issues are tossed and fried. This is not only undermining ASEAN’s sovereignty and centrality, but also imposing immense pressure on the 10 member states, none of which want to be put in a position of choosing between Beijing and Washington.

ASEAN’s rise
Southeast Asia has spent the past 70 years recovering from two great invasions. One by Europeans expanding eastward that lasted more than 400 years. The other, briefly, by Japan expanding southwards between 1941 and 1945. There are also deep historical memories of attempts by the ruling Mongol dynasties in China to invade and subjugate the early kingdoms of the region. Presenting an open face to the world and serving as a land and sea bridge for trade has also made Southeast Asia vulnerable to intrusion.

Addressing this inherent vulnerability was one of the bedrock assumptions underpinning the establishment of ASEAN back in 1967. As a keeper of peace, ASEAN has served the region well and at little cost.

Unlike the African Union, it does not maintain security forces for enforcing peace, and there is no specific security council, beyond regular meetings of defence officials under the ASEAN Defence Ministers Meeting umbrella. The Jakarta-based ASEAN Secretariat can be compared to a Japanese bonsai tree – it has all the functions for managing a regional association encompassing 10 per cent of the world’s population, but its lack of decision-making power and capacity means it has little or no influence on policy.

Yet 50 years on there has never been a serious shooting war between ASEAN states; minor skirmishing over border disputes has quickly been addressed, either through informal diplomacy or formal arbitration. The last serious conflict involving external powers besides the Vietnam War was the short border war that Vietnam fought with China in the 1970s – in which China came off worse.

The high point of ASEAN regional diplomacy was the collective effort to rescue Cambodia from a debilitating civil war. This drew in regional powers such as China and Japan and was crowned somewhat humiliatingly in Paris, possibly because the West wanted to take credit for the achievement.

Younger generations of ASEAN diplomats are perhaps unaware of the remarkably effective diplomacy leading figures such as Indonesian foreign Minister Ali Alatas played in persuading the querulous Cambodian factions to settle their differences and the wily Vietnamese foreign minister Nguyen Co Thach to support the deal.

As a result, the 1990s were a golden period for ASEAN in security terms. The world came knocking and perhaps with an eye on potential superpower rivalry, moves were made to develop more definable security mechanisms. The ASEAN Regional Forum (ARF) was established to debate security issues with a larger assembly of regional states and powers – even including North Korea. Formal dialogue partnerships were established with China, India, Japan and the major Western powers. Annual ASEAN gatherings at the leaders’ level with their informal bonhomie provided useful venues for more stiff and awkward leaders of Northeast Asian states to meet on the sidelines.

ASEAN adrift
However, as much as these looked like workable structures to safeguard the region’s security, they were insufficient. The ARF has not been able to discuss much beyond non-traditional security issues; efforts to frame a code of conduct with China on the South China Sea have made little headway beyond a toothless declaration. The East Asia Summit was supposed to enhance regional capacity to manage security but has been hobbled by arguments over primacy and membership.

So in 2010 when arguments started to heat up over China’s activities on features and islands it claims in the South China Sea, ASEAN found itself at the centre of a brewing argument over sovereignty and supremacy between a rising China and concerned United States.

Washington enlisted ASEAN support for its view that China’s expansive claims and the actions it was taking to bolster them was inconsistent with a rules based security order and a threat to peace. China grew increasingly insistent on ASEAN’s compliant acquiescence to its position. Both powers started to impose and compel.

All this came at a bad time for ASEAN’s 10 member states. Many of them were distracted by internal challenges. There was a transition to democracy underway in Myanmar, domestic political upheaval in Thailand, and internal conflict distractions in Indonesia and the Philippines.

Personalities and relationships determine the effectiveness of any diplomatic endeavour. As the challenges to ASEAN grew in size, the fact that the 10 leaders were not all that close, and often at odds with one another, ensured weak leadership on external issues.

Thailand’s perennial changes of government and a string of weak foreign ministers, one an army general who managed to upset all his ASEAN peers, was a particular burden. Marty Natalegawa, Indonesia’s foreign minister until 2014 had good ideas and a distinct vision of a more effective ASEAN, but lacked the patience and the diplomatic skills to work with less enthusiastic ASEAN colleagues. Malaysian Prime Minister Najib Tun Razak was potentially a good spokesman for a more assertive ASEAN, but became too distracted by domestic concerns and opted to make the vaguely defined notion of moderation the cornerstone of his regional diplomacy.

Singapore has traditionally lent vigour to ASEAN diplomacy, but with the departure of the subtle and engaging George Yeo as foreign minister, has lost some of its diplomatic edge. Perhaps a greater challenge for Singapore has been to retain relevance to the major external powers following Indonesia’s emergence on the world stage after 1998.

Taken together these factors have reduced ASEAN’s effectiveness and made the association vulnerable to tactics of divide and rule. China has successfully used close ties with Cambodia’s political and military elites to ensure that a consensus is not reached on how to challenge its South China Sea moves. The US encouraged the Philippines to push for the legal challenge of China’s sovereignty in the South China Sea using promises of military aid and support.

Both countries have effectively become the tools of superpower rivalry, and ASEAN lacks the cohesion to effectively provide a balancing counter-point. The situations looks set to get worse. China’s Navy has been more active in the South China Sea. Photo from Wikimedia

Indonesia’s President Jokowi came to office eschewing assertive regional and global diplomacy on political and security issues in order to focus on re-invigorating the economy. He is said to have asked officials why he needed to travel around all the ASEAN countries after meeting all the leaders at a summit in China soon after he assumed office. Instead of backing a strong stand against superpower predation in ASEAN, Jokowi invites everyone to invest in Indonesia and managed to upset Japan by awarding a much-coveted fast train project to China.

It is almost a sine qua non of ASEAN diplomacy that without Indonesia’s presence, no one outside the region is going to take the other nine member states seriously. Indonesia is the fourth largest country and the largest Muslim nation in the world. Neither China nor the United States can afford to brush aside Indonesian views or sensibilities. For Indonesia to be absent in ASEAN is like maintaining an arch without a keystone.

The coming player in ASEAN will be Myanmar under its new democratically elected government led in some capacity by Aung San Suu Kyi. The outgoing military led government already had its hands full trying to balance the interests of China and the West, in both the economic and security realm. The country is acutely conscious of the threat from external powers because it is sandwiched between two of them – India and China.

But Myanmar has an awkward relationship with ASEAN, which spurned the country during the decades of military rule, choosing to appease Western sentiment on sanctions and engagement rather than standing up for one of its own. The plight of more than a million Muslims in Rakhine State upsets the Muslim ASEAN member states and makes for poor chemistry. Aung San Suu Kyi, for all her star power and influence on the global stage has little or no experience dealing with the neighbourhood.

With no end in sight to the political problems Thailand is facing under military rule, and Malaysia’s Najib embroiled in a protracted scandal over an investment fund, this suggests that ASEAN will continue to drift in increasingly treacherous waters.

ASEAN survives?
There can be no doubting that the stakes are high. The recent evidence of escalating militarisation in the South China Sea is alarming. The Chinese have stationed missile batteries and radar on its garrisoned islands; the US navy is set to increase the number of provocative freedom of navigation operations in the era to challenge Chinese sovereignty and military control.

Meanwhile, ASEAN has virtually nothing to shield itself with. Protracted discussions on a code of conduct are likely to stall if the court of arbitration in The Hague rules in favour of the Philippine submissions challenging China’s claims in the South China Sea, which may happen as early as May this year. China may react aggressively and increase its divide and rule tactics in ASEAN, forcing the US to seek stronger statements and even actions from its ASEAN allies.

ASEAN’s centrality in all of this begins to look distinctly faint. The US is now, for example, proposing a quadrilateral security dialogue involving Japan, India and Australia. So what can be done?

Short term, Indonesia must be more assertive. It simply isn’t an option for the Indonesian government to abstain from regional diplomacy at this critical juncture. Certainly, a more active foreign policy may not contribute all that much to Indonesia’s bottom line – in fact the fear in Jakarta is that the ASEAN community announced last year is an economic threat. But with no Indonesian voice in ASEAN, the rest of the world doesn’t listen.

Longer term, a change of culture is needed. The more frequent changes of leadership and government that democracy has brought to Southeast Asia means that ASEAN can no longer rely on personal relationships for coherence and cohesion. This suggests the need to empower permanent officials and beef up the weak and marginalised ASEAN Secretariat, perhaps drawing a little closer to the African Union institutionalised model of managing security.

Ultimately, ASEAN member states must choose between fears of eroding sovereignty within in the 10 member state framework, which has traditionally underpinned efforts to constrain the secretariat, or face more serious attacks on sovereignty from without.