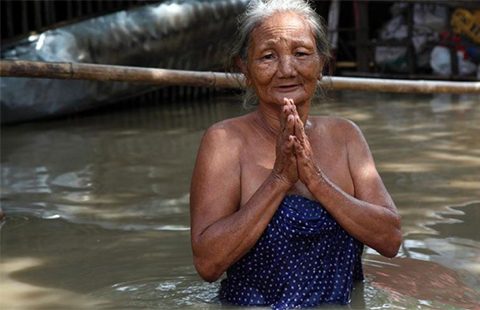 There was a time, not long ago, when many of us would preface our descriptions of Myanmar’s 2015 general election with a careful modifier: “proposed”. It wasn’t clear that the vote would happen; nothing could be taken for granted. As late as April of this year, Aung San Suu Kyi warned that the election might still be called off.

Yet such worries seemed to fade in recent times. Even Daw Suu stopped talking about it.

I dispensed with most of my own hesitation about the vote. Everything we heard and read suggested that the Union Solidarity and Development Party was prepared to test its fragile mandate in a popular vote. Free and fair? More-or-less, we were told.

Like many others, I sat down with the Chairman of the Union Election Commission, U Tin Aye, as he gave firm assurances that the poll would go ahead as planned. Floods and fighting in some parts of the country were obviously still concerns.

But just a few days ago pretty much the only place you could read about the election’s imminent postponement was in the grave advice of an astrologer named San Zar Ni Bo. Last Friday, The Myanmar Times reported his comments in the following terms:

The election is scheduled for November 8. But it will definitely be postponed to a future unspecified date, not because of riot or unrest but for some other reason…

…My predictions are based on a study of the positions of the stars and the movement of the planets. Mercury, Venus and the moon will be in close proximity on November 8. This is not the sign of a historic occasion. There will definitely be a postponement.

That was a bold prediction last week.

As long-time readers know, New Mandala has, since the very start, been interested in the prognostications of Southeast Asian astrologers and seers of all types. We once even called for applications for a consultant astrologer to join our team. The position remains unfilled.

Today we learn that the Union Election Commission might be seeking to postpone the proposed 8 November 2015 vote (in at least some parts of the country?). The Commission reportedly cites recent natural disasters as justification for this change of plans.

Early indications from a variety of sources suggest the National League for Democracy is refusing to endorse the decision. We will, I guess, learn more over the hours and days to come.

As The Myanmar Times reports:

No decision was announced at the conclusion of the meeting. However, NLD delegate U Win Htein said he expected the UEC to issue a formal announcement in coming days confirming the delay.

If such a postponement occurs on a wide scale, then we will all need to dust off our crystal balls. And if that’s the way it ends up it will be another good lesson in keeping an open mind about what might happen next.

As usual, please also feel free to post your own insights, analysis and predictions in the comments below. For now, for what it’s worth, San Zar Ni Bo had a final suggestion about the future as reported last week by The Myanmar Times:

Daw Aung San Suu Kyi was born on June 19, 1945, making her a Gemini, the star sign of kings. Gemini relates to Myanmar and will become increasingly powerful in 2016, the year in which Daw Aung San Suu Kyi will assume a leading position in the government. That’s the presidency…

Update: After a brief few hours of confusion and consternation it looks like the elections are going ahead as previously planned. Let’s wait and see. Perhaps San Zar Ni Bo will still be proved prophetic after all.