Three months after the Lao People’s Democratic Republic banned it from the handful of Lao cinemas, the Australian film The Rocket arrived in Thai theaters in early February.

The Rocket follows 10-year-old Lao boy Ahlo and his family as controversial damming projects require them to move from their village to a makeshift, government-sponsored “relocation” camp. Ahlo’s grandmother and father believe that he is cursed, and blame him for the bad luck that follows their family. Eventually, Ahlo’s antics force them to leave the relocation camp. They flee with a young girl, Kia, and her alcoholic uncle and war veteran, called simply “Purple” for the purple suit he never takes off. On the road, Ahlo finds a chance to redeem himself and support his family when he enters a local rocket-building competition for Laos’s annual rocket festival, or Boon Bang Fai.

The Luang Prabang Film Festival invited The Rocket to screen at its annual event last December. Although the LPFF generally showcases only Southeast Asian films, The Rocket’s strong Lao identity made it an obvious feature. Australian director Kim Mordaunt shot The Rocket on location in Laos, with Lao and Thai actors, all in the Lao language. Lao censors, however, moved fast to ban The Rocket in November.

The reasons for the ban seem obvious. The film features Ahlo’s and his family’s forced relocation for an Australian-Lao damming project, mirroring the real-life controversy surrounding hydroelectric dam proposals on the Mekong River. Mordaunt and his production team, however, were carefully supervised throughout their shoot in Laos. Mordaunt already had close relationships with Lao government ministries after his 2007 feature Bomb Harvest. A documentary following Lao children who collect unexploded ordnance (UXO) to sell as scrap medal, Bomb Harvest has screened twice a day at a Vientiane UXO awareness center for the past six years.

Following in the steps of Bomb Harvest, The Rocket’s plot and imagery focus on the UXO that still covers Laos nearly half a century after the U.S.’s “secret” Vietnam War bombing campaign. Also like Bomb Harvest, The Rocket places blame for Laos’s woes primarily on foreign, rather than domestic, actors. Both films direct viewers’ attention to the continuing effects of American military intervention in Laos.

The Rocket goes further to include controversial dam projects. Mordaunt is quick to remind viewers, however, that the dam project in the film is (like the film itself) an Australian-Lao collaborations. This power dynamic focuses audience attention not on Lao government actions, but on externally imposed violence and constraints. Compared to Bomb Harvest, however, the power of fiction and narrative seems to have made The Rocket a more intimidating cinematic force.

In December, nearly a month after the ban on The Rocket, the Lao government quietly announced an addition to Laos’s already-restrictive filming protocols. To prevent unauthorized filming in public areas, the law requires extensive approvals from multiple ministries and authorities. This added red tape will only stall Laos’s potential as a budget filming location. 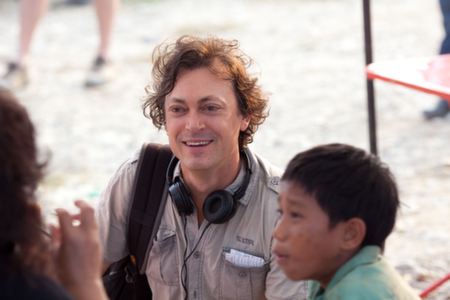 Image3: Director Kim Mordaunt brought his experience from his 2009 documentary Bomb Harvest to the set of The Rocket.

The international success of the carefully overseen Rocket seems to have caused the Lao PDR to backpedal. Although the new filming law, like the ban on The Rocket, is difficult to enforce, it sends a clear message. The Rocket’s release in 17 Thai cinemas, including some in Isaan just a short drive from the Thai-Lao border, may finally give some Lao viewers a fleeting chance to judge it for themselves.