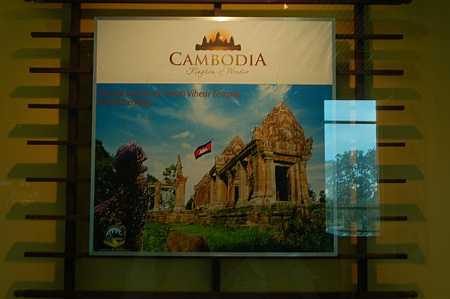 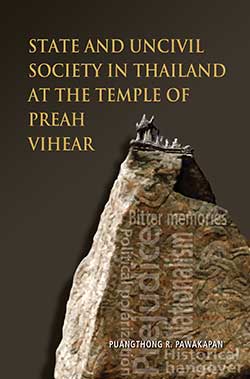 Puangthong R. Pawakapan, State and Uncivil Society in Thailand at the Temple of Preah Vihear

Instead of being a place for peace, meditation, contemplation and prayer, the ancient Khmer temple of Prasat Preah Vihear (Phra Wihan, to the Thai) has become in recent years the object of political dispute and even military clashes between two ASEAN members: Thailand and Cambodia. The short book by Thai historian Puangthong Pawakapan is a welcome addition to the growing corpus of literature on the temple dispute which has been produced since the controversial decision by UNESCO in July 2008 to inscribe Preah Vihear on its World Heritage list. The author, who is Associate Professor in the International Relations Department of Chulalongkorn University’s Faculty of Political Science, is most qualified to write on this subject as she has in the past conducted extensive research on Thai-Cambodian relations.The main purpose of this well-written book, however, is not only to provide a comprehensive overview of the historical background of the conflict but also to analyse the actions, strategy, and objectives of the campaign of Thailand’s People’s Alliance for Democracy (PAD) to exploit the border conflict for its own anti-Thaksin agenda.

The PAD, also known as the Yellow Shirt movement, is seen in State and Uncivil Society in Thailand as the stakeholder mainly responsible for sowing seeds of hatred between Thais and Cambodians and derailing the successful economic and political cooperation between the two countries in the 2000–2008 period. The PAD is portrayed as an ultra-nationalist social movement supported by various civic groups and institutions, mainly in the Thai capital Bangkok. In the first of four chapters the author tries to conceptionalize the term “uncivil society” as an appropriate characterization of movements such as the PAD whose behaviour and ideology run contrary to democratic principles. Puangthong argues, correctly in my view, that “the exclusion of certain organisations from the definition of civil society is theoretically untenable because all social movements and organisations, even the Ku Klux Klan, claim that their actions are right and legitimate” (page 9). It is also a matter of fact that the same “civil movement” might be considered a progressive force when fighting communist regimes or other authoritarian dictatorships and viewed as reactionary when opposing a democratically elected government, “even though its confrontational tactics may have been the same all along” (ibid.). The author tries to overcome this contradiction by defining “uncivil society” as a sub-set of “civil society”.

To read this review in full, please click here.