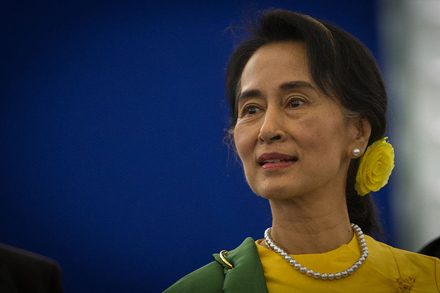 Daw Aung San Suu Kyi has arrived in Australia to much fanfare and media attention.

It’s not hard to see why; for more than two decades she has been a persistent fighter for political change in Myanmar. In fact, the freedom to express dissent without inciting violence could well be Myanmar opposition leader Aung San Suu Kyi’s legacy.

But it’s yet to be seen what she could achieve in parliament, a former ambassador turned ANU academic says.

For more than 20 years, Suu Kyi sought the release of political prisoners in the former military junta, advocated sanctions against the government, and tried to rally support for her party, the National League for Democracy.

“More than anyone else, she has sought to ensure that governments in her country pay greater attention to the needs of the ordinary people,” ANU College of Asia and the Pacific visiting fellow Trevor Wilson said ahead of her impending visit to the Australian National University this week – where she will receive an honorary doctorate.

Sidelined from contesting Myanmar’s 2010 election because it was held a week before her release from one of many periods of house arrests, Suu Kyi announced in June this year she wanted to become president in 2015, when national elections are planned as part of an ongoing transition from decades of military rule.

Commenting on the Nobel Peace Prize Laureate’s chances, Wilson said a military-drafted constitution which disqualifies her from being a candidate for president, because her two sons and late husband are foreigners, was not necessarily the end of the matter.

“The parliament recently set up a committee to consider revisions to the constitution before the elections, leading some observers to predict that a deal might clear the way for a Suu Kyi presidency,” Wilson pointed out.

Read the full article at the ANU College of Asia and the Pacific.