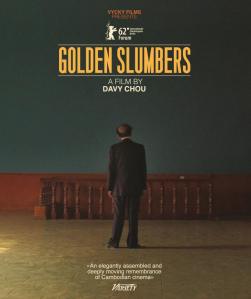 The Khmer Rouge took over Phnom Penh on 17 April 1975 beginning their reign of terror that left 1.8 million people dead over the next three and a half years. Movies were considered a bourgeoisie luxury, and were immediately banned and theatres shut down. Considered to be “enemies of the people”, most filmmakers and actors were killed. A few survivors fled the country, mainly settling down in France and the US.

Before these dark years, a “Little Bollywood” of expressive arts and filmmaking flourished in charming Cambodia under the Sihanouk regime. The first full-feature Khmer movie was released in 1960, and after that the industry grew amazingly fast. The 1960s saw the emergence of a few prominent directors and producers, a real “star system” for ratings, and the opening of 30 movie theatres in Phnom Penh — quite a feat considering the city wasn’t heavily populated. Even Prince Sihanouk himself was an avid filmmaker.

In 15 years, those studios produced around 400 films, many of them based on old folktales. More famous actors were Kong Sam Oeun, Vichara Dany, Nop Nem, Dy Saveth, Chea Yuthorn. Some remarkable films of the period were the romance “Orn Euy Srey Orn” (translated after Khmer Rouge regime as “Khmer After Angkor”) by Ly Bun Yim, the fantastic “Puos Keng Kang” (The Snake Man) by Tea Lim Koun or “Sovannahong” by Yvon Hem.

I became involved in documenting this story when I learned about the life of my grandfather, Van Chann, a prominent film producer in Cambodia during the Sihanouk years. As a Cambodian living in Paris, I set up shop Cambodia to make a documentary film about this era of filmmaking cultural history, called Golden Slumbers (2010).

I interviewed filmmakers Ly Bun Yim, Ly You Sreang, Yvon Hem and actress Dy Saveth thanks to my family link with this story: they were like the old uncles and aunts I had never met before, but immediately felt a bond towards.

Cambodian cinema is in a poor tattered state, but projects seem to be picking up pace. In the past few years, official organizations have been doing a lot more to rebuild the Cambodian film scene. One example is the Cambodia Film Commission, which creates workshops, attracts international film shoots and holds the Cambodia International Film Festival. Another group, Kon Khmer Kon Khmer, is a hip youth collective that held a gathering called “Film Camp” last month. I’m hopeful for the future of Cambodian cinema.

Davy Chou, a French-Cambodian filmmaker, is the director of Golden Slumbers.