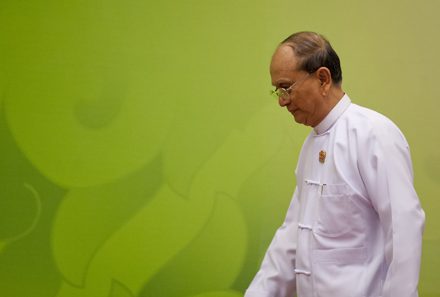 Change you can depend on

This column was first published at The Myanmar Times on Monday, 27 April 2015

Depending on who you ask, it’s still all too common to hear people exclaim that “nothing has changed” in Myanmar. They usually point to problems with the reform trajectory, the lack of true democratic participation and the persistence of military influence in politics. It’s easy enough to make a list of what’s going wrong.

Those who see the country in this way have often spent a lot of time gazing across the border from Thailand, or advocating for the dispossessed and downtrodden. From such a vantage, Myanmar can apparently look like a diabolical failure, one worthy of criticism, even scorn. Those who play active roles in seeking to right Myanmar’s wrongs are usually dismissed for their naivety.

What grates with these negative impressions is that they serve to undermine rightful opportunities for criticism and make a mockery of the progress that has occurred. While much is still wrong with how Myanmar is managed and certain problems appear intractable, it is too easy to dismiss the genuinely useful and constructive changes that have occurred. Such changes take a variety of forms.

There is, for a start, the way that university life in Myanmar has evolved. The system today is hardly perfect, yet it gives real chances to young students seeking to make their academic mark. They are welcomed to campuses by enthusiastic teachers, including many who faced the hardships of the dictatorial decades head-on. On dozens of campuses around the country there are inspiring stories of quiet defiance motivated by determination that the flicker of Myanmar intellectual life should never be extinguished. Those who lived through such lean times relish the new smorgasbord of fresh academic opportunities. They teach their students to pay attention, ask questions, look around and seize the possibilities in front of them.

We also see changes in the business community – and not just for the big end of town. Youngsters, often with no significant financial backing, are forging out into new areas of the economy. The tech sector is one place to look for these rising waves of entrepreneurs, but they are found in many other corners too. Many take a socially responsible approach to business formation and hope that their own economic success can lead to wider benefits. It is only a matter of time before some of them hit the big time, getting the chance to redefine the commercial landscape. Few will see them coming.

It’s also true that in Myanmar’s major government institutions there are changes under way. They never make headlines but the new tone in official Myanmar is arguably the most important trend of all. Unless you spend a lot of time with public servants it’s hard to get a sense of just how far opinions have shifted. In half a decade the people who ultimately implement government policy have had a chance to see what needs to happen for the system to grow and prosper. Many are now taking up educational and international travel possibilities for the first time. As their horizons expand, so do their visions for what Myanmar can become.

These are the realities that get missed in the doom-and-gloom analyses of those who cannot comprehend that some things are getting better, while others stay the same or get worse. It is the inconsistency and contradiction of Myanmar’s situation that so often baffles those who want to offer a ready prognosis. It defies the simple plus-minus game and undermines any insistence that there is simply one story of what’s happening to more than 50 million people.

From where I sit, getting better information about the lives of those 50 million people will help to drive better assessments of what’s going on. For now, too much is still defined by the lack of a baseline about the most basic experiences. Instead, there is a rolling maul of inadequate and often erratic data points, all of which tell us something but never come close to painting the full picture. It is that overall image, one where shapes make sense up close but also from a distance, that eludes us.

In time we will hopefully get the full picture: coloured by a spirit of transformation, and now shaded by countless individual stories and experiences. Every one of them has their own motivations and goals. It’s unclear, to me at least, whether we’ll ever really know what it is that drives all of the next moves.

Yet what is guaranteed is that more flux and change awaits. This means the answer to the assertion that Myanmar isn’t changing shouldn’t be a simple retort. The better response is to accept that the divergence of paths, and the mish-mash of trends, is killing off the certainties some have come to hold dear. It is those certainties that are now genuinely threatened by the ever-shifting picture of reform.