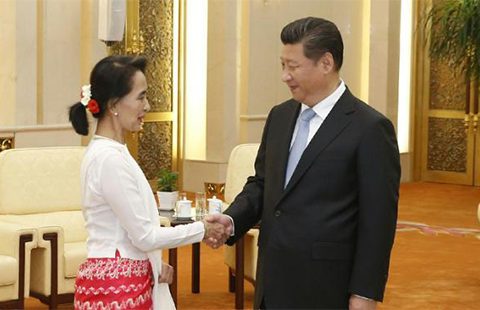 China and the vote

Like a dour brylcreemed uncle, Beijing will be warning Naypyitaw about all this change-y, hope-y stuff come 8 November.

One-party states rarely like elections. So Beijing is likely to be looking upon upcoming events in Myanmar with a wary, yet jaundiced eye.

There are many reasons for Beijing’s worry. As others have noted, Myanmar’s dynamic, media-savvy, young population have an ‘enduring affection for Western institutions, practices and culture’; all of which brings to mind certain, failed attempts to challenge and change one-party rule in Beijing more than 20 years ago.

And despite great investments and efforts through Confucius Institutes and other official (and unofficial) programs, there still appears far less demand for Chinese language classes than for English language lessons.

While this correspondent (himself a refugee of many classes spitting out tongue-twisters about 800 soldiers shooting arrows) is deeply sympathetic to the travails of the Chinese language learner, it does seem surprising that the language of Du Fu, Li Shangyin and Li Bai finds little common soil in Myanmar.

Part of this may be due to prosaic economic concerns. The post-GFC triumphalism of the “Beijing Consensus” has died down considerably. In today’s “new normal” economy there are deep concerns about the longevity of Beijing’s bureaucratic business model.

And China’s constant discussion of its “unique circumstances” may mean that, in spite of other countries undoubtedly respecting China’s development achievements, Beijing will be unable to convince other nations that it has uncovered a replicable form of autocratic alchemy.

Beijing’s frustrations will be worsened by the past few years of bilateral events. While it has substantial investments in off-shore oil and gas fields in Rakhine State, the postponement of the Myitsone hydroelectric dam in Kachin State was a significant blow, and rumblings over the Letpadaung copper mine in Sagaing Region cause concern.

All of this leads to an exorable feeling that Beijing may look upon Naypitaw’s forthcoming elections with a sense of envy. Regular visitors to Yangon (if not Naypitaw, still more possessed of residences than residents) return discussing a sense of energy and vibrancy that has not been seen in China since periods of the 1980s.

Unable to contribute to this popular zeitgeist, Beijing is instead stuck in the role of the dour Brylcreemed uncle, stuck warning boisterous relatives that their economic development still has a long way to go, and that they’ll never get a real job if they keep wasting their time on this change-y, hope-y stuff anyway.

Even the current rulers, despite decades of anti-British and anti-American bombast, have stated that Myanmar enjoys common cause with the West. The coming of elections can be seen as the culmination of that. Who doesn’t enjoy an election? Despite the undoubted difficulties that lie ahead for Myanmar’s democratic future, the optics will be terrific. And parade-loving, communist-ruled China understands optics better than most.

Finally, on China and the vote, one cannot only consider the central government perspective; cadres in Yunnan province are also calculating the impact of democratic change. Kunming would have to deal with any unrest on the border.

Possibly more than two million Chinese citizens and former citizens now call Myanmar home, none of whom are formally recognised as a ‘national race’, and many of whom still have family in Yunnan. Very few people have forgotten how poorly ethnic Chinese fared in recent periods of change in Indonesia. Tensions will be high.

But what will China do? Almost certainly, it will do what it has always done best – be pragmatic.

Beijing’s embrace of Daw Aung San Suu Kyi, and the smooth way that Beijing also ensured that her visits steered clear of awkward discussions of her fellow Nobel Laureate Liu Xiaobo or of the many other, less-well-known Chinese political and human rights activists currently in detention, showed that China will deal with whichever leader wins the forthcoming election. And Beijing’s plans for ‘One Belt, One Road’ are reliant on the development of a viable Bangladesh, India, and Myanmar ‘corridor’.

Amid the noise and the haste, Beijing knows that Naypitaw needs it. China is still Myanmar’s biggest trading partner, and its simplest source of capital. Many of Myanmar’s major projects are beyond local engineering capacity and savvy.

While Chinese firms’ micro-management of major projects – extending from resources to labour – may grate, the ability of these firms to deliver huge infrastructure to tight schedules is a major contribution to the Myanmar economy. It is hard to imagine that the know-how necessary for the pipelines from Kyaukpyu in Rakhine State to Ruili over the border will be readily available in Myanmar.

So, in the excitement and awe, expect China to sit back and wait – it will be hoping that cheque signing will win out over flag waving, no matter who wins on 8 November.