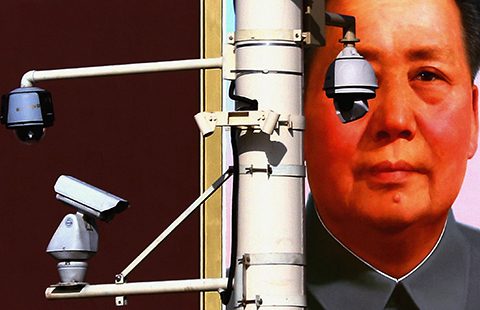 Consumption and control in Beijing My fascination with China began in 1989.

I was 14 then and the image of the man who stood in front of a column of tanks in protest during the Tiananmen incident left a permanent impression in my mind. Later in university, while studying Chinese history, I almost got the chance to visit China. Unfortunately the trip never materialised.

But this year, almost 14 years later, the opportunity presented itself once again, and I spent nine days in Beijing as part of a teaching exchange program.

Friends of mine who had visited or worked in Beijing often remarked about the remarkable transformation it has undergone since the scars of Mao’s Cultural Revolution and the decades where it languished as an impoverished backwater with its narrow streets and alleys.

Despite seeing the images of a truly modern Beijing on TV and in magazines, nothing prepared me for the visual spectacle in this fantasy city – Wangfujing Street, the city’s trendy district is flooded with fashionable boutiques, fast food restaurants and the ubiquitous Apple retail shop.

On the roads, it was not hard to spot the long line of exotic sports cars. The subway is extremely efficient and connects many parts of the city. Along the streets of Wangfujing, stylish Beijingers wield the latest in mobile technology. There was a long line of buses parked with tourists from all over the world outside the Lao She Teahouse and the Chaoyang Theatre.

It is also evident that Beijing provides a level of cultural capital by integrating restaurants, entertainment, shopping and cultural experiences to the consumer who seeks to immerse himself with personal knowledge and experiences. To an outsider, the perception is that China has become increasingly open.

But whatever optimism and faith one might have in the Chinese Communist Party to dismantle existing restraints and allow some level of openness, developments must be viewed with some scepticism.

Take for instance the government’s great firewall on social media sites, Google and even the New York Times, and the promotion of its own media systems such as Weibo and WeChat – strictly monitored for material that is critical or undermines the legitimacy of the party. In 2014, it imposed a blackout on pro-democracy demonstrations in Hong Kong by censoring news reports and social media posts and pictures.

When I visited Tiananmen Square with a Singaporean colleague, we were stunned by dozens of security cameras that loomed over smiling tourists angling their mobile phones for photo opportunities and the deployment of numerous soldiers and plain-clothes security personnel at numerous checkpoints around the Square and the Forbidden City.

We were subjected to constant security checks everywhere and on many instances a book my colleague was carrying with him, a research thesis on the spread of Christianity in China, was closely scrutinised.

According to a report by Associated Press, this expansion in monitoring technology is part of a broader ‘social management’ initiative to create an advanced system that stores information (such as tax details and educational history) on every citizen.

These forms of surveillance are used in Western countries, alongside legal structures governing what type and how this information can be used. Yet it is quite unlikely that such safeguards exist in China.

In fact, the authorities have specifically sort to curb online discourse by artists and other intellectuals advocating social and political change. Take for instance, Wang Liming, the political cartoonist who lampooned Chinese President Xi Jinping, who had his home searched and his blog shutdown.

The people I spoke with were hesitant about commenting on anything that related to the communist party or the level of openness in society. However one teacher in her late 40s said that the situation now is vastly different compared to 30 years ago. She also mentioned that she is very excited about visiting her daughter who is currently enrolled as a first-year student at an Australian university.

When I asked her why she sent her daughter abroad, she answered, ‘More opportunities and flexibility.’