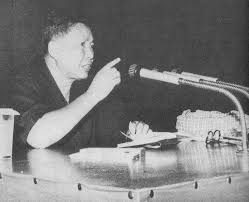 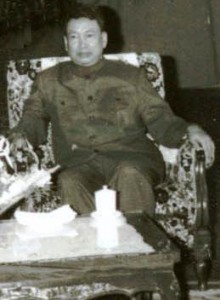 The notorious Holocaust denier, Israel Shamir, has been making the rounds among Cambodia watchers this week. This time, he’s praising Pol Pot in an article for the far-left magazine Counterpunch. Talk about head in the sand:

The Pol Pot the Cambodians remember was not a tyrant, but a great patriot and nationalist, a lover of native culture and native way of life. He was brought up in royal palace circles; his aunt was a concubine of the previous king. He studied in Paris, but instead of making money and a career, he returned home, and spent a few years dwelling with forest tribes to learn from the peasants. He felt compassion for the ordinary village people who were ripped off on a daily basis by the city folk, the comprador parasites. He built an army to defend the countryside from these power-wielding robbers. Pol Pot, a monkish man of simple needs, did not seek wealth, fame or power for himself. He had one great ambition: to terminate the failing colonial capitalism in Cambodia, return to village tradition, and from there, to build a new country from scratch.

Yikes! That’s even worse than the drivel Noam Chomsky has written on the Khmer Rouge. I was going to publish a sarcastic rebuttal here, but the staff of the Phnom Penh Post got there first:

We must admit we were swayed when Shamir provided conclusive proof that the KR genocides were either inept or out-and-out fabrications: he alerted us to the fact that the population of Cambodia has doubled since 1970. We eagerly await his next Counterpunch article, “Population of Europe has increased by a factor of six since 1939, therefore World War II never happened.”