Crossing a river in Arunachal Pradesh

These photos were taken earlier in February near Miao in the eastern part of India’s Arunachal Pradesh. The Burmese border is not that far away (see this official map to get a sense of the geography). The river that stars in these shots is the Dehing. It starts high in the mountains and, as the huge riverbed makes clear, in the wet season it can flow fast and furious.

I have put these photos up online because Arunachal Pradesh and, in particular, its easternmost parts are rarely visited. The current restrictions on access to these places may not continue forever and there is always a real possibility that there will be greater opportunities for travel and research in the future. With that in mind I hope these snaps give New Mandala readers a bit more of a feel for this part of Southeast Asia’s borderlands. – The Dehing River from above. 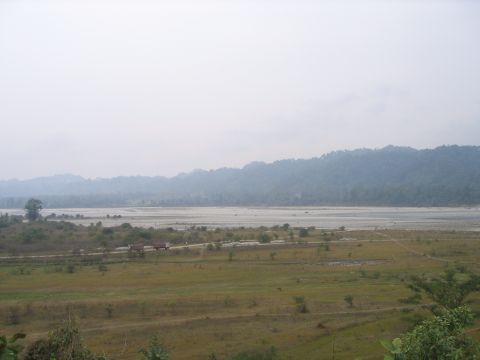 – The Dehing River with its wide flood plain and riverbed stretching off into the distance. 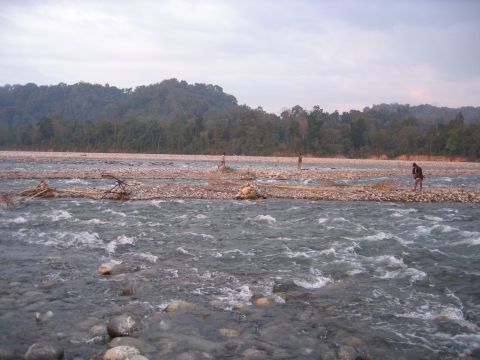 – Some fishermen making a living in the rapids. – At this time of year the small parts of the river’s braid can be crossed by a sturdy vehicle. – However, there is still a deep and wide channel that even the toughest 4×4 can’t take on. 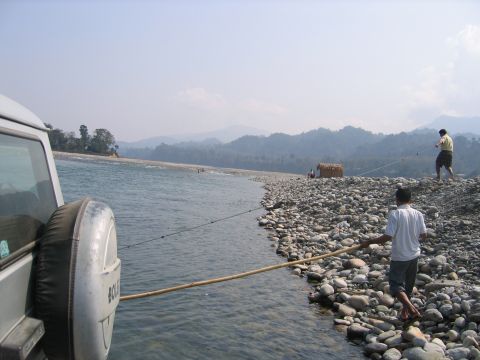 …and a pull…we were on our way… – Readers who are familiar with the tradition of summer-time punting at my home institution, Oxford, will know what I was thinking when the boatmasters pulled out their long poles: “There is no way they can punt a four-wheel drive across this river”. 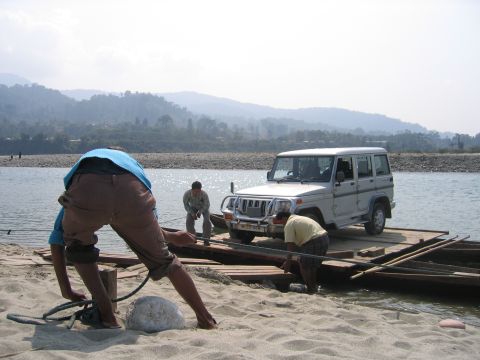 – But they did. We made it, and then made it back across the river too. In truth, there was not a moment when the two boats were even slightly shaky. The skill of the boatmasters was clear at all times. 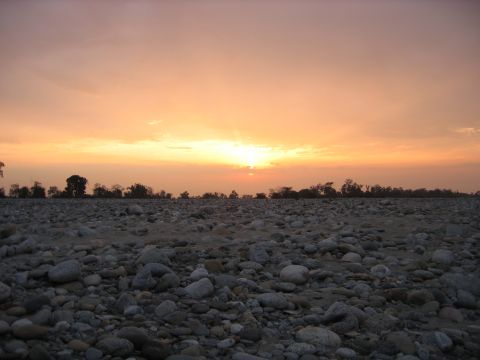 – The Dehing River at sunset in the winter-time.

I hope readers have found some of these pictures interesting or useful. There will be more details on the recent Manau festival held in Arunachal Pradesh in future posts.