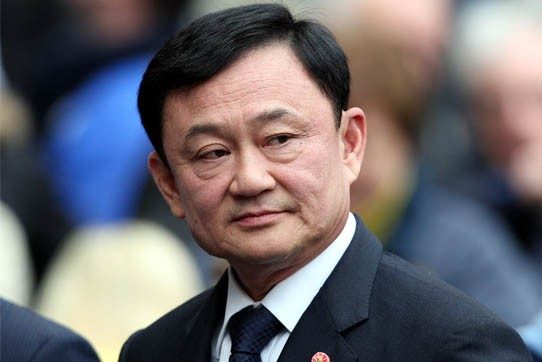 Days of future past in Thailand

It is 2018. Flames are engulfing Ratchaprasong and smokes billowing in the sky. Gun noises could be heard from a distant. Bodies numbering thousands littered on the streets, with the injured screaming in pain. To prevent more bloodshed, Woravut – a red-shirt insurgent leader – retreated, his leg wounded. Against all odds he knew there was only one option left.

He hurriedly drove to meet Luang Pu Viriyang. “Luang Pu, I know you have the power to transport a person’s consciousness to the past. Put me back to the year 2005. It’s the only way out”.

“You will risk your life, son. Few are able to return with their consciousness intact”, says Luang Pu. “And only you will be able to remember”.

“Then so be it” mustered Woravut. “Hurry they are coming for me”.

Luang Pu sighs and prompts him to lie down, his leg bleeding. Chanting, the monk puts his hand on Waravut’s head.

Woravut opened his eyes to find himself in a corridor outside a room, feeling nauseous. “Where am I?”

“What are you talking about? You are about to congratulate Thaksin on his Thai Rak Thai election victory” a man said. Wasting no time, Woravut budged into the room to find Thaksin on the phone.

“Get off the phone” he shouted

“This won’t make any sense to you. I come to warn you what will happen in 13 years from now”

“You’re out of your mind. I’ve just won another landslide election” Thaksin said.

“Listen to me. You must leave politics for now. Your hubris will be your downfall”.

“If this is your congratulation, then get out!” Thaksin’s bodyguards grabbed Woravut by the arms, escorting him to the door.

“Both visible and invisible forces will conspire against you. They will stage two coups overthrowing your party in 2006 and 2014. You will go into self-exile. They will seize your assets. Three Prime Ministers of yours will be removed, your sister included. Many red-shirts will die in vain in 2010. And in 2018 will be the great war – Thais killing Thais on Thai soil. Is this what you want? Answer me!” Woravut yelled. Blood seeping out of his trousers.

Pushing the guards aside, Woravut grabbed hold of Thaksin’s shoulders. Their eyes locked. At that instance, Thaksin saw a glimpse of the future.

Speechless and visibly shaken, Thaksin stood still while his guards escorted the man out. Once out of the room, Waravut fainted.

The bedside alarm clock is buzzing, waking Waravut. “Where am I?” He sits up, his face covered in sweat. “Relax honey. You’re at home. In Lad Prao”, says his wife.

“ Red? Yellow? The war? Honey, you are talking strangely”

“Tell me what happened in the last 13 years.”

His wife says “In 2005 Thaksin dissolved his party, citing health reasons, leading to Democrat’s victory. After Democrat’s four-year full term, people across the country have voted for Thai Rak Thai ever since. Are you ok? You’re sweating”

“Listen, I have to catch a bullet-train Shinkansen to Rayong. My colleagues Abdul and Nicole are waiting, says his wife, kissing his cheek. “I’ll see you tonight” “Don’t forget to get some milk”.

Once his wife left, Woravut made himself a coffee, still blurred and confused. On the kitchen table is today’s newspaper dated 7 February 2018.

Anonymous is a political observer