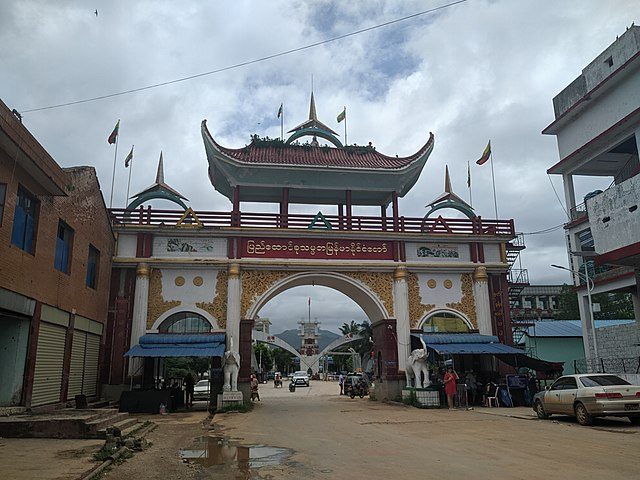 The Chinese Communist Party (CCP), the world’s largest ruling party, celebrated its 100th anniversary in Tiananmen Square on 1 July. In addition to domestic celebrations, the CCP received more than 1500 congratulatory messages and letters from political parties and political organizations across the world. The significance of two from Ethnic Armed organizations (EAOs) in northern Myanmar are noteworthy, though no one knows if they were counted in that tally.

Among the two letters, one letter was jointly sent on the 30th June 2021 by the Brotherhood Alliance, which includes the Myanmar National Truth and Justice Party /Myanmar National Democratic Alliance Army (MNTJP/MNDAA), the Palaung State Liberation Front/Ta’ang National Liberation Army (PSLF/TNLA), and the United League of Arakan/Arakan Army (ULA/AA). On the same day, the United Wa State Party/United Wa State Army (UWSP/UWSA), which controls two territories along the Chinese and Thai borders, sent another congratulatory letter.

The congratulatory letter from the Brotherhood Alliance has not addressed the specific recipient. In addition to flattering words, it mentioned that “it is our deep desire and dream to establish inter-party relations with the CCP.” This so-called establishment of inter-party relations is actually a desire to have support from China. Currently, none of the three alliance members have ceasefire agreements with the Tatmadaw, and clashes occur at a high frequency. The MNDAA in particular has been eager to regain control of the Kokang region since it was pushed back by the Tatmadaw in the Kokang Incident in 2009, the 20th year of the ceasefire agreement between them. In 2015, the MNDAA united with TNLA and AA to launch a large-scale battle to recover the lost land, but these actions ended in failure. In this context, it is understood that the support of China could be of great help for the three EAOs in achieving their goals. In contrast, the congratulatory letter from the UWSP has clearly specified the recipient as the Yunnan Provincial Committee of the CCP, expressing its gratitude for the CCP’s support for the Wa State’s peaceful development during the past 32 years. This demonstrates that the UWSP has already received support from China with clear channels of communication and multiple levels of contact. For example, Sun Guoxiang, Beijing’s special envoy for Asian affairs, visited Wa as a special guest on the 30th anniversary of Wa State in 2019.  Moreover, the Wa maintains tight cooperation with Puer City, Yunnan Province, in drug enforcement, agriculture, and healthcare. Menglian County in Puer, for instance, has donated a nucleic acid testing laboratory and provided guidance on COVID-19 prevention to Wa State recently.

It is also worth noting that both letters have highly praised China’s Belt and Road Initiative (BRI). But in reality, China’s infrastructure projects under the umbrella of BRI are not going well in Myanmar, with a rocky history of stops and starts. The Myitsone Dam, a project jointly funded by China and Myanmar that the Myanmar government suspended in 2011, has cost Chinese financiers and contractors dearly. Also, one pipeline station operated by China was attacked by an armed group named Kyaukse districts Defense force in May of this year, and this resulted in the death of three guards. Considering that a significant number of BRI projects or activities are taking place in territories controlled by EAOs, they naturally want to facilitate and protect them in exchange for China’s support. One example is Rakhine State where the AA is located, which is a major hub for Chinese investment with projects such as the oil and gas pipeline and the deep-sea port. Meanwhile, BRI projects also mean an influx of money, which is attractive to EAOs with high military expenditures. 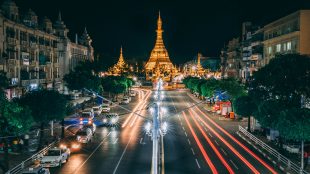 The Brotherhood’s letter has also emphasized Chinese identity, noting that the centennial celebration has made all overseas Chinese people proud, and concludes with a greeting to fellow Chinese people around the world. This is because except for AA, MNDAA and TNLA both have ethnic ties with China. This is especially the case in Kokang, the MNDAA controlled area, where people are Han Chinese, the majority ethnic group in China. In addition, China has a Wa population of over 420,000. But many Chinese are dissatisfied with having same ethnic groups now divided between two countries. This is because in 1960, when China and Myanmar negotiated the border demarcation, China abandoned its traditional territory in order to gain political recognition and friendly neighborly relations. Hence, there has been a strong sense of grievance against the decision made by Chinese government at that time in China. Considering the impracticality of renegotiating the border demarcation, this grievance can only translate into support for their ethnic brothers in Myanmar. The MNDAA had opened a bank account for crowdfunding in China and raised over half a million dollars in less than two years until Beijing suspended it in 2017. Needless to say, the Brotherhood Alliance is hoping that Beijing could re-open a channel through which domestic public support in China can be cashed out to them.

What role do EAO’s want China to play for them? The interactions and background described above demonstrate the multiplicity of their expectations. For the members of the Brotherhood Alliance, who are stuck in a bitter battle with the government, their congratulatory letter also seems to be a letter of request. They desperately need China’s support at both the political and public levels. On the other hand the Wa, which relies on Chinese support to achieve de facto autonomy today, wants to maintain the status quo with China.