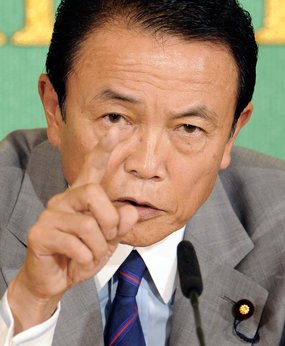 At first I could not believe my ears. But after checking the ABC’s website I had to accept that it was true. The story, of course, was the election of Taro Aso as Japan’s third Prime Minister in two years. The ABC site reports that Aso is “known for being a blunt speaker.” Ouch!

But there is worse … much worse. According to the report on ABC evening news:

Mr Aso has assiduously built his profile. Appearances like this on a celebrity cooking show have boosted his appeal.