Economic impact of the Sepon mine 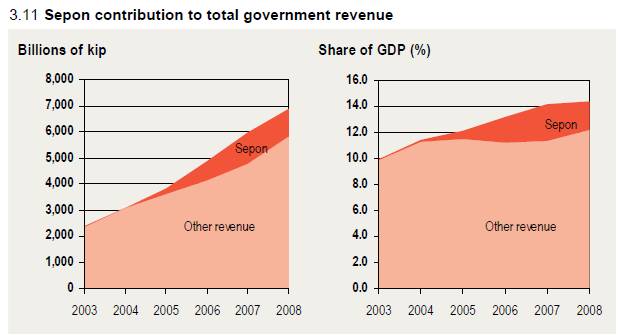 The Centre for International Economics, based in Sydney and Canberra, recently published this report on The Economic Impact of the Sepon Mine. Of course, companies like Lan Xang Minerals, which owns the mine, have reasons of self-interest for commissioning such reports. Moreover, critics of the mine would challenge not the scale of economic impact but its distribution, as well as the mine’s environmental impact.

This said, the economic impact of the mine is nothing if not striking. According to the report, it has contributed over 5 per cent of Lao GDP since the start of production in 2003. This translates to an increase of almost one percent a year of GDP growth (over estimated growth without the mine). In addition, the “mine employs up to 40 per cent of the local workforce and up to 70 per cent of local cash income”.