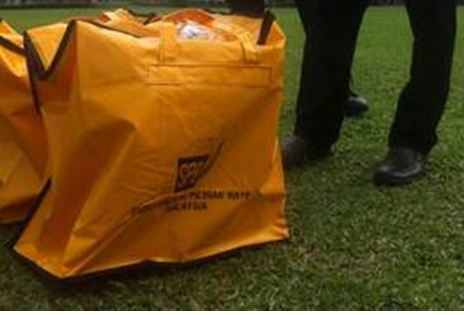 Election Commission in the spotlight 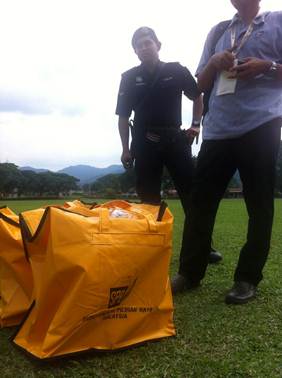 Before the ballots closed today, Home Minister Hishammuddin Hussein tweeted “All KDN (Ministry of Home Affairs) agencies are on standby to assist the Election Commission in terms of security and/or ID verifications. @NajibRazak #GE13 #PRU13”. That he directed his tweet towards Najib did not lend the Election Commission more legitimacy for its impartiality. Why, after all, would it be more important for Najib to be assured of this by his own Home Minister, than any other politician concerned that polls may be rigged? Perhaps as the Prime Minister of the country, it is important for him to know that the opposition have a fair chance of winning.

Furthermore, the issue of indelible ink has stirred controversy this election. Election Commission Chairman Tan Sri Abdul Aziz Yusof reacted to claims that the ink used for voting could easily be washed off, by claiming that the ink he personally used couldn’t. Days earlier, Deputy Head Wan Ahmad Wan Omar had quickly washed off the importance placed on the quality of ink to an ABC journalist, and instead chose to assure people that the electoral roll was clean. With United Malay National Organisation (UMNO) media regurgitating the Electoral Commission’s own assurances, the necessary separation of these two institutions appears uncertain.

With such tension surrounding the Electoral Commission, innocuous photos such as the above have been interpreted as part of a broader vote-buying game being played out in Sarawak. In coming days, the Election Commission will be unable to keep itself out of the charged reaction by members of Pakatan Rakyat. To avert increasing tension, the Commission will need to avoid getting embroiled in the narratives of the respective political coalitions. Surely Election Commissions should be able to provide a spotlight, rather than be placed under one.

How can Malaysia’s Election Commission achieve this now?