Consuming orphans in a Jakarta mall

During Ramadan, orphans are in high demand. Communal fast breaking, or Iftar, with orphans becomes a common Corporate Social Responsibility (CSR) practice in the business sphere. I recently attended such a fast breaking celebration. Through bartering with their advertising partners, the corporation that played host to the event was able to meet its CSR obligations while bearing little to none of the cost. It was not at all a surprise that commercial interests heavily influenced how the event was carried out.

Names and logos of the sponsors were displayed prominently on the mosque-like stage and on everything handed out to the orphans. This included the gifts some of them won from the pop quiz during the event, the large shopping bags handed out to each orphan before they departed from the mall, and all of the contents of the bags provided by interested parties.

In the name of corporate social responsibility, Dunkin’ Donuts donated its ‘free’ doughnuts, Sosro offered its famous iced tea bottles, the mall made itself available as a ‘public space’, and so on. The nutritional value, variety, and taste of the food—and the educational value of the event—were all secondary to cramming in as much advertisement as possible. It doesn’t matter that Dunkin’ Donuts had already provided a generous amount of its sugary pastry—when Papabunz bakery offered more, you say yes. This created an interesting situation where an underprivileged group like orphans were all of a sudden overwhelmed with sugary pastry, such that half-eaten doughnuts were left behind at the end of the event. Commercial interests dominated other aspects of how corporations met their legally mandated CSR obligations. The limited budget allocated to the event and the lack of potential for profits meant that it was done leisurely: the standard procedure of event organisation was neglected because it was considered too cumbersome and unnecessary. One of the hosts was two hours late, the kids were seated in a crammed area three hours before the beginning of the event, and the performance was poorly thought out and mostly from amateurish individuals and groups for cost-cutting. One such group was a dakwah boyband called LAKI. They took the stage, which bore a facade of a mosque, to perform three of their hits in exchange for a magazine feature about their band. LAKI owes some of its limited fame to its member Abizar, whose father was the late Jefri Al Buchori, a famous preacher. Their songs are mostly composed from catchphrases about their piety, with lyrics such as: aku gak bisa pacar sebelum aku dewasa (I cannot date until I’m an adult), dunia ini sementara, akhirat selamanya (this world is only temporary, afterlife is eternal) and so on. While I found the lyrics and their K-pop style aesthetics interesting, I couldn’t help but notice how unprepared they were and how clunky their performance was. Their most famous member, Abizar, did not even make an appearance as promised. At one stage, they spoke about the meaning of their lyrics: ‘Poor people die, and rich people die, too. So, it’s important not to be arrogant’, a member in trendy streetwear explained to a group of orphans wearing blue uniforms from the orphanage. Other entertainment included a drum performance when Iftar was approaching, a pop quiz about the basics of Islam, and a former winner of Miss Universe Indonesia talking about how to stay slim and healthy while dealing with sahur, or pre-dawn meal before fasting. This discrepancy between the lifestyle and priorities of the event hosts and those of their nominal target audience was at its sharpest when the hostess plugged a department store fashion show by making some orphans do a catwalk on stage. ‘Later this month we will host a fashion show for kids. The participants should wear items purchased at the department store, and the registration fee is Rp50,000 per participant’, announced the hostess, who was wearing an elaborate kebaya dress. She then proceeded to invited some kids to perform catwalk on the stage. ‘No no no you shouldn’t walk like that. You should lift your legs like so, and walk with confidence. You know, just like models at fashion show’, she cheerfully advised the children volunteers. 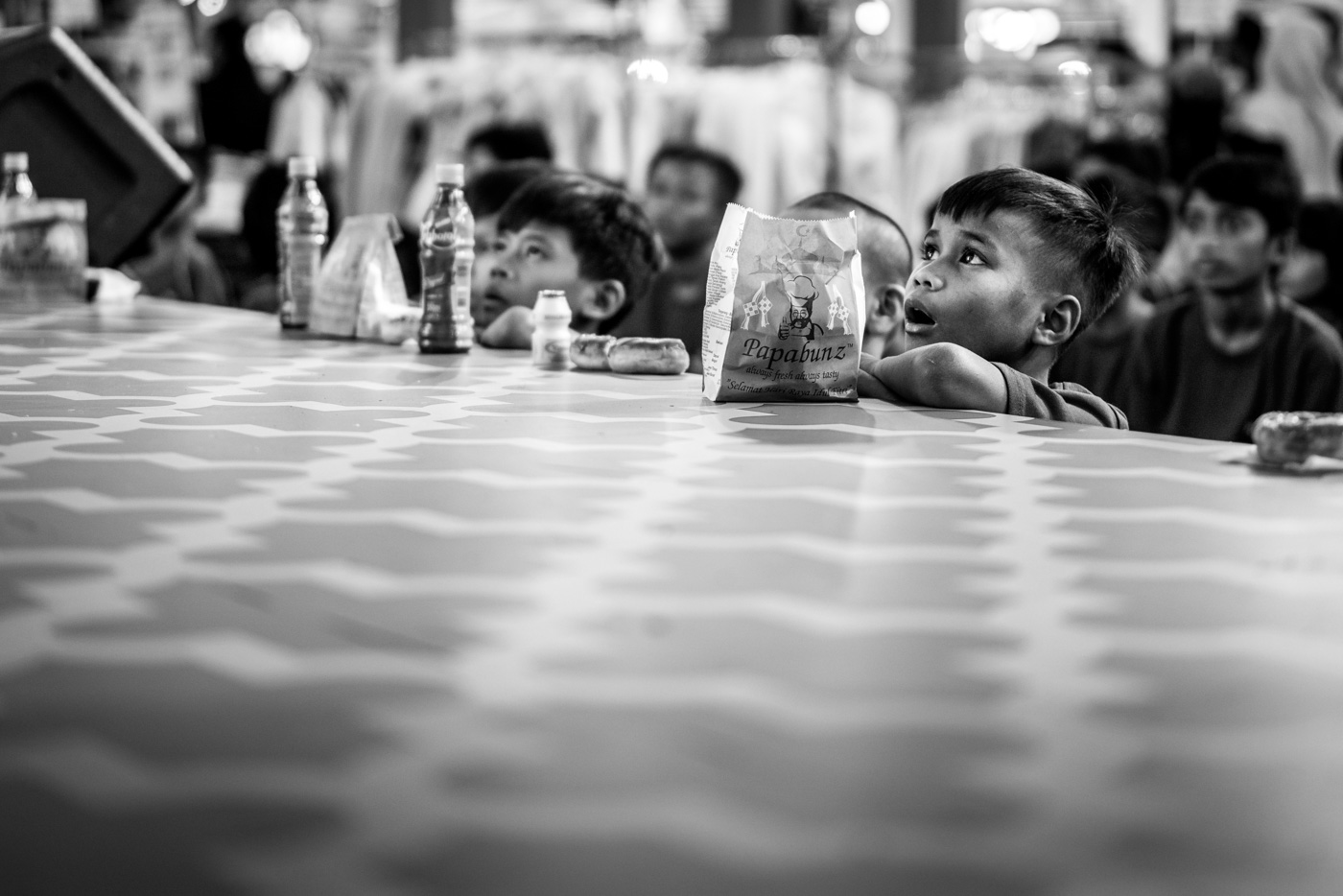 While there’s little doubt that most of the kids had fun watching their friends make fools of themselves on the stage, the exercise struck me as out-of-touch and somewhat exploitative. Just like the overwhelming amount of sugary pastry, the priority of the catwalk was not the enjoyment or the well-being of the orphans whom the event was nominally meant for, but the relentless maximising of commercial interests in the CSR space that the government helped to create.

Did it not occur to anyone that orphans are typically not financially equipped to ‘celebrate’ consumerism like we do in our mall-based civil society? Was it not obvious that fashion gala may not be what orphans tend to be invited to in general? In the name of corporate social responsibility, we invited orphans into our world for a brief visit. With all our power and privileges, what we came up with in the end is a catwalk on stage, talks about abstract equality in the vocabulary of religion through the medium of a boy band, all in a space filled with an ongoing shopping frenzy bolstered by Tunjangan Hari Raya bonuses. It’s not so much that the inequality and the general lack of awareness of it that loomed in my mind—sadly, those are very clear. What bothered me in particular was the sense that our society is having trouble imagining an alternative to the mall-based consumerist world that we are all stuck in to varying degrees. When given the opportunity (and privilege) to entertain disadvantaged children, we organised a fashion show; we gave them doughnuts, fried chicken, ice tea, and instant religion, all served in styrofoam containers. And I’m very much a part of this. I wrote up this note with a cup of caffe latte sitting in front of me at a coffee shop inside a mall—having difficulties escaping my own latte urbanism. ‘I feel bad that we do this every year. It’s like we are using the orphans for advertisement’, an organiser confided to me.  At the end of the day, we more or less got what we wanted. The corporation met its CSR obligations while simultaneously maximising its commercial interests. Its business partners were able to use ‘fast breaking with orphans’ to advertise their products and services and network with potential clients, mall-goers went away with some laughter and the feeling that they witness kindness, LAKI is getting its magazine feature, the orphans and their donors had a pleasant afternoon in the mall, and I had my weekly reminder that we live in a society where orphans are occasionally consumed for festivity. Ray Yen is a PhD candidate at the Department of Political and Social Change in the ANU’s Coral Bell School of Asia Pacific Affairs. The end of an era for the iconic form of transportation? 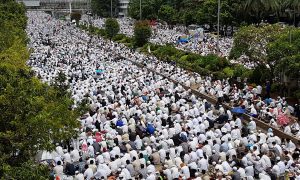 On the ground insights from the anti-Ahok rallies 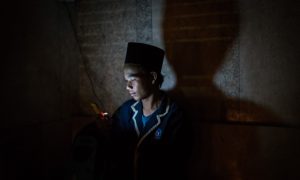 Prayer, peace and protest in Jakarta

Images from inside Indonesia's latest mass mobilisation to defend Islam.