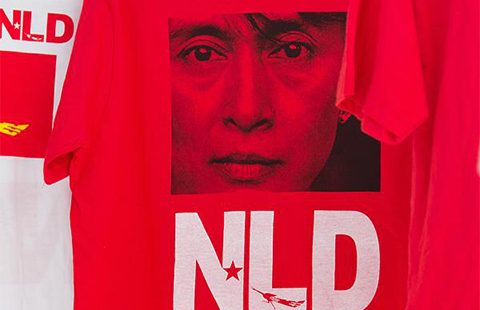 Free and fair elections in Myanmar? Myanmar’s upcoming election serves to highlight the role of the parliament in conflict resolution, the role of the election in ongoing conflict, and the relationship between law and conflict.

That was the view of specialist panel on electoral politics at the 2015 Myanmar/Burma Update.

Professor Chaw Chaw Sein, Head of the Department of International Relations, University of Yangon, commenced the panel, alluding to the questions on everyone’s mind.

“Whether the election will be free and fair and the post-election transfer of power will be peaceful are the key questions,” she said.

According to Chaw Chaw Sein there are three key players in Myanmar’s critical election: the Union Election Commission, the military, and international observers. Though the UEC had many weaknesses in 2010’s by-elections, Chaw Chaw Sein pointed out that it is now doing its best in working towards a free and fair election. This is demonstrated by the commission’s collaboration with local civil society organisations to draft a code of conduct and educate voters, as well as its willingness to receive international observers.

Chaw Chaw Sein emphasised that the UEC is dealing with numerous issues, such as monitoring the behaviours of political parties, including the Union and Solidarity Development Party and National League for Democracy. Voting rights for the marginalised are another major issue “as people living in slums are unable to register”.

Chaw Chaw Sein also highlighted the role of the military in the election, pointing out that it was still a cause for concern. “The military is highly concerned by the security and stability of the country and acts as the guardian of the State,” while there is a huge gap in trust between the military and the citizens.

She also outlined possible scenarios for the post election period, with a transfer of power most likely. She emphasised the importance of international observers which will monitor elections for the first time in the country, even if 70 per cent of the people live in rural areas and are not aware of international observers. “This election will be a real test for a free and fair elections in Myanmar,” concluded Chaw Chaw Sein.

Chit Win, PhD candidate at ANU, discussed the parliament’s role in conflict resolution and political transition, something which is “often overlooked”.

In the case of Myanmar, “from expectations to be a rubber-stamp institution, the parliament has developed characteristics of a strong legislature,” said Chit Win. For example, the parliament developed its oversight authority in the peace process by consulting with constituencies.

Chit Win explained why the institution is unique: the President can’t veto any laws passed by the parliament and each speaker has a level of influence on the parliament as he can adjourn a session and choose the voting method.

However, Chit Win also qualified the power of the parliament in regards to major issues; the Myitsone dam and the Letpadaung crisis, ongoing ethnic conflict, the constitutional Tribunal, and communal violence all examples of its different levels of power and effectiveness.

Chit Win concluded tha: “the parliament shows varying degrees of commitment in engaging with transition challenges” emphasising that it has not been a “source of escalation of conflict” and that “its oversight power has been strengthened by a non-partisan approach”.

Michael Lidauer from the International Foundation for Electoral Systems looked at elections and conflict dynamics in Myanmar.

IFES is providing technical electoral support and analysis on the mutual impact of elections and conflict. The agency is involved throughout the electoral cycle, looking at the establishment of the election’s legal framework, the updating of the electoral list, the registration of political parties, the results, adjudication of complaints, and the transfer of power to the new government.

Lidauer said that there is “an assumption that elections are not a core cause of the conflict but it can intensify pre-existing level of conflicts or develop into new arenas of conflict mitigation”. He illustrated the point by looking at how the election may play out in Rakhine State with a high number of disenfranchised voters.

“Elections in Rakhine State could have a negative impact on the perception of elections in Myanmar,” he said.

Lidauer also looked at the impact of the election on ethnic conflict, citing “views that the elections have killed the peace process”. However, Lidauer asked, “Would elections have been possible without a draft ceasefire agreement?”

University of New South Wales legal scholar Melissa Crouch looked at law and conflict in Myanmar, asking whether we can legislate reform.

Crouch highlighted the various roles law can take, “managing, avoiding or exacerbating conflict”. She also examined the pattern of the relationship between law and conflict at three different levels; institutional, economic and social.

At the institutional level, “law continues to subordinate the courts to executive control”, therefore avoiding conflict. In the economic sector, law managed conflict between foreign and local interests to some extent but still remained a source of tension. “Reforms in business law give the government the upper hand over companies and individuals,” she said. While reforms appear new, they build on existing and old foundations.

In the social sector, “some reforms have led to new forms of conflicts between the state and individuals or groups,” said Crouch. The recent bill proposed in relation to claims to protect race and religion illustrate how law can exacerbate conflict.