From stagnation to regression? Indonesian democracy after twenty years

Indonesia is a rare case of democratic transition and persistence in Southeast Asia. But like many other countries around the world, Indonesia’s democracy increasingly shows signs of fragility and even regression. In recent years there has been a rise in authoritarian populism, arbitrary state crackdowns on freedom of speech and organisation, and a deterioration in the protection of minority rights. There are more deep-seated problems too: corruption, clientelism, unequal access to legal protection and redress, under-representation of lower-class and minority voices, and growing support for religious majoritarianism amongst the political class. Many symptoms of democratic fragility were first diagnosed during the second term of President Yudhoyono (2009-2014); but to the surprise of many observers, the most dramatic decline in democratic quality has occurred on President Jokowi’s watch (2014-).

To be sure, Indonesia has a well-earned reputation as the region’s most vibrant democracy. There is much to celebrate about what Indonesia has achieved over the past two decades since Suharto’s authoritarian regime was dismantled. But the warning signs require urgent analytical attention. Cases like the Philippines and Turkey provide powerful reminders that once-stable democracies can deteriorate quickly in the hands of democratically-elected leaders. This conference examines the quality of Indonesian democracy. The contributors will identify, assess and debate the signs of democratic backsliding across a range of political and institutional contexts. They will do so with a view not just to assessing Indonesia’s democratic evolution over time, but also to situating Indonesia in the context of a global democratic recession.

Attendance is free of charge and open to the public. Seats are limited, however, so please register your attendance via Eventbrite. 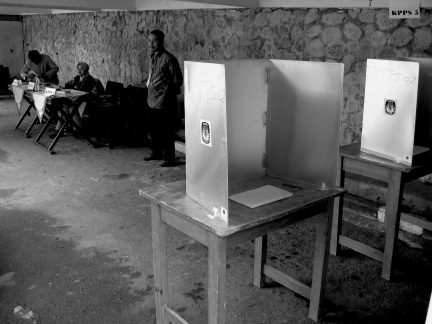