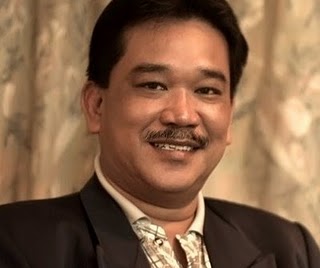 There is this perception that a new Government will emerge after the 13th General Elections. If there is going to be one, then the new Government must quantify their election promises. One of the most important issues is to ensure that funding meant for the poverty stricken people of this country must be used for the purpose of reducing the poverty level. Create opportunities for the poor,in order for them to be less dependent on the Government. The other important issue is to ensure that prices of essential items be brought down. These are bread and butter issues that affects the daily lives of the people. In addition,attention must be focus on the country’s Sovereignty and National Security.

Barisan Nasional were never strong to begin with. The people gave them that strength through the ballot box over the last 53 years. I will not deny that Malaysia has developed, as a progressing country.

Barisan Nasional took full advantage of the strength given to them by the people for their personal benefit. Politics was never dirty, the Politicians made politics dirty. Using race and religion as the fundamental basis to win votes is the most deplorable manner, there again what other means of winning an election does Barisan Nasional have. The Allah issue is a perfect example, other then the rampant corruption,which Barisan Nasional has never denied. Barisan Nasional is also ill equip to even handle the Sovereignty and National Security of the country. A perfect example is the foreign invasion of the Sulu Sultanate on Sabah. Billions has been spend on our Defense System, yet TERRORIST were able to enter our shores undetected. How did that happen?

Pakatan Rakyat’s only strength is, it has given HOPE to the people that there is an alternative to Barisan Nasional. Malaysians have thirst for a regime change but change is not just about changing the government, change is about putting the right people in Government and improving the system. Running a state is totally different from running a country.

Pakatan Rakyat’s biggest weakness is allowing themselves to be dictated by the old school of thoughts. The “new” generation of leaders are not to happy with the way things are being handle by the leadership. Many capable leaders are ever ready to serve, but Pakatan Rakyat, in particular Parti Keadilan Rakyat (PKR) are more comfortable in accepting Barisan Nasional “War-Lords” into their camp. Change apparently has been given a new meaning.

Malaysia has been and will always be a Multi Racial country,and nothing will change that fact. It is my hope and pray,that the Government upholds the Federal Constitution and not a Constitution that only favors a particular race and religion. A fully develop Nation is not only being quantified by just good infrastructure, the peace,harmony and above all equality among it’s people must be the foremost agenda of a Government.

Ronnie Klassen is the Deputy Chairman of a Political Pressure Group NGO known as DESAH (Demokrasi Sabah). He is also a well known Blogger and Political Activist and is a well respected and known figure among political leaders from both sides of the divide. Has been invited by various NGO’s and groups in Peninsular Malaysia to speak on numerous occasions on the political scenario in Sabah, Malaysia. In his most recent talk at a forum in Sabah, he took ALL the Opposition Leaders to task, by “demanding” them to consolidate, solidify and unite, if at all winning in the 13th General Elections is their objectives.