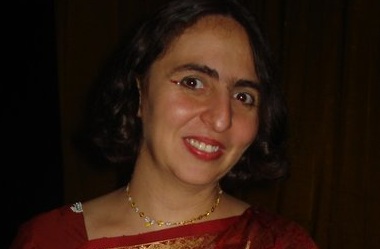 Whoever wins the next election there will be an urgent need to rebuild democratic institutions, whose credibility is being questioned by an increasing number of Malaysians, increasingly vocal. Should Barisan Nasional win, this will be a doubly urgent task – there seems to be a growing belief among Pakatan supporters that the only thing that will keep BN in power is fixing the election. I don’t agree with this conclusion, but it undermines BN’s legitimacy as a government from the outset. The two most urgent institutions in need of reform to ensure ongoing peace in the country are the police and the Election Commission. The police force needs urgent reform, given the perception of rising crime, the perception of police corruption and the inability of the force to engage in internal reform. The Election Commission will also need to be overhauled to ensure public support of the democratic process in Malaysia.

On top of these fundamentals, however, neither coalition appears to be addressing the increasingly urgent issue of climate change. Malaysia ranks among the highest climbers in terms of contributions to global warming, yet both coalitions prioritise the use of private cars, the need to sustain subsidies (including on sugar and petrol), and the importance of economic over ecological sustainability. Unless resilience to climate change is factored into political calculations, standards of living in Malaysia are likely to face increasing pressure in the medium- to long-term.

Barisan Nasional still controls the three Ms that have sustained it in power. It is losing the media war online, and with the advent of Radio Free Malaysia, it could lose control over the (radio) airwaves, but it would be a mistake to underestimate its ability to shape the debate and to undermine the credibility of Pakatan Rakyat. It controls a lot of money, from the traditional levers of patronage to the newer disbursements being used to attempt to sway public opinion. And it still has its party machinery. While Pakatan, particularly Pas, has learned from BN’s machinery, they do not have the same reach that BN has. BN is still perceived to pay the salaries of teachers, doctors and other community leaders, and with neither the majority of tax-payers nor the government itself drawing a distinction between party money and government money, this equates to a lot of people on the BN payroll.

It seems unable to change. The Prime Minister knows that Umno, in particular, is in need of reform if it is to win back the Malay electorate it lost in 2008, and to gain ground among young voters. Many leading figures in the cabinet also recognise the need for reform. But with the voices of Mahathir and Perkasa ricocheting in the background, the murkiness surrounding Najib’s own dealings as Defence Minister (in particular his connection to Altantuya Shariibuu) and the BN’s reliance on money politics, change is glacial.

It is the underdog. Right now, a lot of people can sympathise with that – the cost of housing, particularly in the capital, is rising; the cost of food, electricity, water are all rising, and the rakyat are being told to tighten their belts, have been told to do so for at least seven years. And yet, the belt-tightening is a bottom-up exercise. The former, Pakatan chief minister of Perak uses a motorbike. While by all accounts this is a reflection of his humility, it is also good politics – BN ministers say they are with the people, but they seem to have little understanding of the hardships that are being faced at ground level, regardless of the party they represent.

They have overcome a number of earlier weaknesses – they no longer seem to take public support as a moral right, which they did during the 2004 elections, but the ‘victory’ of 2008 has led supporters (if not leaders) to underestimate the power of the BN machinery, which could be a mistake. But the greatest weakness is that the electorate is still not sure what a PR government will look like. PR has governed very differently in Kelantan, Penang, Perak and Selangor, (ignoring Kedah which is beset by internal difficulties). This means there is still little precedent to show how the coalition will work once it is in power. This uncertainty means that they have to work harder than BN to convince fence sitters to give them a try.

With the elections of 2008, Malaysia came a long way to overcoming the racialised politics that have dogged it since Independence – they put to bed the ghost of 1969. But ghosts have a tendency to resurrect, and this is an appropriate time of year to ensure they stay happily ensconced in the underworld.

Given that, my hope is that we can rise to the challenges of the next 50 years, which are going to be at least as difficult as the last fifty. We have squandered a lot of our natural wealth, and have to face the coming years without that buffer. We need a government that has the courage and imagination to lead Malaysia through these challenges – and the courage to help initiate bottom-up rather than top-down democratic initiatives.

Sonia Randhawa is a director for the Centre for Independent Journalism, Malaysia, and a PhD candidate in history and law at the University of Melbourne, looking at the role of women journalists in the 1990s.