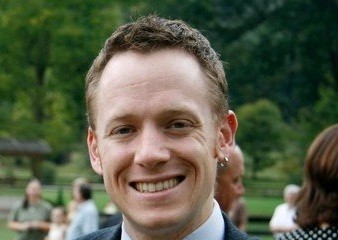 The most important issue that Malaysia’s new government must address is economic reform: overseeing the transition from an upper-middle income to a high income economy. This will mean upgrading, educational reform, targeted investment, and probably some deregulation. However, because economic policy is never conducted in a vacuum (in Malaysia or anywhere else) these reforms will require the government to confront entrenched special interests as well as the broader social and political status quo.

The Barisan Nasional’s greatest strength is its position in Malaysia’s political space. It has long claimed to occupy the “middle position” in Malaysian politics, in two senses. First, it is a staunch defender of which it considers to be the basic interests of the country’s bumiputera majority. Second, it also claims to be a conservative vehicle for representing non-bumiputera interests without threatening political order. This middle position has been one of the BN’s key political resources, and will remain so just so long as it remains in power.

The Barisan Nasional’s greatest weakness today is its record. At a time in which many Malaysians are tired of politics as usual, and demand meaningful reform, the BN simply cannot credibly promise to deliver the change that Malaysians want.

Pakatan Rakyat’s greatest strength draws directly on the BN’s greatest weakness. An electoral victory for the PR will undoubtedly mean an end to politics as usual. Just how politics will evolve after a PR victory is anyone’s guess, but it will certainly mean the end to UMNO dominance and will augur some fundamental changes to the logic of Malaysian politics.

Pakatan Rakyat’s greatest weakness draws directly from the BN’s greatest strength: PR remains untested as a coalition governing the entire country. Even casual observers know that ruling several states as (essentially) two-party coalition governments is very different than ruling the entire country as a three-party coalition. Will PR move into the middle position that the BN has occupied for so long in Malaysian national politics? Or will it forge a new middle position? If so, how? The BN will do its best to convince voters that it–not PR–can guarantee a secure and prosperous Malaysia.

As I am not a Malaysian, my hope is simply for a peaceful and prosperous Malaysia in which all citizens can participate fully in national life.