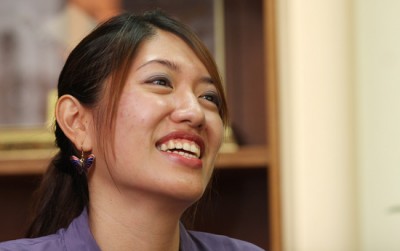 The new government must address economic growth and distribution: ensuring there is a strong economic base, new industries and creating an open, innovative environment to attract the right workforce; as well as making sure national wealth reaches the lowest income groups, especially in rural areas that still have no access to proper water and sanitation.

Barisan Nasional’s greatest strength would be its numbers of years as a coalition government, its ability to govern together with all parties. However, this is not saying the governance itself has been of stellar performance.

Barisan Nasional’s greatest weakness is the fact that its major parties are race-based. This is the biggest constraint it has, if it wants to move beyond ethnic politics, as each party (UMNO, MCA and MIC) will continue having to retreat to their ethnic support bases when campaigning for votes.

Pakatan Rakyat’s greatest strength lies in its philosophy of new politics, that politics has to move beyond race. Acknowledging the cultural differences between races, none of the three parties advocates a Malay, Chinese or Indian-based approach to solving national problems. They focus on the community’s particular needs, on raising incomes irrespective of race or creed.

My hope for Malaysia is that its young will grow up in a country they feel they are proud of, that they fully belong to, and a place they will want to live, work, play and retire in, even for their future generations to come.

Tricia Yeoh is the Research Director at Institut Rakyat.