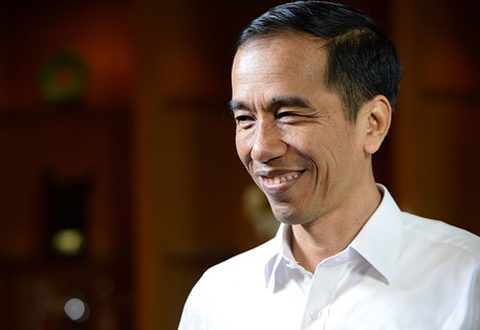 Jokowi in the one convenient place It may be old, but it is still gold! New Mandala gives you everything you need to know about Indonesia’s newly inaugurated president, Joko Widodo.

Joko Widodo, or Jokowi as he’s affectionately known, is sworn in as Indonesia’s next president today, with Susilo Bambang Yudhoyono handing over the reins of power after 10 years.

It promises to usher in another exciting chapter in Indonesia’s democratic story.

Make sure you are across everything that is at stake with our back catalogue of analysis and commentary on Indonesia’s politics.

There are pieces by Stephen Howes and Robin Davies on why Jokowi must urgently address the country’s costly energy subsidies and the other hard financial choices he must make. They also give a comprehensive report card on SBY’s second term.

Marcus Mietzner canvasses SBY’s 10-year stint in the big house, asking whether Indonesia’s economy and democracy has stagnated or improved under his leadership. It’s a great overview of the controversial legacy he leaves behind.

He is joined by colleague Edward Aspinall in this interview on how close the Indonesian presidential election was, why Prabowo Subianto gave Jokowi such a strong run for his money, and what a Prabowo presidency would have meant for Indonesia’s democracy (hint: not good news). You can find plenty on Prabowo here.

And on the election, Liam Gammon and Dominic Berger offer some sobering reading on whether the question of Indonesia’s democracy was at stake in the minds’ of most voters.

Of course the great hope that Jokowi represents for the country has generated a swathe of reflection on whether he can deliver or if he will disappoint.

Hamish McDonald, looks at the possible make-up of a Jokowi government and why, while the country has a new president, it might be stuck with old politics. And while a Jokowi presidency might mean Indonesia’s democracy is assured, McDonald argues in this piece that its prosperity isn’t.

Stephen Sherlock argues in this piece that Jokowi is the president Indonesia needs, but his arrival is 10 years too soon. Michael Buehler takes it a step further, claiming that Jokowi’s presidency only means the reassertion of the state and elite politics.

And over here, David Henly provides a cautionary note for Jokowi’s presidency – particularly compelling considering that what the new president thinks ails the country is “deeply flawed”.

Over at our ‘mother ship’, the ANU College of Asia and the Pacific, Ross Tapsell has a look at what a Jokowi presidency might mean for Australia – but more importantly argues that a true relationship is built on more than warm and fuzzies between the two countries’ leaders.

And when you’ve read enough, take in the visual feast that is Ray Yen’s latest photo essay; it’s an eye-opening account of some of the people who will be living in hope that Jokowi can really deliver. For those living under the flyover, let’s hope their dreams of a better future don’t pass by.