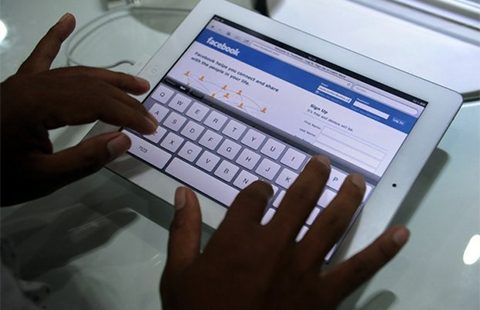 Social media is on the rise in Cambodia, and it may just mark the beginning of the end of the systemic culture of judicial impunity, as well as the long-dysfunctional democratic system.

To shine some context on the matter, social media vigilantes have been busy linking brutal attacks on two lawmakers outside the National Assembly building in late October to military units and Cambodia People’s Party (CPP) loyalists, specifically the Naga Youth Federation; the sworn protectors of Prime Minister and CPP leader, Hun Sen, who had earlier been protesting outside the house of Kem Sokha, the Vice President of the Cambodian National Rescue Party (CNRP).

With many Khmer ‘netizens’ taking to social media to identify more suspects – as there were clearly a large number of protestors – and linking them directly to Hun Sen’s son, Hun Many, it appears that the authorities may be acting in the interests of the people; something rarely seen in Cambodia.

In early November, prosecutors arrested three Cambodian soldiers who turned themselves in for taking part in the attack, and announced they would not be looking for any more suspects. The same prosecutors – who are rarely said to react without being paid – have recently decided to reverse this decision and have announced, based on the circumstantial evidence revealed by the viral video, that they would continue the search for suspects linked to the beating.

All of this begs the question, just how much of a threat does social media pose to Hun Sen’s control of the state apparatus that has blessed him with almost uninterrupted rule over the country since 1979?

The short answer, is that it represents perhaps one of the biggest challenges in recent times to the strongman’s rule, and largely serves to discredit his public announcements that there would be civil war if the CNRP won.

Although there doesn’t seem to be any reliable statistics, I did some number crunching based on available resources. Out of a population of 15 million, a good estimate of the number of Facebook users would suggest that there are somewhere between 1.4 and 1.5 million Cambodian monthly active users, a 12 per cent increase in users between 2014 and 2015. The vast majority of users are between the ages of 18 and 25, and are increasingly using more affordable mobile devices.

There are three reasons why this huge increase in interest and availability of social media could be the nail in the coffin for Hun Sen.

Firstly, it encourages a new level of trust – all but obliterated under the Khmer Rouge regime – and open discussion among the Cambodian people. The confident growth of societal stability represents a healthy sign for any peaceful transition of power, which is undoubtedly a key precursor for any stable democratic regime to prevail.

Secondly, given that print media (which rarely makes it to rural areas anyway, where much of CPP’s support lies) and traditional radio or television broadcasting companies are largely owned by CPP-linked elites, unregulated outlets such as Facebook pose an unprecedented forum for voicing discontent. This poses quite the thorn in the side of Hun Sen.

Both major party leaders, Hun Sen and Sam Rainsy, have official pages on Facebook, and it is fairly clear who has more support. If ‘likes’ are anything to go by, Sam Rainsy clearly eclipses the incumbent Prime Minister; leading by 500,000 total page likes – which have risen at a fairly constant rate week-on-week – to 1,820,588 at the time of writing.

Most dubiously, according to Facebook’s own statistics, Hun Sen’s total page likes increased by an erratic 14 per cent in a week. The peak happened to coincide with the Myanmar elections on 8 November, although it is unclear what to make of this. What is clear, is that it looks more like a heartbeat surge in popularity, compared to the more credible steady climb on Sam Rainsy’s page.

What is also clear, is that Hun Sen appears to have been greatly saddened by recent protests on visits outside the country to New York and Paris, which many speculate may have precipitated the protests and beatings against CNRP lawmakers.

The Prime Minister has recently been taking a more personal tone against his rival in his latest address to the Khmer diaspora in Paris that even went as far as reflecting on his offspring’s superior academic achievements in comparison to those of Sam Rainsy. In Cambodia, school grades, of course, don’t always reflect academic ability; and are often an indicator of how much one is willing to bribe their way to success.

Whether these likes are those of genuine supporters, imaginary friends, or those engaging in schadenfreude can only be a matter of speculation. After all, what’s more enjoyable than watching a well-entrenched strongman implode under the sheer weight of his own ego?

Thirdly, and most importantly, unlike the unfortunate Hun Sen, the CNRP knows how to use social media effectively. The extremely professional and often emotionally-charged videos (that are often accompanied by a soundtrack that would make John Williams blush) and photos that Sam Rainsy regularly posts on social media stand testament to this. They also reveal a politician standing shoulder-to-shoulder with the Khmer people; something that the monarchial Hun Sen repeatedly fails to pull-off.

On a side note, in reaction to the NLD’s sweeping victory in the Myanmar general election, one Khmer netizen replied to a post by opposition leader Sam Rainsy on his Facebook page, “…regrettably that Cambodia country is seems to be late and have to wait for 2018. Cheer! [sic]” 2018, of course, refers to the year of the next general election.

The mood in Phnom Penh, which already has seven CNRP lawmakers compared to the CPP’s five, is that Hun Sen may finally lose the 2018 general election, and with the cat out of the bag so to speak, his loss may be definitive this time.

Sebastian Duchamp is a pen name. The author is a scholar and keen observer of Southeast Asian politics and society.

Editor’s note: On 16 November Cambodia’s opposition leader Sam Rainsy was stripped of his parliamentary immunity and now faces a potential two-year jail term upon his return to Phnom Penh from South Korea for an older charge of defamation.