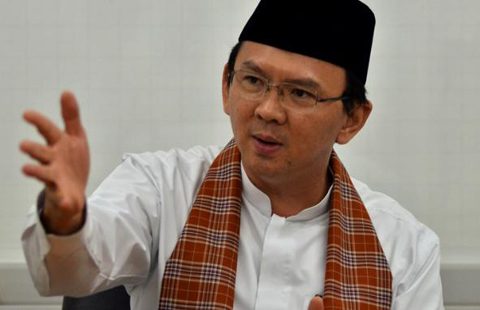 Things are looking up for Chinese Indonesian political candidates, but it all depends on where and at what level they run, writes Chong Wu Ling.

Today, as opposed to the Suharto era, Indonesia’s ethnic Chinese minority are free to participate in electoral politics and run for public office.

I’ve crunched the numbers of Chinese Indonesians elected as national parliamentarians in the 1999, 2004, 2009 and 2014 elections. Looking at the figures there is one clear pattern; they are much larger than the sum total of ethnic Chinese elected as regional or local government heads.

They contested under the flagship of popular mainstream political parties such as the Indonesian Democratic Party of Struggle (PDI-P), the National Mandate Party (PAN) and the Party of Functional Groups (Golkar). These are religiously open parties.

This implies that it is possible for a Chinese Indonesian to be elected as a national parliamentarian in a constituency with low ethnic Chinese populations if he or she is affiliated to a popular mainstream secular party. To get into parliament, Chinese Indonesian candidates need to pick a solid electoral machine.

On the other hand, to date there have only been eight Chinese Indonesians elected as regional or local government heads. One of them, Yansen Akun Effndy (х╝ащФжхЭд), was elected as regent of Sanggau, West Kalimantan in 2003 through the local legislative assembly.

Candidates running for local direct elections must be nominated and supported by political parties or party coalitions that gained at least 15 per cent of the vote or parliamentary seats in their respective electoral areas.

Most of the elected Chinese regional or local government heads were nominated and supported by well-established mainstream political parties when they contested in local direct elections. They were mostly elected as regents or vice-regents.

Only one of them was elected as mayor and another two were elected as deputy governors (One of them used to be the regent of East Belitung).

Perhaps more importantly was the way these ethnic Chinese Indonesians were elected.

At the parliamentary level, racial slurs are rare. But things are different at the local level where smear campaigns are rife.

For instance, Sofyan Tan (щЩИщЗСцЙм), the only ethnic Chinese mayoral candidate in the 2010 Medan mayoral election, became the target of attack from his rivals who urged Muslim voters to support the incumbent mayoral candidate on the ground that it was against the teachings of Islam to vote for a kafir (infidel).

Before the polling day of the second round of elections, many Chinese voters were intimidated by rumours and mobile phone text messages that warned that if Tan was elected, there would be anti-Chinese riots in the city. Voters were scared off and Tan lost.

Nonetheless, Tan later contested for a seat in the national parliament this year representing North Sumatra 1 (Medan, Deli Serdang, Serdang Bedagai and Tebing Tinggi). He and nine other candidates were elected out of 119 candidates but his votes were the highest among all of the elected parliamentarians.

Playing deputy to an indigenous candidate seems to provide no respite from smear. Christiandy Sanjaya (щ╗Дц▒Йх▒▒) and Basuki Tjahaja Purnama (щТЯф╕Зхнж), two ethnic Chinese deputy gubernatorial candidates contesting gubernatorial elections in West Kalimantan in 2007 and Jakarta in 2012 respectively, also experienced similar racist and religious attacks and backlash during and after the elections.

It is worth noting that in both West Kalimantan and Jakarta constituencies several Chinese Indonesian national parliamentarians were elected in post-Suharto elections without encountering rampant smear campaigns from their opponents. What explains the different experiences for ethnic Chinese candidates at the national and local levels?

Conversely, in Medan where Sofyan Tan lost in the mayoral election four years ago, Jokowi was defeated by Prabowo who gained 52.16 per cent of total votes in the city. Can we therefore say that there’s a correlation between ethnic Chinese failure at the local level (and to a lesser extent, at the national level) and pro-Prabowo electorates? Maybe not yet, but there does seem to be correlation between pro-Jokowi electorates and successful Chinese electoral candidates in national or local elections, as the table below suggests.

The reluctance of some indigenous Indonesians to accept a Chinese Indonesian regional or local government head is due to three factors.

Firstly, regional or local government heads have relatively greater power compared to national legislators. In decentralised Indonesia, mayors and regents have more power to directly control local resources and to revenues by taxing the local population.

By contrast, parliamentarians only have the power to propose and pass laws. There’s less at stake for the indigenous majority that continues to see ethnic Chinese as an alien minority group and hence candidates are less likely to face smear campaigns. In other words, it is relatively easier for a Chinese Indonesian to be elected as a legislator than as a regional or local government head because they have less power to shape their local electorates.

In addition, local elections are about presenting a mirror to local society, hence the rise of putra daerah (local boy) politics. Ethnic Chinese do not ethnically reflect local populaces and as a result, local communities don’t want to be represented by them.

Finally, we might observe that the success of Islamic parties in electoral politics has waned, challenged by internal competition and ideological difference. Exhortations to vote for a Muslim (against a presumably Christian, ethnic Chinese candidate) reflect the growing anxiety of some Islamic parties about their relevance and electoral competitiveness.

We can be optimistic about the future of Chinese Indonesians in Indonesian politics.

Chong Wu Ling has just completed her PhD in sociology from the National University of Singapore. Her research explores the role of ethnic Chinese Indonesians in shaping the democratisation process as well as their position in post-Suharto Indonesia across business, politics and civil society.

Email Chong Wu Ling for a copy of her data on Chinese Indonesian candidates.