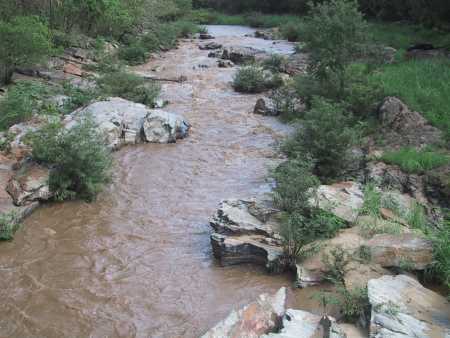 The longer Thailand’s flood crisis goes on, the more commentators (both in Thailand and internationally) resort to the old belief that deforestation has contributed to the flooding.

This is a very complex issue, much more so than many of the simplified statements in public commentary would suggest. There is no doubt that forested landscapes can often absorb more rainfall than non-forested landscapes, especially if forest clearing is associated with soil degradation and the creation of hard surfaces such as roads. But even very absorbent forested landscapes have their limits – either when the rainfall is particularly intense (falling faster than it can be absorbed) or when the forest soils become saturated with water and simply cannot absorb any more.

As I have noted previously on New Mandala, it is well to remember that flash flooding in Thailand is commonly referred to as nam pa (literally, forest water).

To the extent that there is any consensus in the literature it is that while forest cover may have some effect on flooding at a local scale, its effect at a large scale, and for high-intensity events, is likely to be much more limited. Here is a selection of quotes from some recent surveys of relvant literature. First, some quotes from Ian Calder et al, Forest and Floods:

Consulting the state of scientific knowledge clarifies the factual basis for understanding forests and floods. And indeed there exists a clear gulf between this knowledge and public perception. On the one hand we have science, which admits complexity, incomplete knowledge, uncertainty qualified by caveats, and sadly a very unexciting story: a story that the media and popular press are unlikely to consider even on the “worst of news days,” and on the other hand the simplistic, yet highly dramatic, public perception. (92)

From theoretical considerations it would be expected that interception of rainfall by forests reduces floods by removing a proportion of the storm rainfall and by allowing the build up of soil moisture deficits. These effects would be expected to be most significant for small storms, where the soil moisture or interception “deficit” might be a significant proportion of the storm rainfall but relatively insignificant for the largest storms. (89)

Storms of sufficient spatial scale to saturate large basins are likely to be of the largest magnitude and for
these extreme event storms the effects of land use change on flood response are expected to be least pronounced. (90)

Thus, the evolving science perception suggests that the role of forest cover in flood mitigation or management is circumscribed. Perhaps the most salient point is that as the severity of the flood increases the marginal impact of land use change appears to be reduced. Still, this perception is evolving. There remains a need to better understand the interrelationship between different hydrological functions that are impacted by land use change, such as between sediment, the build-up of river channels and flood heights. In addition, as scientists improve their ability to disaggregate the linkages between forest and non-forest cover (such as roads) impacts associated with particular economic activities, the alternatives for minimizing associated
flood risk will become clearer. (92)

A peak flow enhancing effect of forest removal has been observed in small-scale … experimental
studies. Small to medium peak flows (i.e. the more common, less damaging ones) appear affected most, while the largest events do not change noticeably (e.g. Hewlett, 1982; Bowling et al., 2000). To date, studies in larger basins have not usually found any changes after deforestation of up to 50% of the catchment, and where changes did occur, these were not directly attributed to deforestation (reviewed in Bruijnzeel, 1990; Wilk et al. 2001). (112)

In summary, our understanding of the influence of deforestation on hydrology is far from complete, but to date, there has not been convincing empirical evidence or theoretical argument that removal of trees is likely to exacerbate severe flooding in developing countries (or elsewhere). (112)

Both papers highlight the degree of uncertainty around some of these issues, and the need for future research. But the overall message is clear – assuming that forest clearing is a significant contributor to flooding on the scale that Thailand is currently experiencing is likely to result in inappropriate and ill-informed policy responses.