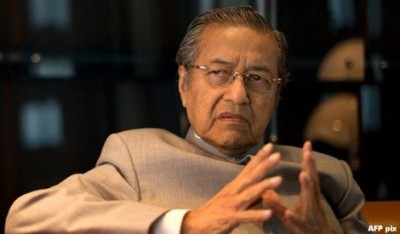 In my recent article entitled “Hobbism and the Problem of Authoritarian Rule in Malaysia” in the Hague Journal on the Rule of Law, I argue that Malaysia’s problem of authoritarianism isn’t merely a matter of poor politics. Instead, a more nuanced appreciation of this problem reveals that it issues from the pragmatic influence of “Hobbism” – an authoritarian conception of legal authority that entails the official domination of citizens in the name of preserving social stability. Hobbism builds from the idea that an authoritarian system of law is necessary to prevent potentially divisive and destabilizing political disagreement between citizens. In Malaysia, the basis to this belief is that disagreement between competing ethnic groups is apt to lead to social instability. Through an analysis of three pivotal episodes in Malaysian political and legal history: (a) the formation of the Malaysian Constitution, (b) the reaction to the May 13 racial riots, and (c) authoritarianism under Dr. Mahathir’s rule, I show how Hobbism has worked to subvert Malaysia’s constitutional project as a project that aspires to realize the ideals of democracy and the rule of law.

Authoritarianism is perhaps the most obvious manifestation of this the pathological effects of Hobbism but there are others, and my current research analyzes Hobbism in the Malaysian context more fully. I am developing a way of seeing some of the problems emerging in Malaysian law and politics as stemming from a misunderstanding of how law can (and should) operate due to the pervasive influence of Hobbism.

Going forward, I am theorizing the following threads:

a) Hobbism encourages the tendency to ignore the salience of the Constitution as an expression of the ideal of legality or the rule of law as a distinct ideal of legal excellence that disciplines political power and judgment. (Instead, the influence of Hobbism breeds a view of law as a pure instrument of political power, not as a constraint on that power).

b) Hobbism breeds the tendency to treat normative and interpretive questions of value in Malaysian law and politics as purely empirical-factual matters of history. It encourages a “plain-fact” view of truth in law and politics because it seeks to evacuate the legal and political space of controversial arguments of value.

c) Hobbism and the plain-fact view of truth distorts and blocks meaningful debate about the so-called Malaysian social contract (favouring seeing it as a historical-political agreement embedded in the Constitution leading to discussions about the social contract to be political-historical, when it can be more accurately conceived as a normative value-based dispute that requires both sides to show how their preferred view of Malaysian politics tallies with a sound interpretation of the Malaysian Constitution).

d) Hobbism wrongly encourages the belief that social stability depends on the use of law as an instrument for creating “social unity” via ethical-homogeneity, which in turn leads to the politicization of law as the terrain for a battle over the appropriate ethical values that should constitute that homogeneity.

e) Hobbism crimps the political imagination in a way that leaves no space for the play of the ideal of democracy. That ideal requires recognizing the citizen’s right to political participation within a meaningful practice of toleration as a self-standing principle in Malaysian politics.

As things stand, these assertions capture the major themes of my research into Hobbism and its effect on the Malaysian context.

For me, the take-home-point is that democratic change in Malaysia will not be possible until Hobbism’s influence is recognized and dislodged.

In my view, Hobbism is sufficiently insidious that it can subvert even morally good intentions to do the right thing politically.

As I develop resources to show the inherent flaws in a Hobbist understanding of the function of law (and its effects on Malaysia), I am developing an alternative way of seeing and understanding law and politics in Malaysia, one that tallies with the constitution taken in its best light.

But those insights are best saved for another day.