Why should we be concerned that the number of parties in the DPR continues to grow? Some people have argued that more parties represent the diversity of Indonesia. In fact, of course, the new parties do not reflect real social cleavages such as aliran, class, region, ideology etc, but, as argued above, are merely vehicles for personal ambition.

One of the more well-founded concerns focuses on the contention that a larger number of parties makes it difficult for a president to obtain majority support in the parliament and have his/her legislative program and budget passed.

People assume that Indonesia’s presidential system and its multiparty polity creates inherent instability. A great deal of commentary, particularly foreign media coverage, has argued that the SBY administration has been stymied by its lack of a majority in the DPR. These observers add up the numbers on the assumption that the DPR passes or rejects legislation on the basis of majority votes. SBY’s party is well short of the all-important majority ergo, parliament is the source of SBY’s problems.

The theory of the missing majority is based on a misunderstanding of the way Indonesia’s parliament works because, rare exceptions aside, the DPR does not take votes.

Its decisions are not made by majority, but by ‘deliberation to reach consensus’ (musyawarah untuk mencapai mufakat). And almost all key decisions are made in committees, each of which has its own internal balance of power. So having an overall numerical majority does not necessarily translate into control of decisions about legislation, appointment of key state officials and oversight of executive government. Conventionally, a majority in the legislature would provide a secure basis for a president’s policy agenda, but in Indonesia things just do not work like that.

SBY’s strongly Javanese worldview, where consensus and non-conflictual relations are paramount, was the apparent motivation behind his use of a “rainbow cabinet” strategy aimed to win backing in both cabinet and parliament.

He employed this strategy in not just one administration but two, despite its manifest lack of success. His approach of buying off the parties with cabinet seats got him little in the way of loyalty or consistent support. Any party backing was more than neutralised by having a set of opportunistic party politicians treating ‘their’ ministry as a personal fiefdom.

It remains to be seen if the winner this time around will use similar tactics. Jokowi has said he will not seek to include every party in his cabinet, while Prabowo might be forced to do so because he had to rely on a large number of parties to support his candidacy. 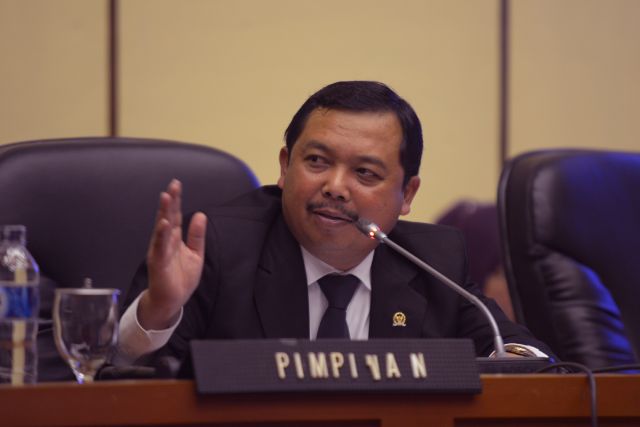 But, in any case, whether the numbers in cabinet reflect a majority in the DPR or not, the president and his ministries will have to negotiate a new majority (or consensus) every time a parliamentary decision is required because a different DPR committee will be involved. Passing one piece of legislation in one policy area, say education, through the relevant DPR sectoral committee (komisi) will not at all mean that a second draft law on natural resources would be passed by the different DPR committee responsible for this policy area.

The fact that DPR procedures operate on a putative consensus is at the heart of the reason why a fragmenting parliament is so problematic.

This is because so-called consensus does not require unanimous agreement of all members present in a meeting but is, in practice, a vote by the leadership of each party caucus (fraksi). Each caucus presents its position on any particular question and if there is not general agreement, the leaders will retire to closed “lobby” meetings and when a deal has been reached the leaders will present it to the meeting as a completed package. The chair then rules that agreement has been reached and the absence of dissent is taken as consensus. The effect of this procedure is to give the leaders of each party caucus a veto power over every decision.

It is these practices that makes the increasing number of parties a block on legislative effectiveness – the proliferation of parties means more veto players, slower decisions and more demands for recompense in return for surrendering one’s veto.

Not only is this system inefficient, it is also non-transparent and multiplies the opportunities and incentives for corruption and money politics. A fragmenting parliament does indeed create problems for the president, for ministers and government officials, but it is not because of the difficulty of achieving a majority. The problem is that there are more and more veto players in a consensus-based system needing to be persuaded or demanding to be paid off.