Hunting and killing ninjas in Indonesia

Distressed students in Kelantan, Malaysia, have recently described apparitions haunting their school. The sight of these ghostly beings apparently precipitates screaming fits. Attempts to exorcise the school by various shamans and ulama(Islamic scholar-preachers) have failed. 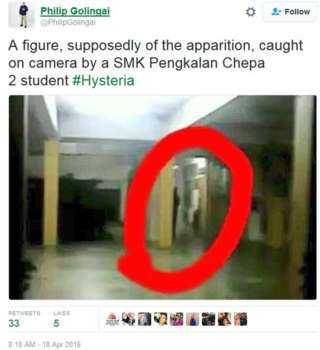 From the outside, it is easy to look sceptically, if not dismissively, at such reports. But, understanding events like this might provide insights into the English-speaking world’s responses to the Salem Witch-Trials, McCarthyism, the Y2K Bug, and ‘terrorism’. So in what follows, I discuss a more widespread, and ultimately more violent, occurrence from 1998. The so-called ‘ninja’ case saw towns and villages of East Java, Indonesia, paralysed by fear, and suspected ninjas beaten and killed.

A sorcerer hunt
The ‘ninja’ case had its origins in an even more violent episode—what we might call a ‘sorcerer hunt’—centred in the East Javanese district of Banyuwangi. I spoke to residents in villages throughout Banyuwangi. Almost all believed that sorcerers were living locally. The ‘sorcerer’, who might be their neighbour, relative, or friend, does not typically self-identify as such. Indeed, the ‘sorcerers’ I met did not appear different to anyone else. Other residents believe such ‘sorcerers’ cause all manner of misfortune including death.

Perceiving this ‘sorcerer’ in their midst, and unsure if the state can do anything about it, locals might form a group and kill their fellow resident. This arbitrary violence has occurred intermittently in villages around Banyuwangi for decades. An outbreak of killings claimed the lives of some 100 sorcerers, peaking in August and September 1998.

The police and army brought the killings to a halt with widespread arrests of alleged killers in October 1998. Here’s what happened next.

Rumours of ninjas
Residents became convinced that most of the sorcerers had been killed by ‘ninjas’. Some residents I met had taken part in killings in their own village. Even if they hadn’t been involved, they knew other local villagers had killed sorcerers. Notwithstanding, at the time a rumour developed that ninjas had taken part in the outbreak killings.

Press reportage
The press also spread these rumours.  The Surabaya Post (October 1 1998 “Pembantaian ‘Berkedok’”) had reported that there was “a rumour about the existence of attacks by ninja-like squads” that were targeting “community leaders as well as ulama.” The report continued, “As a result, the residents near Islamic boarding schools undertake tight guards around the houses of ulamas who have become targets.” The Jawa Pos (October 4 1998 “Soal Santet”) also reported that “prayer teachers are in the sights of groups of dozens of killers who wear all-black clothes and masks like ninjas.”

Ninja sightings
Responding to this terrifying threat, local communities throughout East Java established guards at the ends of lanes and across major roads. Cars were stopped and inspected. Residents sighted ninjas flying through the air, disappearing behind walls, transforming themselves into cats and so on. Ulamas reported miraculously managing to save themselves after repelling attacks by ninjas.

Amorphous forms
The ninjas remained amorphous.  It seems that they were understood to be supernatural or specially-trained assassins who were behind the killings. For others, ninjas were a terrifying omnipotent manifestation of the conspiratorial state. Whatever or whoever they were, some suspected ninjas were detained. Those caught mostly seem to have been mentally ill drifters and hapless travellers mistaken for conspirators by local guards. Some were interrogated and handed over to police. Others were beaten and killed. In one case a spike was driven into the severed head of a victim, which was then paraded through several villages.

Elastic conspiracy theories
Rather than contradicting the idea of conspiracy, a recognition that the victims may have been madmen or itinerants was easily accommodated within elastic conspiracy theories. One theory was that madmen were purposely ‘dropped’ or released by the conspirators. In the Surabaya Post (October 20 1998 “Disinyalir Orang”), the head of the East Java NU pointed out that madmen—and other people—became the targets of the community because they were thought to be “ninja”. But actually, this NU source maintained, the victims had been intentionally released by terrorising forces in order to stir up emotions in the community.

Another idea was that real ninjas were caught but when detained they were switched. The head of KontraS, the Commission for ‘The Disappeared’ and Victims of Violence, stated in the Surabaya Post (December 2 1998 “Investigasi Soal”) that the district head, the army head, and the police chief of Banyuwangi swapped ninjas for mad people.

Troubled times
In understanding the ninja case, we must turn to the violence and rivalries that were beginning to find expression in 1998. When contextualising the phenomenon, it is important to consider factors like newly-formed parties and newspapers jockeying for position, a cynical suspicion that forces loyal to ex-President Suharto would soon reappear, and an unprecedented opening up of the press. And this was, of course, a time of widespread confusion and instability.

Some things remained unchanged, however. A style of reportage by which in constructing a news story, it was sufficient for a reporter to gather some opinions as notable sources. Thus emerged reports that even members of the elite, army and police were proposing conspiracy theories.

Take, for example, a Surabaya Post (October 31 1998) article that begins in a standard, small font “the Military Area Head Says”, and then in a bold font, significantly larger, “Suspects in the Banyuwangi Case Well Organised”. Perusing the article, the reader would quickly become aware this was the Military Area Head’s opinion. However, at first glance, an opinion is presented as fact.

Assurance and doubt
Whatever caused and contributed to the ninja fear, it seems to have lasted only a few months. Scepticism replaced trepidation. Even years later, when I spoke to residents caught up in these events, they remained confident that local ‘sorcerers’ killed certainly had deserved their fates. However, they tended to view the fear of ninjas as misplaced or naïve.

Sorcerers and ninjas
This case can be understood in as much as the killings of sorcerers were expressions of long-standing tensions between local residents of a village. The person suspected and killed was the neighbour, acquaintance, or even relative of the killers. But the ninjas were experienced as a sudden, mysterious, shadowy force threatening local communities. As we have seen, local residents established guards against, attacked, and even killed suspected ninjas.

Rumours framed an interaction of the local and the public sphere, as alleged violence by and against ninjas across East Java was understood as a national issue. The NU, the country’s largest Muslim organisation, portrayed the killings as a conspiracy victimising it members. At the same time, the national threat that ninjas represented—possibly as state agents—were then experienced at a local level when suspected ‘ninjas’ were sighted.

However the mysterious sightings at the Malaysian school turn out, outsiders like myself will be hoping that events do not follow the same trajectory as they did in 1998 in East Java.

Nicholas Herriman lectures in anthropology at La Trobe University. The sorcerer killings and the ninja fear are the topics of his latest book available through Monash Publishing.