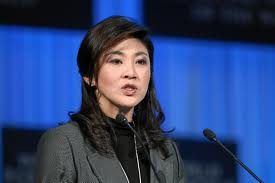 Last Friday, former Prime Minister Yingluck Shinawatra testified before the National Legislative Assembly (NLA) in her impeachment hearing. The decision will be announced by the end of January. To many spectators, the junta tirelessly bullies the Shinawatra network. This impeachment is merely the latest in a series of attempted legal abuses by the elite establishment. With prejudiced minds and no legal grounds, the NLA is jeopardizing the rule of law, not upholding it as claimed.

From which position will the NLA remove Yingluck? In the past fourteen months, she has dissolved the Lower House, has been dismissed from the premiership by the Constitution Court, and has been ousted by the coup d’état. The ultimate goal of the NLA must go beyond impeaching a woman with no political title. Thailand’s impeachment is quite unique in its punishment. Not only will it remove elected politicians or high-ranking officers from office, but also punish them with a five-year ban from politics. The latter is probably the real objective of this impeachment.

Because of the partiality of the legislative body itself, the impeachment seemed to be over before it began. It is no secret that the junta-appointed NLA, who will determine Yingluck’s fate, is comprised mostly of her enemies. One member of the NLA even criticized Yingluck for reading her remarks before the Assembly even though others have done the same. But bias is most evident in the NLA’s official justification of the impeachment. Since the 2014 Interim Charter does not mention the impeachment process, the NLA claimed that it was implying such jurisdiction from provisions of the 2007 Constitution, which has already been abolished by the junta. This action drew criticism that the NLA might be acting outside the scope of the Interim Charter. Absence of impeachment provisions in the Interim Charter indicates that it might not be a part of the junta’s original plan. However, the move to impeach received strong support from the junta. With blessings to proceed from the junta itself, the hearing appears especially politically targeted.

The accusation also reveals bias in other government agencies that are purportedly politically neutral. The basis for Yingluck’s impeachment is corruption within the rice-pledging scheme which cost the government millions of baht. But, interestingly, although the National Anti-Corruption Commission (NACC) accused her of corruption, the NACC failed to substantiate the claim and charge Yingluck with corruption. Instead, the NACC tried to impeach the former premier in a process in which the standard of proof is less stringent and the criteria for deliberation is more arbitrary. One need not be guilty in order to be impeached. The NACC’s enthusiasm in pursuing Yingluck’s case is in contrast to their apathy to the Democrats’ similar rice subsidy scheme. After much stagnation, the NACC decided to drop the investigation, claiming that most evidence had been lost during the great flood of 2011. Impeachment might be the ideal solution for a biased and incompetent NACC that investigates only political targets and fail to prepare a stronger case.

Even with the lowered standard of proof, the half-elected Senate could not historically gain the three-fifths majority required for impeachment. That was how Somchai Wongsawat and Noppadon Pattama escaped the sanction. Somchai, the then Prime Minister, was accused of ordering a violent crackdown on anti-government protest, resulting in two deaths. Noppadon, in the capacity of the Foreign Affairs Minister, was accused of signing a Joint Communique with Cambodia that put Thailand’s territory at risk. But in the currently non-partisan assembly, reaching consensus is not difficult. Yingluck’s chance of survival looks bleak.

In the foreseeable future, impeachment might be invoked more frequently. The Interim Charter mandates that an impeached politician or official be banned for life. In the Constitution Drafting Committee’s blueprint, the new constitution offered two tracks for impeachment. If an accused survives the two-fifth vote in both houses, his or her name will still be put on a list for the public to vote for impeachment. Impeachment would then become an ever more convenient, yet lethal, tool with which to harass the political opposition. Contradicting its public claims, the junta’s new constitution will create more political instability.

It is true that the rice-pledging scheme was economically unsustainable, but Yingluck should have been held accountable for her policy through a vote of no confidence or a loss in the general election, both of which are normal political processes of checks and balances. By invoking impeachment, the NLA is playing a dangerous game with its own support base. Should it impeach Yingluck, it will deepen resentment among pro-Shinwatra parties. Yet once the hearings have been initiated, the NLA could not spare Yingluck without risking the wrath of its anti-Shinawatra supporters. The outcome of the hearings may not only decide Yingluck’s fate but also the NLA’s. No matter how the impeachment hearing will conclude for either the political future of the Shinawatra family or the popularity of the administration, the NLA’s arbitrariness has continued to jeopardize any remaining legitimacy of laws and public institutions in Thailand. It brings further destruction to the rule of law. This damaging legacy will last long after the current members of the NLA leave office.