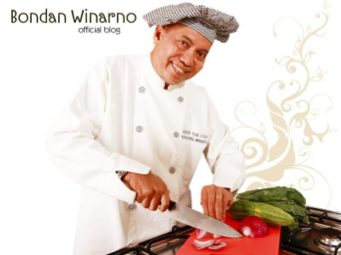 “Diaspora Votes: Time for the diaspora to speak up”

Not all of the roughly 188 million Indonesian voters who will cast a vote in Indonesia’s legislative elections on 9 April will do so in one the cities, towns or villages across the archipelago. Around 2.25 million Indonesian citizens will vote at embassies and consulates in 130 countries around the world. Most overseas votes will be cast in Kuala Lumpur and Hong Kong, both countries with large numbers of Indonesian expatriate workers. The Electoral Commission is ambitiously aiming for a voter turnout of 75% amongst overseas voters in 2014, but this seems highly unlikely. In 2009, only 22% of eligible overseas voters chose to cast a vote.

Understandably, many Indonesians residing in a foreign country are less likely to be sufficiently engaged with the political system to fill out a postal vote or make their way to a voting centre. But once they have chosen to cast a ballot, overseas voters have to endure a much less complicated process than their friends and family in Indonesia. Indonesian residents vote for four different assemblies – at the national, provincial and district/city level, in addition to the Regional Representative Council (Dewan Perwakilan Daerah, DPD), Indonesia’s Senate. Overseas voters, on the other hand, only get to cast a vote for the most important assembly at the national level, the People’s Representatives Council (Dewan Perwakilan Rakyat, DPR). Although most Indonesians living overseas continue to hold a personal identity card (KTP) that ties them to their hometown, overseas voters don’t get to cast a vote in their hometown constituency. Instead, all votes that are cast at embassies and consulates around the world pour into the Jakarta II electorate (Daerah Pemilihan DKI Jakarta II), which includes the sub-electorates of Central Jakarta, South Jakarta and Overseas. In other words, the candidates that fill the seven DPR seats allocated to the Jakarta II electorate represent the roughly 2.2 million voters outside Indonesia as well as the 2.3 million Indonesians living in Central and South Jakarta. The almost even 50-50 split between urban Jakartans and expatriate Indonesians surely makes the Jakarta II electorate one of the country’s most diverse. And with its 4.5 million voters it is roughly twice as large as the average DPR electorate.

Unsurprisingly, not everyone is happy about this arrangement. In recent years the Indonesian diaspora community has lobbied the government to create an entirely separate electorate that exclusively represent overseas residents. In 2012 a group of overseas residents even challenged the Constitutional Court to declare the current arrangement as unconstitutional. The petitioners argued that the elected representatives of the Jakarta II electorate don’t advance the concerns of overseas residents, and that, in any case, the 2 million overseas voters have completely different interests than the 2 million residents of Central and South Jakarta. Indeed, what does an urban slum dweller of Jakarta have in common with Indonesian students in Sydney, domestic workers in Kuala Lumpur and expats in Toronto? The Constitutional Courts wasn’t swayed by the expats, and upheld the arrangement.

But the voters are not the only ones getting a raw deal. Consider the plight of the candidates currently campaigning to win a seat in the Jakarta II electorate on 9 April. The 82 candidates competing to snap up one of the 7 seats have to simultaneously appeal to Jakartans and expats around the world. Geographically, reaching all of their constituents in person is impossible. But candidates have found creative solutions.

Some candidates do venture beyond Indonesia’s shores to campaign in places with high concentrations of Indonesian overseas voters, like Malaysia, Hong Kong or Australia. Indeed, many candidates for the Jakarta II electorate have strong international experiences and connections. For example, National Mandate Party (Partai Amanat Nasional, PAN) candidate Yoga, a 26-year old resident of Singapore, whose Indonesian is tinged with snippets of Singlish, casts himself as a clean and fresh candidate. But middle-class Indonesian students of Singapore are far outnumbered by domestic and construction site workers in Malaysia. For their vote, Yoga is facing competition from National Awakening Party (Partai Kebangkitan Bangsa, PKB) candidate Abdul Wahid Maktub, former ambassador to Qatar, and Nasdem candidate Muhammad Rais, a one-time Malaysia resident and Islamic student organizer, who supports the implementation of Sharia Law, and was recently forced to deny links to the Islamist group Hizbut Tahrir.

If Indonesian diaspora voters want their voices heard on issues that are important to them, such as the prospect of dual citizenship, then casting a vote on 9 April would be a good start to demonstrate that they can’t be ignored. The increasing use of social media to connect overseas voters with their Jakarta electorate could make 2014 the first election where the overseas vote actually matters. If the system remains unchanged by 2019, and more Indonesians from the growing diaspora choose to vote, the Jakarta residents of the Jakarta II electorate might even find that their seven DPR representatives have become beholden to the diaspora vote. Perhaps at that point Jakarta residents will agree with their overseas countrymen and woman that it’s time for a split of the electorate.

Dominic Berger ([email protected]) is a PhD candidate at the Department of Political Social Change at the Australian National University.

[UPDATE: this post originally described Bondan Winarno as a ‘TV Chef’. As he informed us, he’s not a chef. We’ve corrected it.]