Islam, a religion of peace 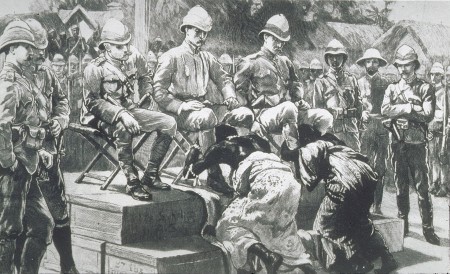 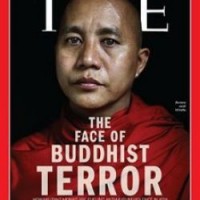 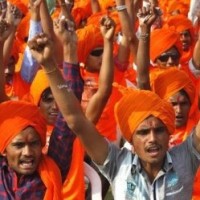 There appears to be no end to the war between several western powers–leaders in the global capitalist world order–and Muslim militants. Both sides are spiralling into some form of mutually assured destruction. Fragile “modern” nation-states, formed under the influence of European colonial forces in the early twentieth century, are crumbling and revealing their inability to deliver the promised fruits of secular modernity. Millions of Muslims are being killed, thousands are fleeing for their lives, and centuries old sites of Islamic civilisations are being decimated, while war-stressed western economies are declining into the shadows of China’s great industrial leap forward.

In the face of the current phase of this violent confrontation ushered in by the emergence and establishment of a militant-led Islamic State (IS) in Syria and Iraq, many officials of western governments and Muslim leaders are making public statements that include the positive representation of Islam as a “religion of peace.” Linguistic anthropologists or any other social scientists seeking to provide a serious scholarly analysis of such discourse would examine the context and what the speakers are trying to do. Here, some of the social meanings of these statements may include efforts to reinforce the peace-loving posture of the majority of Muslims and to calm the fears of non-Muslims, many of whom have already begun to resort to acts of violence against fellow citizens perceived to be Muslims. However, this scholarly tack is not the approach Clive Kessler chose.

Clive Kessler, a Columbia University trained Emeritus Professor of Sociology and Anthropology at the University of New South Wales, chose to interrogate the truth value of discourse expressing the positive representation of Islam “as a religion of peace.” In the article, “The Islamic State and ‘Religion of Peace,’” published online in the Quadrant on September 26, 2014, Kessler tells us that he finds this description of Islam to be “bland, disingenuous, intellectually lazy, delusional, politically evasive, and altogether simplistic.” He wants us to have a clear idea of what we’re confronted with in order to devise an “effective response.”

A concern I’m sure many of us share, myself included. Kessler argues that “Islam”–taken at different times to mean an essence or essentialised, monolithic whole, conventional versions or mainstream historical Islam or core religious texts–is not a religion of peace, unless the “peace” you are referring to is “a religion and an attendant worldly order of hegemonic quietude and obedience” (p. 5).*

Most scholars of Islam, and of religion in general, would make a distinction between core religious texts and the multiple and diverse ways believers interpret and practice religion. They would also generally contend that religions are not actors and that it is the believers and practitioners who are peaceful or violent. However, this “cosmopolitan” point of view is not what he offers.

Kessler bases his argument about the nature of “Islam” upon an inaccurate and warped caricature of early Islamic history. He asserts that Islam, in contrast to the Judeo-Christian tradition, is from its very founding “political” and “majoritarian”–assuming “a world where Muslims ‘have the upper hand’ because they are the majority, one that is capable of having and imposing its way” (p. 4).* Kessler interprets the complex concept of Islam as religion, way of life, and polity (din wa daulah) as meaning that “Islam” possesses an inherent drive to dominate others–through generally violent means–and subjecting them to the status of “protected minorities” (dhimmi).

To the contrary, the history of the origins of Islam in Mecca was definitely not “majoritarian,” since Prophet Muhammad and a small group of followers–the first “converts” to Islamic monotheism–was a minority in the midst of the dominant polytheistic Quraish elite. It was also not “political” in the “governmentalist” sense Kessler proposes; in fact, some of the main politics revolved around trying to maintain protection from the increasingly hostile Quraish majority.

Eventually, the small band of Muslims fled to Medina to escape persecution, and that is where Islam was established not only as a religion and way of life but now also as a political order. Indeed, the new polity was an Islamic and Muslim-led state, which extended civil and membership rights to non-Muslims. But rather than applaud this polity as an early form of pluralism and multiculturalism, not to speak of religious tolerance and peaceful co-existence, Kessler spins it in the most negative fashion:

When one sets aside its divine dimension, Islam is in mundane terms a religion not of peace but domination and submission: the submission of all Muslims to Allah, and of other Muslims to those Muslims who claim to exercise the authority of Allah; and of non-Muslims to Muslims, under arrangements that are said to embody the sovereignty of Allah. That is the basis upon which Islam claims to offer social peace and, in the words of its political apologists, to be ‘a religion of peace’. (p. 4)*

If he were interested in comparing historical Islamic polities to “modern” nation-states, there is a growing literature on Islamic constitutionalism and pluralism (see, for instance, the works of Mohammad Fadel and Anver M. Emon). Yet again, Kessler’s interest takes us in another, more devious and Islamophobic, direction. He proceeds to argue that since violent Muslim militants draw upon and produce interpretations of Islamic texts and that their versions of Islam can be “derived directly” from these primary religious sources, therefore Islam is not a “religion of peace.”

Furthermore, he claims that all Muslims are responsible for the violent actions of any Muslims that draw upon Islamic texts and traditions and that we must “publicly recognise and directly repudiate those parts of the Islamic tradition that are anything but peaceful” (p. 7).* We should note that real Muslim actors reappear at this point in his article at the very point in which he delegates the marching orders to 1.5 billion peace-loving Muslims the world over.

I would be remiss to not clarify what I mean by considering Kessler’s logic as a form of Islamophobic attack on Islam. If he is being fair and balanced, then the logic he is applying to Islam should apply to other religions. Contrary to his attempt to create a false caricature of Islam as an exceptionally and inherently violent religion, human history is full of believers of various religions drawing upon religious sources in their commission of acts of violence against others.

Would he or other anti-Muslim activists, holding Islam up to this form of ridicule, attack and interrogation, apply the same logic to other religions? Would he deny and attempt to refute, other believer’s in these faiths positive representations of their religions? Would he order them to excise those parts of their religious traditions that violent co-religionists drew upon as they engaged in acts of violence?

Moreover, European Christians have committed such acts of violence against peoples across the world as they expanded empires of domination, colonialism, and slavery. Meanwhile, Christian religious leaders in Europe and abroad found multiple ways to justify these acts of unspeakable barbarity, savagery, and inhumanity. In addition, Christians in Europe, North America, and Australia, drawing upon religious sources, have created racial epistemologies and hierarchical structures of white supremacy that continue to plague our contemporary global society.

Would Clive Kessler and others leading the current wave of attacks on Islam and Muslims, claim that Hinduism, Buddhism, Judaism, and Christianity promote acts of violence? Would all adherents of these faiths be held responsible for their co-religionists’ violent behaviour? Would he deny and verbally assault believers and practitioners of these religions, when they or others express positive representations of these faiths? Would he tell Hindus that their religion is not a “religion of salvation” or Buddhists that their religion is not a “religion of enlightenment” or Jews that their religion is not one of “atonement” or Christians that their gospel is not a “gospel of love”? Would we? No. Why not? We would not because we know better. We know that the interpretations and acts of particular adherents of a religion do not define the character of said religion.

Likewise, adherents of Islam should not be assaulted with these anti-Muslim attacks, when we utter the positive representation of our religion as a “religion of peace.” After all, this phrase does not only roll off the lips of “Muslim apologists.” It is found in popular religious songs, films, and compact discs, and other genres within Muslim cultural spheres. It is also expressed in sermons in religious institutions and embedded in the everyday practices of Muslims as we perform acts of worship and extend greetings of peace to fellow human beings and all of the universes created by Allah. It is embedded in our core religious beliefs as we strive to attain higher levels of peace through remembrance of Allah and submission to Allah’s Commandments. Islam is a religion of peace.

Finally, Clive Kessler asks a serious question about where does the violence of people who claim to be adherents of a particular religion come from.

To provide a serious answer to this question, we must consider the context, both broadly and minutely, to understand the actions of individuals and groups interpreting religious sources and devising courses of action. Frantz Fanon, Anthony Wallace, and many other social scientists have underscored the importance of political, social, and environmental conditions that shape the ways people reformulate and create new religious interpretations and frameworks. Frantz Fanon pointed out in his classic work The Wretched of the Earth that acts of anti-colonial violence–often connected to reformulations of religious sources–were products of European colonialism. Therefore, if we are serious about formulating an “effective response” to the apparently unending war between several western powers and Muslim militants, we must look to change the conditions that have shaped both sides becoming more deeply entrenched along the course of mutually assured destruction.

Timothy P. Daniels is Associate Professor of Anthropology at Hofstra University. He conducts ethnographic studies of religion, politics, and society in Southeast Asia.

NB – * refers to the page number the selected quotation comes when the online article is in printed form.