The experienced journalist and editor will join the New Mandala team as Contributing Editor to oversee our coverage of Malaysia's upcoming general election.

Sooner or later, Najib Razak will pull the trigger on Malaysia’s fourteenth general election—known to Malaysians simply as GE14.

When he does, New Mandala will be ready. We’re pleased to let readers know that Kean Wong will be joining the NM team as Contributing Editor, overseeing our coverage of the political manoeuvring in the lead up to GE14, the campaign and voting itself, and its aftermath.

Kean joins the team as an experienced journalist and editor. He has written, edited, produced and published his way across Malaysia, Australia, the UK and US with the ABC, the BBC, The Economist, The Sun, The Straits Times, BFM, and various print and online magazines. He also wrote the Malaysia chapter for ANU Press’ landmark book, Losing Control: Freedom of the Press in Asia, and as an ANU undergraduate was an editor of our student newspaper Woroni.

Many readers will also recall Kean’s coverage of the 13th general elections (GE13) for The Malaysian Insider and Al Jazeera English, where he has been a regular guest on The Stream to analyse Malaysian affairs. He also blogged on GE13 right here at NM.

Our ambition is to bring NM readers both in Malaysia and around the world analysis and commentary on GE14 that’s up-to-the minute, critical, and grounded in real local expertise. All the while we’ll keep an eye on the big picture, bringing you experts’ perspectives not only on what this moment means in the context of Malaysia’s political history, but also what it tells us about broader questions of ethnic and religious politics, corruption, patronage politics, and the general entrenchment of authoritarian rule in Southeast Asia. Kean’s networks among Malaysian politicos, business figures, scholars, and writers mean he’s well placed to bring readers just this sort of coverage. We won’t be limiting ourselves to the written word, either—keep your eyes out for GE14-related podcasts, video interviews, and more.

If you’re in KL on Thursday evening (8/2), get down to Gerakbudaya Bookstore at 6:30pm where Kean will moderate a scene-setting discussion on GE14 with an unbeatable panel of experts: Ibrahim Suffian, Amrita Malhi, Terence Gomez and Fadiah Nadwa Fikri. See here for details.

NM‘s GE14 coverage is being made possible thanks to financial support from the Australian National University (ANU) Malaysia Institute, which has become a prominent hub for the promotion of Malaysian studies in Australia. Check out their website for more information on the Institute’s activities and publications. (It goes without saying that the longstanding disclaimer covering all NM content—that the views expressed at NM are solely those of the contributors, and not the ANU—also applies to our GE14 coverage.)

As always, we welcome your words, photos, and feedback, as well as (smart, respectful) comments in the comments field. Get in touch with any GE14 material you’d like to have considered for publication at [email protected]. Terence Gomez's 'Minister of Finance Incorporated' is a important statement on Malaysian political economy, comparable to James Puthucheary's of 58 years ago. 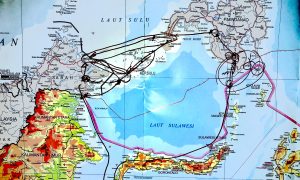 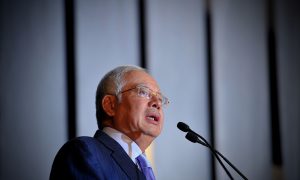 A new edited volume grapples with what it means to study a country caught between democracy and authoritarianism.