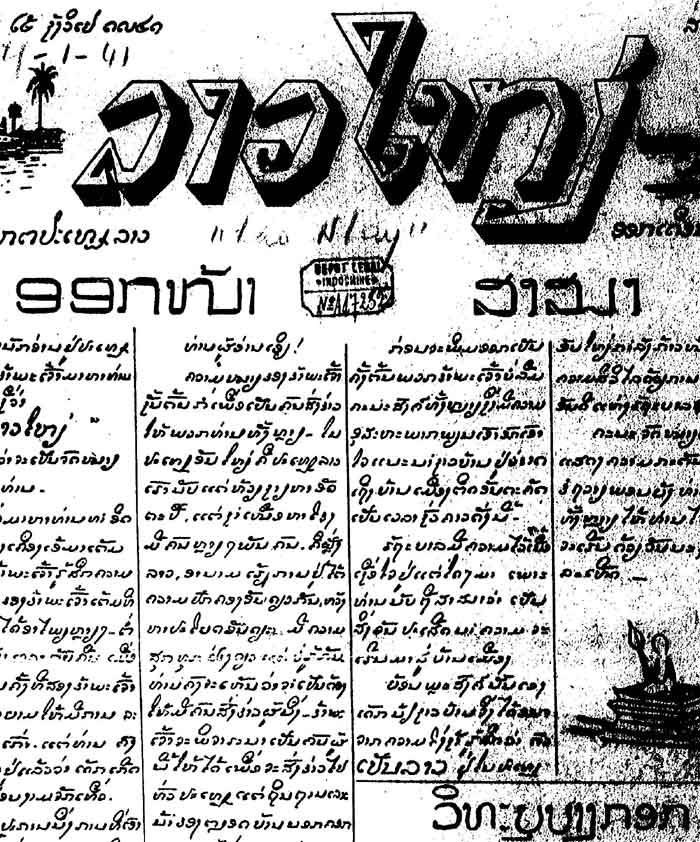 The National Library of Australia has recently acquired microfilm of the Lao Nhay newspaper (1941 to 1945). Lao Nhay was the first Lao language newspaper (in the first year it was hand written!). It was published fortnightly during WWII with Vichy French support. The historian Soren Ivarsson noted (in 2000) of its significance, “… 1) the historical narrative advanced to legitimise the emergence of a united Laos; and 2) the attempt to standardise a ‘Lao’ language in order to facilitate the national project.”

Here are some examples from the paper.