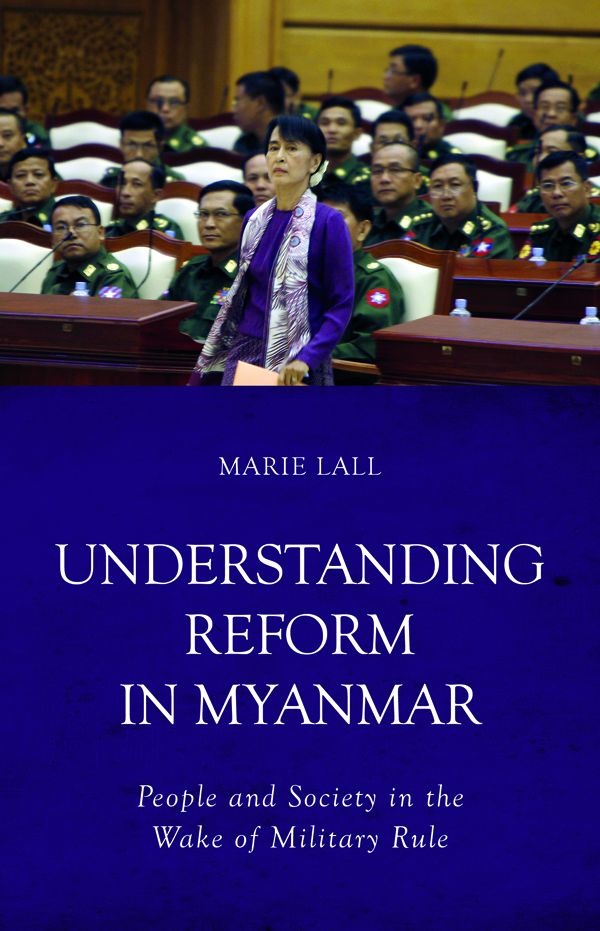 The past year has been hard for hopeful Myanmar observers.

The notion that the country is moving further away from a peaceful, democratic and inclusive polity despite the election of Aung San Suu Kyi’s National League for Democracy (NLD) has gained increasing traction in recent months. Much needed socio-economic and constitutional reforms have progressed much slower than many expected. Hostilities between the Myanmar military (Tatmadaw) and the Kachin Independence Organisation, as well as ‘clearance operations’ in northern Rakhine State which included shocking abuse of civilians by security forces, have driven thousands of people to flee across borders to China and Bangladesh.

Meanwhile, the brutal assassination of U Ko Ni, a prominent Muslim lawyer and the architect of Suu Kyi’s State Counsellor position, at Yangon Airport on 29 January is an ominous reminder of the intense resistance that remains to a truly democratic Myanmar.

Those who see an unravelling transition would benefit greatly from reading Marie Lall’s engaging book, Understanding Reform in Myanmar (Hurst Publishers, 2016). Part memoir, part revisionist history, it provides an insider’s account of Myanmar’s journey since the mid-2000s, and the people and processes that she argues have enabled the reforms which thrust Myanmar into the global spotlight in 2011.

The book is based on Lall’s time working with reformist civil society organisation (CSO) Myanmar Egress and other groups which pushed senior regime members to find a way out from the apparent stasis of the mid-2000s. Spread over seven substantive chapters, a recurring theme of the book is legacies — especially the implications of earlier military strategies upon reforms of the mid-2000s and throughout President Thein Sein’s administration. These included the role of regime-linked CSOs such as Myanmar Egress in the growth of civil society during the 2000s (chapter one); active engagement of citizens in national and state elections in 2010 and 2015 (chapter two); the rapprochement between the Tatmadaw and the National League for Democracy (chapter three); the nationwide peace process (chapter four); as well as reforms to Myanmar’s economic (chapter five) and education systems (chapter six). Obstacles to reform and by-products of these changes are also assessed, including the rise of assertive Buddhist nationalist groups (chapter 7).

Strongly rejecting the notion that international sanctions motivated Myanmar’s reforms, Lall argues that Myanmar’s political transition had its roots in two policies of Khin Nyunt during his tenure throughout the 1990s as Prime Minister, and as Director of Military Intelligence (prior to his arrest in 2004). First, the 1990s ceasefires reached with numerous ethnic armed groups allowed civil society to mediate between armed groups and the government, and relaxed restrictions on CSO involvement in welfare provision. Second, the seven step ‘Road Map to Discipline-Flourishing Democracy’ announced in 2003 laid the roots of the regime-led transition that commenced with the 2008 referendum on a new constitution.

Networks crisscrossing business and government, formed in the wake of marketisation and licensing in the early 1990s, played a particularly important role in progressing reform. For instance, Lall recounts how entrepreneurs and high-level members of the junta collaborated and built relationships in the late 1990s and early 2000s through government-endorsed professional associations such as Myanmar Fisheries Federation. Lall vividly demonstrates the consequences of these earlier networks, particularly in providing the ‘wriggle room’ CSOs were able to negotiate as the transition began to take shape in the mid- to late 2000s. She recounts how entrepreneurs and activists often linked by blood, marriage or business to members of the military regime, worked these contacts during the mid-2000s and the Thein Sein period to influence the trajectory of the ‘top-down’ reform process.

Avoiding “the path of confrontation, protest and revolution” (6), which she argues was adopted by others such as the National League for Democracy and ethnic armed organisations, these groups instead worked for change by “push[ing] the internal boundaries as far as possible” while avoiding arrest through ‘well-calibrated’ moves and cultivation of senior contacts in Special Branch (27). Lall highlights the diversity within this regime-linked civil society clique on issues such as education, economic liberalisation and the peace process, and the influence they were able to have over various aspects of the ‘Road-Map’.

Yet despite this thematic breadth, the book’s focus on Myanmar Egress results in Lall adopting quite a narrow definition of ‘civil society’. The reader could easily be left with the impression that Myanmar in the mid-2000s had only three or four CSOs or non-governmental organisations. This is despite the fact that, as Brian Heidel, David Steinberg, Jasmin Lorch, Helen James and others have highlighted, Myanmar saw a mushrooming of community-based and local advocacy groups from the early 1990s onwards, many of which quietly navigated government and pushed for reform, much as Myanmar Egress did. A deeper sense of how Lall’s Yangon-based partners engaged with pre-existing networks in provincial areas – especially in areas of livelihoods, disaster assistance, the peace process, as well as election observation – would give readers a better idea of how state-society relations was navigated at a local level during the 2000s and the early Thein Sein period.

Despite this, the book presents a useful perspective on the highly contingent nature of negotiation between civilians and regime officials in recent Myanmar, and the historical roots of these ties. Simultaneously, it sheds light on many of the tensions and dynamics that continue to shape the country in 2017: the imbalanced relationship of oversight between civilians and the military, and thus the importance of individuals and groups which serve as ‘bridges’; the continued influence of military-linked business elites over economic and reform and redistribution; the pervasive fear of student and ethnic uprisings, which shapes policy towards students unions as well as ethnic mother-tongue education; and the reluctance to address the political and economic roots of anti-Muslim and particularly anti-Rohingya prejudice across the country. The importance of civilian-military relationships developed during the 1990s and 2000s also helps explain why Aung San Suu Kyi has chosen to retain a number of spokespeople and advisers from the Thein Sein government in her own administration.

In this sense, as Lall’s account suggests, Myanmar’s reforms are best viewed in decades and through the prism of legacies of earlier policies which allowed room for maneuver but embedded military interests. ‘Understanding Reform in Myanmar’ is an engaging account of continuities and change during Myanmar’s evolution from a pariah regime, and offers much to scholars of politics, civil society and reform in Myanmar as well as regime-led transitions more broadly.

Gerard McCarthy is co-convenor of the 2017 ANU Myanmar Update ‘Transformations’ to be held at the Australian National University on 17-18 February. To register head to http://myanmar.anu.edu.au/.

Understanding reform in Myanmar is available from Hurst Publishers.