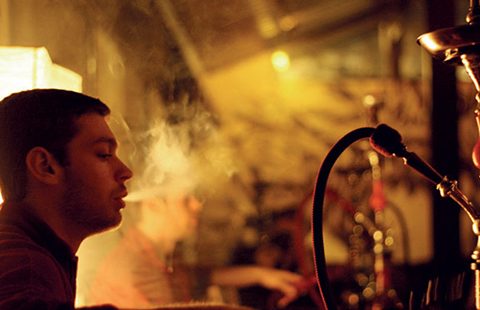 Living in sin in Singapore? What the ban of shisha says about vice and morality in the island nation.

When Singapore banned the sale, distribution and consumption of shisha tobacco in 2014, and more recently tightened restrictions on the sale and consumption of alcohol, observers wondered what these clampdowns would mean for civil freedoms in the nation.

These moves have clearly laid out a set of values for the nation, with the government having to defend its position in the face of much criticism over the gross limitation of its citizens’ rights.

In the regulation of shisha and alcohol consumption, one main purpose is to restrict or control usage. Legislation places an overt negative social meaning on what the state deems undesirable, and creates disincentives against such conduct.

The ban on shisha sales in Singapore under the Prohibited Tobacco Products Regulations Act seeks to control the supply, circulation and sale of shisha. Such legislation is specifically targeted at curbing intake. This is not unlike countries in the region governed by Sharia law that strictly prohibits the sale of vice substances such as alcohol to Muslim citizens.

So why all the huff and puff over how some Singaporeans like to get a little ‘buzzed’?

Vices are illegal behaviours usually associated with prostitution, pornography, gambling, drug use, and, in some countries, alcohol consumption. Such activities have tangible impacts on societies, especially when monetised.

But, the economic benefits of vice are far more visible than the non-quantifiable consequences of partaking in pernicious pastimes from time to time. For one thing, through regulation (like tax) and punishment (fines), vice is a valuable source of government revenue.

Governments favour imposing an excise or consumption tax on vices because it is the most effective way of controlling people’s behaviour. Tax on tobacco or alcohol acts as a strong deterrent for the consumer.

However, beyond making a quick buck, the social responses and consequences of vice should not be ignored. There is no doubting the entertainment and recreational value of vice. Users feel that the price paid is a small exchange for the fun and amusement derived from their little irreverence, outweighing any potentially exorbitant financial and personal costs.

Some even think vice adds cultural value to neighbourhood enclaves nestled in various districts of the cityscape. For example, the sale of shisha tobacco in Singapore’s Geylang Wisma area gives this locale a distinctive Middle Eastern ambience, adding worth to the precinct’s heritage and preservation values.

That being said, vices can be undeniably harmful. Consequences range from direct hurt to the user through to other negative impacts, such as environmental nuisances to grim risks faced by freeloaders. Poor health consequences also translate into a loss for the nation’s economy.

If lifespans are economic dams, then every loss of life contributes to another drop seeping through cracks of the nation’s wellspring. Furthermore, there are numerous social consequences, including disruption to family life, a decline in community safety standards, and an increase in violence and crime.

The difficulty then is how to exactly measure these costs against the intangible benefits to entertainment, recreation and culture. After rigorous parliamentary debates taking into account the costs and benefits, the Singapore Government decided to adopt a firm stance in view of the consequences resulting from vice use.

But it is also more than that – regulation of vice speaks to the very soul of Singapore and how the nation sees itself.

With the enactment of state regulation in Singapore, neighbourhoods across the city become normalised as the same standards of moral and ethical behaviours are imposed regardless of location and circumstance. Property values are also better cushioned against sharp slumps and devaluations. The right of the general populace to safety and security is also restored when enforcement of new rules are administered promptly and firmly.

Once again, Singapore is formalising its values through these new regulatory measures. The nation holds a strong sense of responsibility towards nation building. As such, the state has deeply considered what accounts for acceptable behaviour, at what time, in what setting, and which activities are judged unacceptable and punishable by law. The government has once again made it clear that the pursuance of desirable societal values is one of its key priorities.

Last year, Singapore marked its 50th year of independence. In this next phase of the nation’s history, governance under a new generation of leaders leaves one wondering if stricter regulations really improve the attractiveness of this ‘lawful’ city.

Stacey Yew is a graduate of the Crawford School of Public Policy at the Australian National University.