Mahathir, watch out – Haris Ibrahim is out to get you! 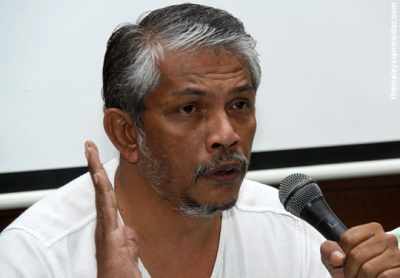 Free Malaysia Today has an excellent interview with Haris Ibrahim, president of the newly formed Malaysian Civil Liberties Movement (MCLM). Find out what motivated this successful lawyer to give up a lucrative legal practice to devote his time fully to the MCLM.

And the 52-year-old president of the fledgling political outfit, Malaysian Civil Liberties Movement (MCLM), recalled the life-altering lesson which he had learnt from the gardener.

“I was driving past the golf course and I saw a gardener fashioning a crude cardboard shelter for herself in the shrubs… I threw my clubs away that day,” he said.

The end of innocence:

“On Nov 19, 2000 I headed up to Kelantan to see if I could offer help to the four apostates,” he recalled. “There was mayhem in the Syariah Court when they renounced Islam and I witnessed the worst case of injustice that day.”

“Four unrepresented individuals were treated with great hostility and imprisoned because the court refused to recognise their constitutional right under Article 11. After the sentencing, I went to their village and promised to help,” he said.

In his idealistic eyes, the situation was simple – a miscarriage of justice had occurred but this would be set right once the law took its course. That was to be his first of many bitter jolts.

After the umpteenth jolt, Haris finally concluded that the judiciary was no longer serving the people. And in one fell swoop his childhood dream disintegrated.

A friend suggested blogging instead.

Having no idea what a blog was, Haris turned to Google, and found to his bewilderment, hundreds of links to teenage diaries. He immediately dismissed the idea. His crash course in blogging came in January 2007 when he was asked to defend journalist, Ahiruddin Attan, and Jelutong MP, Jeff Ooi.

“I launched my blog, The People’s Parliament, in April that year and one thing after another led me to where I am today. But if you had told me 15 years ago that I’d be here, I would have said you were mad.”

How will it end:

For many traversing the political landscape the road ahead can be an endless stretch, but Haris assured that he has an end in sight. This end however hinges on two prerequisites.

“I want to see a reform government in place and a serious move to prosecute former premier Dr. Mahathir Mohamed in order to reinstate the national wealth that he has hijacked,” he asserted.