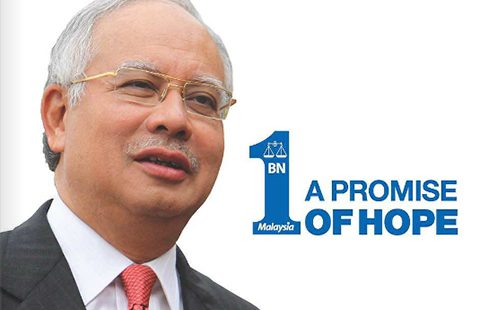 High-level financial scandals in which public funds are used for private gain and corporate welfare are a common feature of Malaysia’s modern political economy. They also form the foundation of the regime’s ongoing rule.

Malaysia is once again in the midst of a serious political scandal, with the allegation that the government-run investment company 1Malaysia Development Berhad (1MDB) has been used to funnel approximately US$ 700 million to a personal account of Prime Minister Najb Razak.

Media commentary on the scandal is full of superlatives, with Financial Times deeming it “biggest financial scandal in [Malaysia’s] modern history.” Danny Quah, writing for the Malaysian Insider, evokes 1MDB as evidence of a Malaysian political system that has lost its moorings after decades of success.

The political firestorm of the 1MDB scandal is real, and has the potential to become one of the most serious threats that the Barisan Nasional regime has ever faced.

But corporate and financial scandals like 1MDB are nothing new in Malaysia’s political economy. Observers of Malaysian politics should take note of the many historical antecedents of today’s scandal, many of which happened during an era described by Quah and others as an era of dynamism, optimism, and economic and political success.

More than 30 years ago, Malaysia was rocked by what opposition veteran Lim Kit Siang called the “scandal of scandals” when Bumiputra Malaysia Finance, a Hong Kong based subsidiary of state-owned Bank Bumiputra Malaysia Berhad, was found to have engaged in a wide range of shady dealings with the Carrian Group, a major player in Hong Kong’s booming property market.

The sordid details include not only imprudent lending to a high flying connected borrower, but also the murder of a BBMB auditor who questioned the propriety of the loans! The BMF scandal was just one of many cases during Malaysia’s mid-1980s recession in which government-affiliated corporations–founded to create and steward wealth for bumiputeras–rescued connected firms.

Scarcely 10 years later, the Asian Financial Crisis struck Malaysia hard. As is well known, the regime moved swiftly against its domestic opponents at the same time that it implemented its audacious adjustment package of capital controls and macroeconomic stimulus.

But at the same time, the regime shored up its corporate base as well. Funds from the state pension fund were used to rescue United Engineers (Malaysia) Berhad, which had borrowed to purchase shares in its parent company Renong, which served as a holding company for UMNO corporate assets. BBMB too was bailed out–yes, again–but this time by Khazanah, the government’s investment arm operating under the Ministry of Finance.

Other politically-linked firms found respite from the crisis as well, as Terence Gomez and Jomo KS detailed in their magisterial book Malaysia’s Political Economy: Politics, Patronage, and Profits. The crisis saw so many bailouts of so many connected firms using public funds that observers often forget that each one was a significant scandal on its own.

High-level financial scandals in which public funds are used for private gain and corporate welfare are a common feature of Malaysia’s modern political economy. What makes 1MDB so special is that it implicates a politician who has struggled to cultivate an image as sitting above the corruption, graft, nepotism, and crime that are so characteristic of Malaysian politics (the decade-old Altantuya case notwithstanding).

The finding that funds were transferred to a personal account of Najib himself does not help. It strikes most observers as the height of venality to hold, as Minister of Youth and Sports Khairy Jamaluddin recently has, that there is nothing amiss in donations to a ruling party being channeled through a sovereign wealth fund and held in the personal bank account of a sitting Prime Minister.

One reason why Quah finds 1MDB so problematic is that it, for him, it represents the exhaustion of a political and economic order that brought great economic opportunity to ordinary bumiputeras without killing Malaysia’s economic growth. The 1MDB scandal shows how cronies “exploit…for self interest the very instruments designed to help others.” But if Malaysia’s political economy has a long history of scandals like 1MDB, the BN also has a long history of favoring its high-flying allies in the corporate sector.

The active role that the BN regime has played since 1971 in allocating opportunities and directing credit enables such favoritism, and its efforts under the New Economic Policy to expand rapidly the bumiputera corporate sector make it almost inevitable. Already by 1981, scholars such as Lim Mah Hui were able to show that half of all Malay directors of listed firms had political or administrative backgrounds (the figure for non-Malay directors was six per cent).

Yes, Mahathir’s actions as Prime Minister matter for understanding why UMNO politics and Malaysia’s political economy have developed in the way that they have, as Dan Slater has so cogently argued. But the enabling conditions for such scandals are part of the very foundation of the BN regime’s strategy for durable authoritarian rule. Najib works within the political system that his father, former Prime Minister Tun Razak, helped to create.

The use of public funds to reward and protect corporate allies is endemic to Malaysia’s political economy under the BN. It operates alongside a serious effort to favor bumiputera interests–indeed, to construct these interests through social and economic policies that nurture a particular notion of bumiputera-ism and Malay identity.

In my 2009 book on how the BN survived the Asian Financial Crisis, I termed these policies a “constitutive part of the BN regime.” The great strength of UMNO and the BN is that even with all of its high-level financial scandals, the redistributive machine of the New Economic Policy and its successors continues to function remarkably well.

Understanding this history helps to understand the prospects for reform. That government-affiliated firms were involved in shady dealings tied to regime elites and their corporate allies 30 years ago does not in any way diminish the seriousness of the 1MDB affair today. That these were symptomatic of the strategy of coalition building, economic development, and regime maintenance pursued since 1971, though, reveals why regulatory reform or political change at the top will be insufficient to prevent the recurrence of future scandals.

Even if Najib succumbs to some challenger within UMNO, that challenger will himself be a product of the same system that produced Najib and his deputies, and will be forced to work within that system as well. Meaningful reform in Malaysia’s political economy requires a more fundamental change to the logic of rule and stability that the BN has pursued since 1971.

For obvious reasons, this is unlikely to come from within the regime. And for proponents of the kind of thoroughgoing regulatory, corporate, and political reform needed to prevent scandals such as 1MDB in coming years, the failure of Malaysia’s opposition coalition could not come at a worse time.

Tom Pepinsky is Associate Professor of Government at Cornell University. You can read more of his writing at his blog.